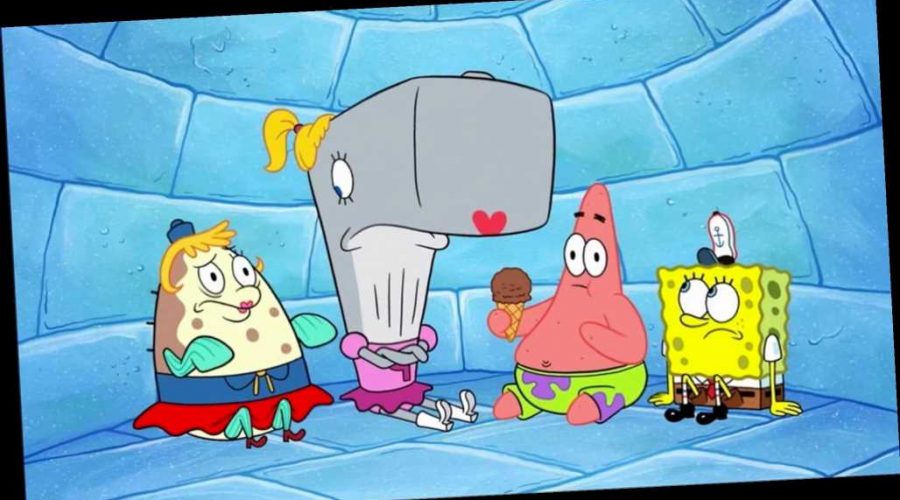 An episode of SpongeBob SquarePants that involves a "clam flu" virus has been pulled from Nickelodeon due to "sensitivities" with the ongoing COVID-19 pandemic, EW has confirmed.

The episode, "Kwarantined Crab," hails from the kids cartoon's 12th season and sees a health inspector quarantining the patrons of the Krusty Krab restaurant after discovering a case of clam flu. Anyone assumed to have the virus is shunned and thrown in a refrigerator.

"The 'Kwarantined Crab' centers on a virus storyline, so we have decided to not air it due to sensitivities surrounding the global, real-world pandemic," a spokesperson for Nickelodeon told EW. The episode can also no longer be found on Amazon and the Paramount+ streaming platform.

Reps for Paramount+ and Amazon did not immediately respond to EW's requests for comment.

Nickelodeon also confirmed that a second episode had been quietly removed since 2018, "Mid-Life Crustacean" from season 3.

The 11-minute installment sees Mr. Krab having a mid-life crisis and going on a nighttime romp with SpongeBob and Patrick. That involves breaking into a woman's home and stealing her underwear. The episode is not available on Paramount+ and Amazon, and hasn't aired on Nickelodeon in the past four years.

"'Mid-Life Crustacean' has been out of rotation since 2018, following a standards review in which we determined some story elements were not kid-appropriate," the network spokesperson said.

While Nickelodeon did not elaborate further on what they meant by "sensitivities," the Asian communities in the United States and around the world have faced escalated discrimination during the past year, and entertainment industries have been responding accordingly.

Former President Donald Trump repeatedly referred to COVID-19 as the "China virus" or "Wuhan flu," among other derogatory names, though the World Health Organization urged people not to use such terms. Violent and racist acts against Asian people increased dramatically in 2020.

Scholastic publishing and best-selling Captain Underpants author Dav Pilkey removed the children's graphic novel The Adventures of Ook and Gluk from circulation as it "perpetuates passive racism" against Asian people.

Dr. Seuss Enterprises had also announced in March that it would discontinue six Dr. Seuss books due to insensitive and racist depictions.

This story originally appeared on ew.com