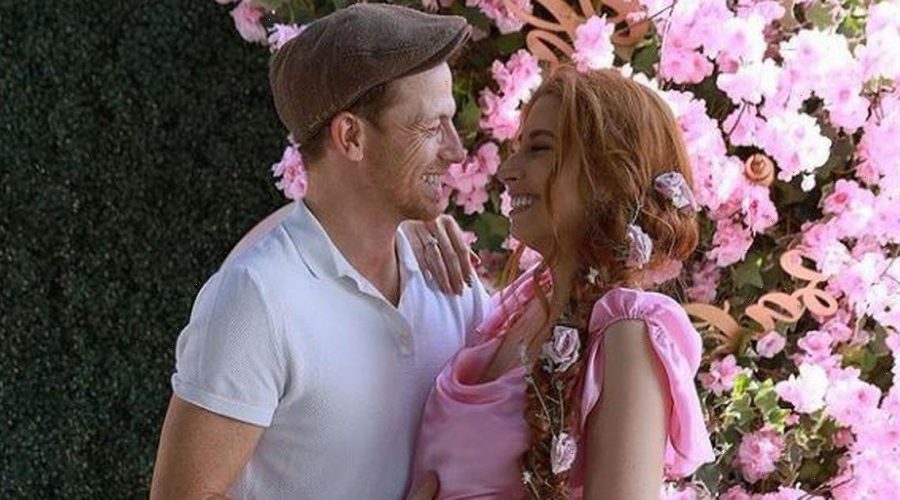 While Stacey Solomon and family are revelling in the newborn delight of her baby daughter, her fans were thrilled to hear the family's newest addition's name in full yesterday.

The presenter introduced the world to Rose Opal Esmè Solomon-Swash via Instagram, an announcement promptly met with thousands of likes almost instantly.

The Loose Women panellist gave birth to her first baby girl on Monday, 4 October, Stacey's 32nd birthday. This is the second child that Stacey shares with her fiancé Joe Swash as well as raising their two other sons from her previous relationships.

Sharing a photo of the newborn alongside a pink rose stem, the 32-year-old disclosed her daughter's full name, including the sweet middle names.

Get exclusive celebrity stories and fabulous photoshoots straight to your inbox with OK! 's daily newsletter. You can sign up at the top of the page. Stacey posted a gorgeous snap of her daughter in a pink onesie laid next to a matching pink rose to finally reveal the baby's name, Rose Opal Esmè Solomon-Swash.

The star penned: "Rose Opal, Esmè Solomon-Swash. Our beautiful flower – Our precious jewel – who is ever loved.

"It's been the most magical week. We love you to the moon and back, our little Rose. We feel so so lucky to have you here…." As well as being Stacey's birthstone, the opal stone also holds special significance to the couple as it features in Stacey's engagement ring.

In December 2021, Joe got down on one knee and proposed to Stacey in their garden, and, of course, she said yes.

Stacey had said of her stunning rock at the time: "Sometimes I take it off just to look inside it. Because inside it is two Australian Opals. "Opal is my birthstone, and Australia is where we fell in love. It gives me goosebumps every time I look at them."

The couple initially met on the set of I'm a Celebrity, Get Me Out Of Here in 2010 when former King of the Jungle Joe crowned Stacey the new winner and Queen of the Jungle.

But at the time, they both had partners, so they remained friends until 2016, when they finally went official as a couple after six years of friendship. In March 2021, they snapped up their dream £1.2 million 'forever home' in Essex and have been busy renovating and decorating it to exactly their tastes ever since.

Yesterday, fans also realised that Stacey had been dropping hints about her daughter's name in the decorations for her baby shower, which featured a wall of roses.

The flower also features in the nursery put together ahead of the baby's arrival.

This is the second child that Stacey shares with her fiancé Joe Swash as well as raising their two other sons from her previous relationships.