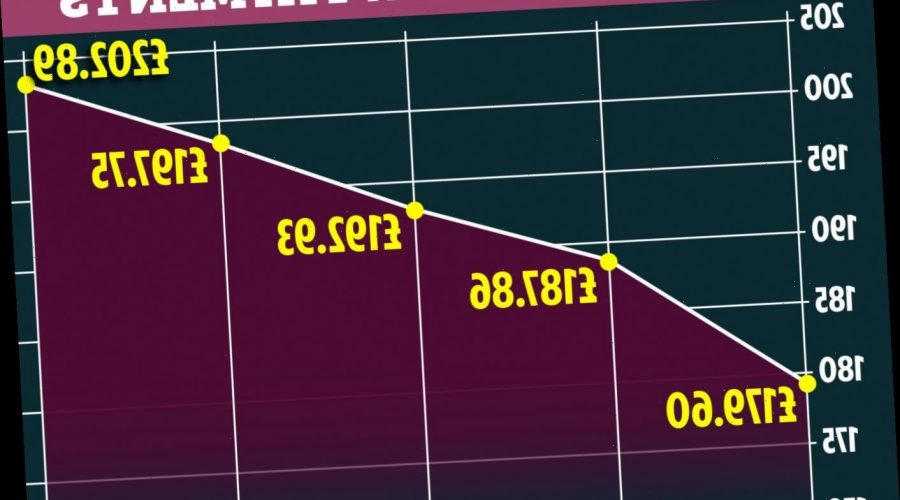 RISING wages as lockdown eases could see state pension payments soar next year and hit £200 by 2025, according to official forecasts – but experts warn this could be seen as unfair to younger generations.

The state pension is increased each year using a formula known as the triple lock and it is estimated to cost the Treasury billions per year. 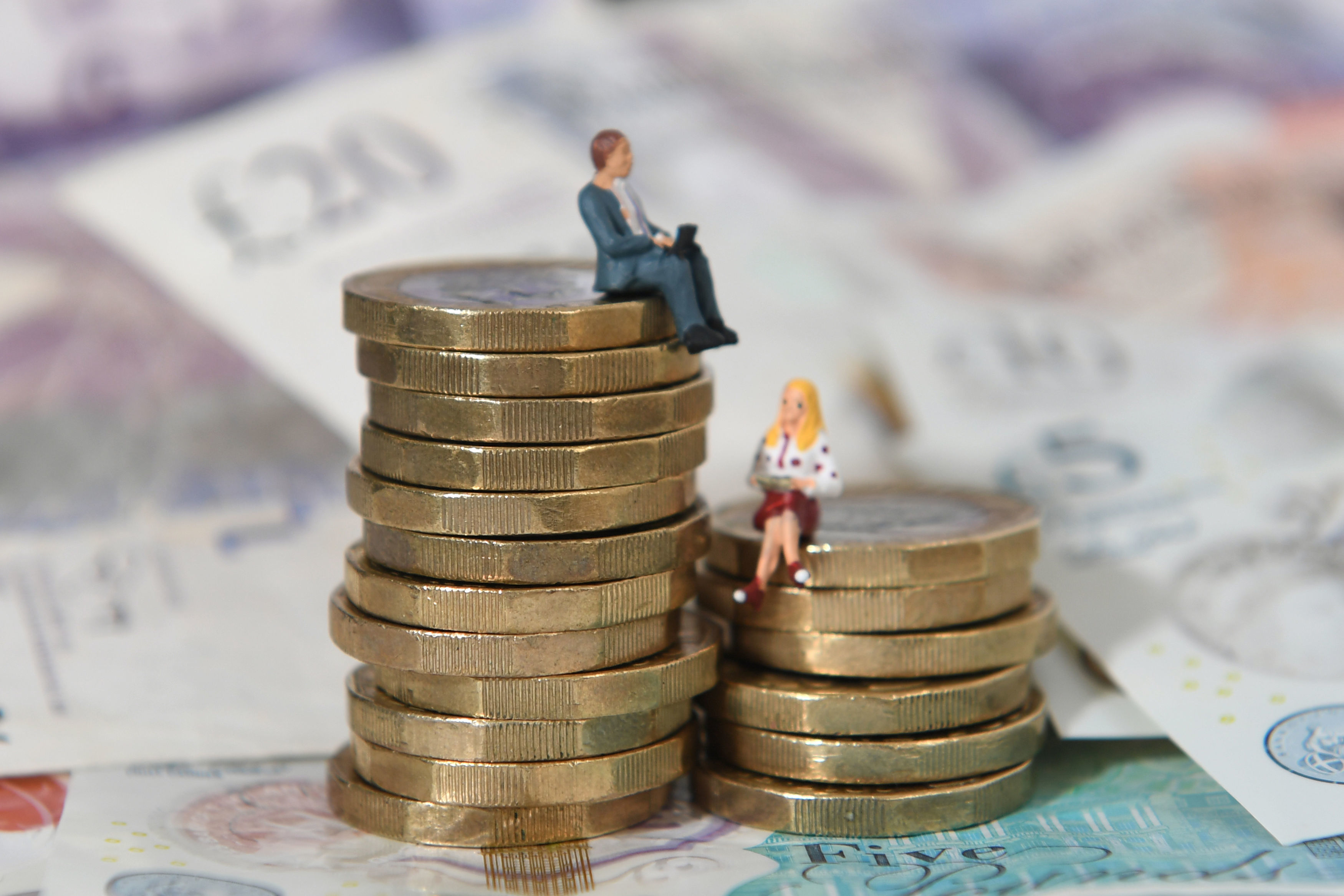 The triple lock is a calculation used to determine how much the state pension rises by each year.

It sees pension payments increase at the start of the tax year in April by the higher of average wages, the consumer prices index or 2.5% in the previous September.

The payments also cost the Treasury or the taxpayer money, with state pension payments making up around £100 billion of government spending.

The aim is to ensure that pensioner spending power remains in line with the cost of living. 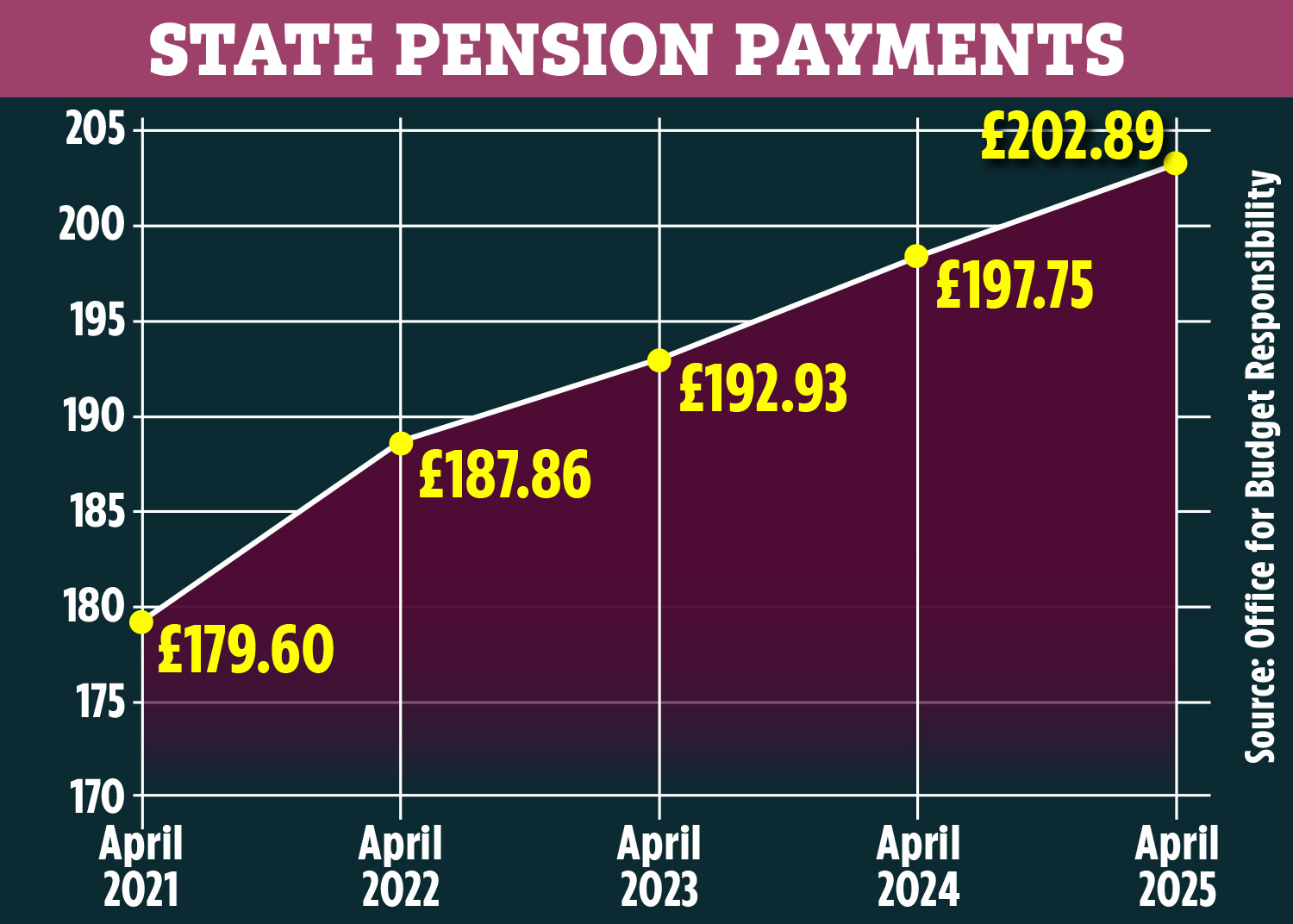 But forecasts from the Office for Budget Responsibility suggest the triple lock could rise by as much as 4.6% next April based on wage growth in the coming months as lockdown restrictions ease.

This could be seen as expensive for the government and unfair for younger generations, many of whom have been furloughed, faced pay cuts or lost jobs over the past year.

Former pensions minister Steve Webb, now apartner at consultants LCP, said: "With earnings depressed during furlough last year and then bouncing back this year, the average wage figure could surge and this could feed through into a larger-than-usual state pension increase.

How to save for your retirement

THE state pension doesn’t have to be your only form of income in retirement and you will most probably need other sources to maintain your standard of living.

Everyone over the age off 22 should be enrolled onto a workplace pension scheme or you could set up your if you are self-employed.

Employers must contribute a minimum of 3% into a pension scheme and employers have to put in 5% from their salary.

Those are just minimums though and while it may be hard to persuade your boss to increase their contributions, you can increase yours if you can afford it.

The more you contribute, the more you are investing in the stockmarket which could get you a bigger pot for your retirement years.

Your contributions also benefit from tax relief from the government, which boosts the amount you are putting away.

"The chancellor has a difficult judgment call to make.  Our state pension is still one of the lowest in Europe and is vitally important to many people in retirement.

"But at a time when inflation is very low and key public sector workers are facing pay freezes or 1% increases, he may find a large state pension increase more difficult to justify."

Rebecca O'Connor, head of pensions and savings at Interactive Investor, said a big state pension increase in years of high wages or inflation may feel unequal but added that it also benefits the younger generations.

She said: "Without the triple lock, the risk is that a pensioner's retirement income would stay the same even if prices and wages were going up elsewhere in the economy.

"This would erode the value of a state pension over time – potentially to the point where it could become worthless.

"Working people today are tomorrow’s pensioners and they will suffer most if the value of the state pension is eroded over time."

Steven Cameron, pensions director at Aegon, said a large earnings-lined state pension increase could raise questions of intergenerational fairness, but he added that there would also be issues if inflation increased.

He added: "There’s no doubt that there will be continued debate over whether this ‘triple lock’ is either affordable or indeed fair as the ramifications of the pandemic on national average earnings growth and price inflation continue to unfold."

Robert Salter, of advisers Blick Rothenberg, said it was unfair for the government to make changes such as restricting the lifetime allowance while carrying on with the triple lock.

He added: "Keeping the present system indefinitely would be dangerous for the underlying health of the UK economy and would undermine any attempts to try and ensure that there is – broadly – inter-generational fairness in pension policy."

The government confirmed in November 2020 that retirees will get up to £230 extra a year in their state pension from this April.

This was based on a 2.5% state pension increase after the consumer prices index (CPI) level of inflation reached 0.5% for September.

Meanwhile, earnings have been hammered due to the coronavirus crisis.

Not everyone gets the full rate and you need 35 qualifying years of national insurance payments to get the full figure.

We've rounded up everything you need to know about when you can retire in the UK and how you can claim a state pension.

The rise comes as the pension age for men and women increased to 66 on October 6, up from 65.

For some women, this will be six years after they were originally told they would be able to claim their retirement fund aged 60.