Steph & Dom solve your sex, love & life troubles: I simply can’t face a second lockdown with him at home

TV’s Steph and Dom Parker, 53 and 56, draw on their 23 years of marriage to solve your relationship problems . . .

Q: I’ve been with my boyfriend for 18 months. We’re both late-40s. At the start, things were wonderful: we fell head over heels in love. We lived apart (I have two daughters, aged ten and 13), but he would stay every other weekend when they were at their dad’s.

When lockdown began, he moved in — and drove me mad. He did nothing wrong and helped with the chores, but just being there all the time got on my nerves. My ex worked away a lot, so I had my own space.

I do love him, but the thought him moving back in for any new lockdown, or permanently, is making me sick with worry. 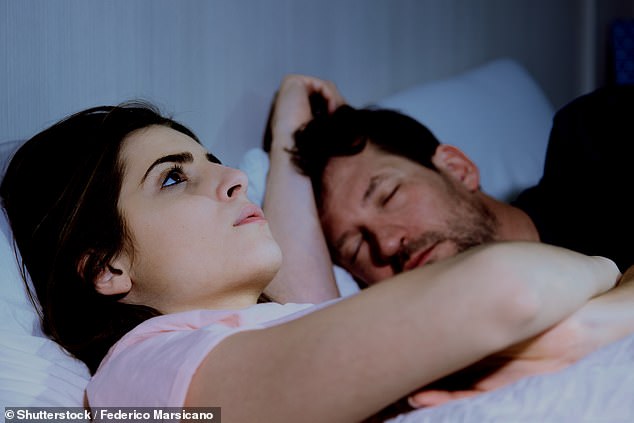 If I tell him he can’t move in, he’ll be so hurt he’ll dump me, but if I say he can, we’ll split anyway. My ideal, would be to stay together, but live apart.

How can I broach that? Am I shooting myself in the foot?

DOM SAYS: Firstly, I’d like to say I’m delighted you’ve found love and that lockdown wasn’t as painful for you as for many others.

I realise your boyfriend drove you bonkers, but you might do well to imagine how you’d have felt if you’d been on your own. Which is not to say that I don’t understand your predicament.

For although this is an unusual letter to receive, you are not alone. Steph and I often joke that we are better as a couple because we sleep in different rooms, and would be better still if we had different houses in different counties and, some days, different countries. If that were the case then we wouldn’t be a great couple, we’d be an absolutely fantastic one!

Joking aside, you are not alone in wanting your own space. I have friends who live next door to each other and are very happy. It’s not wildly unusual.

Your problem is getting your partner to understand how you feel — and seeing if living apart would work for him. The conversation needs to happen. If he’s blithely unaware of how you feel, then you’ll split anyway.

I’m sure there isn’t a person reading this who doesn’t love doing the things they do secretly, when the other is away.

Some of us just need a little time alone to stare into space or watch telly in peace to recharge our batteries. 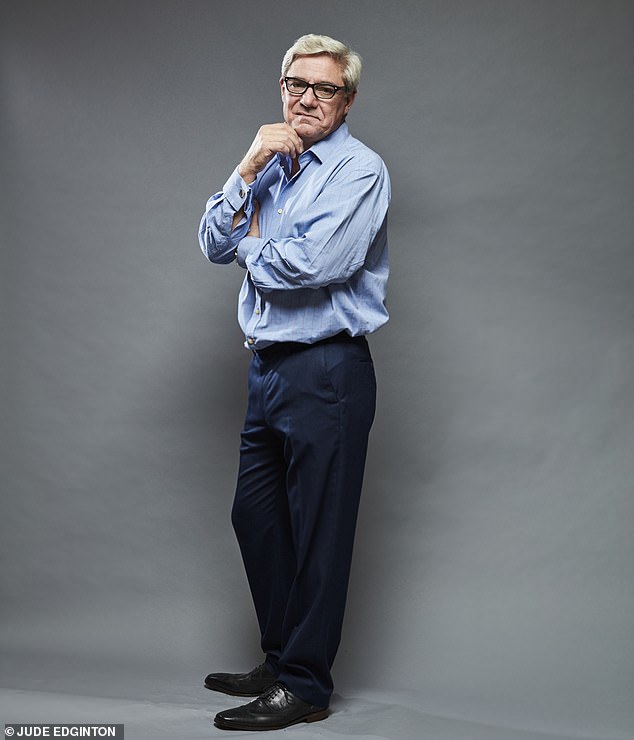 This will not be the easiest conversation to have. Start by telling him you love him, then that you need time, but he musn’t get the wrong idea.

Point out you’ve become used to living alone and it suits you. Present him with the situation and give him the opportunity to accept that the next step would be to live closer together — but not in the same house.

Fundamentally, this is a good test of his love. Does he care enough to live that kind of life?

He may surprise you — it may suit him to have a certain amount of freedom. For being together 24/7 is what drives most people apart at the end.

But if it’s not for him, then, let’s face it, it’s not going to work for either of you.

If he goes, he goes. If it’s not what he’s looking for, then he’s not who you’re looking for. At least you know what it is you’re searching for in your life, which is a step forward for you.

Don’t be afraid to tell the truth, and don’t be ashamed of your desire for personal space. Wanting to be on our own is natural. You simply need more time on your own than he does.

Be proud, tell him you love him and let him know you need more space. There’s nothing wrong with that.

STEPH SAYS: Thank you for writing to us with your dilemma. I can see this is difficult for you, but this problem has nothing to do with your partner and your relationship, but with your inner turmoil.

One thing I have learned is that most emotional issues are born of fear or love. So which one do we have here?

In your letter, you say you have no wish to share your space with anyone, and then go on to state that you love your partner very much. So my first thought is about your independence and your fear of losing it. 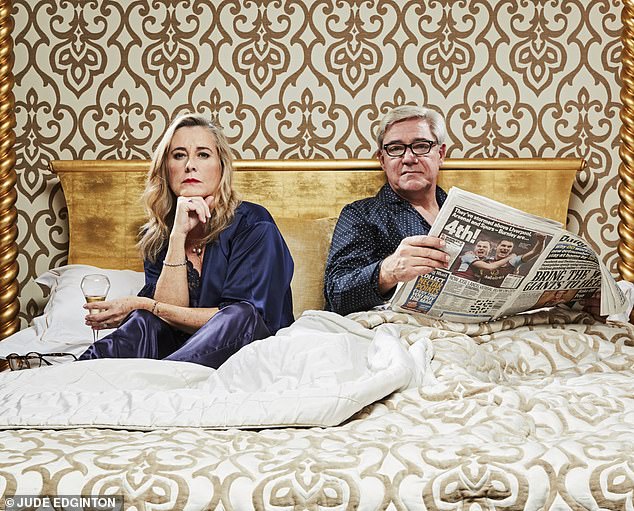 Steph said the woman should consider if she truly loves her boyfriend because when you love someone, you share. Pictured: Steph and Dom

Your ex-husband used to work away a lot and you have been single for a while after the end of your marriage. So my guess is that you are so used to being on your own, that this new situation represents a huge change for you and your children.

It’s hard to share your space when you’re used to being the only decision-maker.

But when you love someone, you do it, you share. So it begs the question whether, deep down, you truly love this man. Have you considered that what you are really saying is that you don’t want to put down roots with him, and entangle him with your children’s lives, because you’re not sure you’ll want to see those roots grow deeper in the future?

Living with another person can be irritating — and that is entirely normal. I could be here for a week listing all the things Dom and I do which drive each other crazy. But, well, it’s just daily life, and never hurts or does irreversible harm.

So firstly, I think you need to dig a little deeper to discover the truth about why you are reacting so strongly. If it’s because you don’t love him, then you know what you need to do. But if that’s not the case, you need to find out why you’re reacting like this.

Are you afraid that by sharing, you’re giving up your independence? I imagine it took a lot to build yourself up after your divorce. Showing your vulnerability and accepting love when you’ve been so strong can be hard — and scary. But if he’s the one for you, it’s worth the risk.

All relationships are about communication, and you two are not communicating well. I’d put money on him already knowing how you feel, though. He is probably just as scared of losing you as you are of losing him if you tell him he can’t move in.

So, what do you do? You seek your own truth, you work out what you’re so afraid of, and once you’re sure what that is, you talk. Be gentle. I hope in my heart that it all works out.

If you have a question you’d like Steph and Dom to tackle, write to: [email protected]dailymail.co.uk

05/10/2020 Lifestyle Comments Off on Steph & Dom: I simply can't face a second lockdown with him at home
Lifestyle