Wyatt Dennis and his parents discuss the inspiration behind his lemonade stand amid the annual Sturgis Motorcycle Rally.

Wyatt Dennis, an 8-year-old who is now referred to as "the lemonade kid," has become a rally stop favorite among the annual Sturgis Motorcycle Rally participants after his free lemonade stand went viral on social media.

The young South Dakota native was joined by his parents, Devin and Robin Dennis during an appearance on "Fox & Friends" to discuss the inspiration behind his thirst-quenching efforts.

"He was sitting on the porch watching all the bikes go by during the rally," his mother Robin told Fox News’ Ainsley Earhardt Monday.

From that day, Wyatt’s love for motorcycles and admiration for the rally-goers prompted his idea.

THE BARSTOOL FUND IS HERE TO STAY, LOOKING FOR A PHILANTHROPIC LEADER

However, after a post about Wyatt’s stand went viral, it captured the hearts of motorcyclists and everyday drivers.

"Where's that lemonade kid at? We’ve seen him all over the country on social media, we got to come meet the lemonade kid," his father Devin pointed out.

Wyatt’s lemonade stand has earned nearly $11,000 in which he will donate a portion of his earnings to St. Jude’s. As for the remaining funds, Wyatt hopes to purchase a dirt bike.

As bikers gather at the popular Sturgis stop, Robin says the turnout has been "unbelievable." 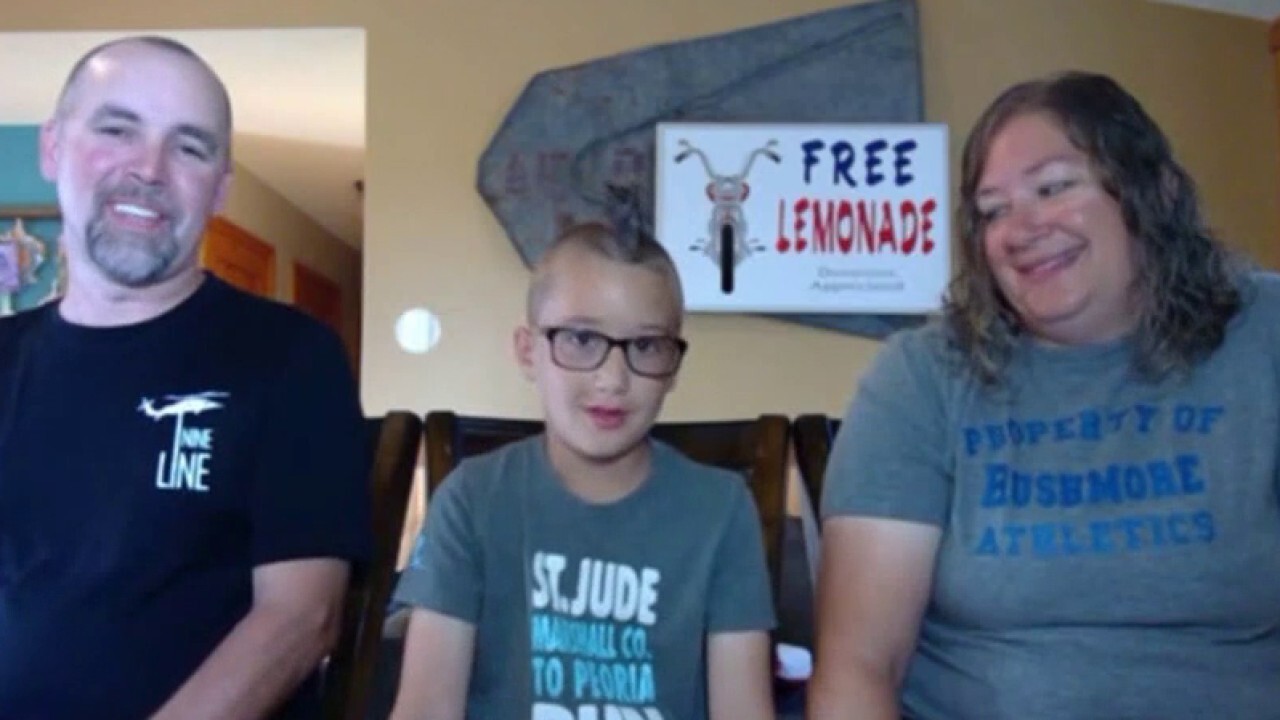 Wyatt Dennis and his parents discuss the inspiration behind the lemonade stand and how the funds will be donated.

"We were definitely not prepared for this, but it's just been awesome and it's amazing to see so many people not only come up and donate, but also pitch in with donating lemonade and just coming up with smiles on their faces," she said.

"It's just fun every day to see everybody that we get to see," she added.