A “Summer of Sorcery” means there’s going to be some magic in the night.

The Boss, according to those who attended the show at Saban Theatre, helped the Disciples of Soul perform the E Street Band’s “Tenth Avenue Freeze-Out,” the ’80s anti-apartheid anthem “Sun City,” and Southside Johnny and the Asbury Jukes’ “I Don’t Want to Go Home,” which was written and produced by Van Zandt.

“The change was made uptown when Little Steven joined the band!” sang Springsteen on “Tenth Avenue Freeze-Out.”

See it here: Bruce Springsteen-inspired ‘Blinded by the Light’ gets first trailer 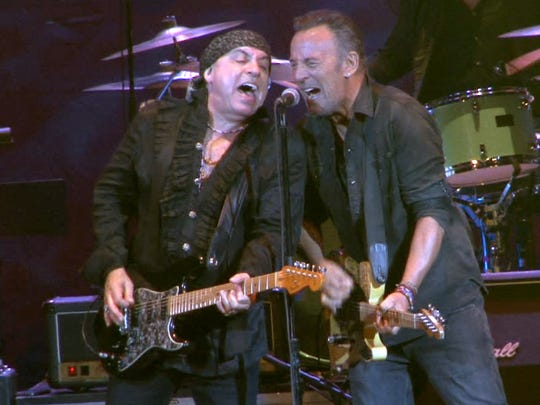 Both Springsteen and Van Zandt are members of the E Street Band and lifelong friends from the Jersey Shore.

“Summer of Sorcery,” released Friday, is the Disciples of Soul first album of new material since 1989’s “Revolution.” An East Coast record release show is set for Wednesday at the Paramount Theatre in Asbury Park, New Jersey.

05/05/2019 Lifestyle Comments Off on Surprise! Bruce Springsteen shows up to play with Steven Van Zandt at Los Angeles gig
Lifestyle