Sydney has won a fiercely fought theatrical battle in Australia to secure the premiere of the award-winning musical Hamilton.

The show, written and directed by Broadway wunderkind Lin-Manuel Miranda, is one of the hottest theatrical properties in the world and has been the subject of intense competition, with Melbourne and Brisbane also vying to win the musical. 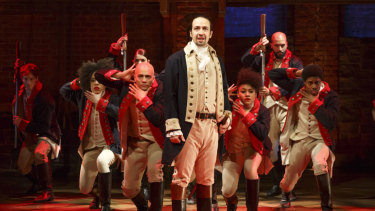 Hamilton will premiere in Australia in 2021.

Hamilton will premiere at the Lyric Theatre in Sydney in February 2021, New South Wales premier Gladys Berejiklian announced on Wednesday.

“Thank you to everyone in Australia who’s been asking for Hamilton. It’s on its way and we can’t wait,” Miranda said in a statement. 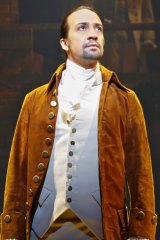 The musical tells the story of Alexander Hamilton's rise from a "bastard, orphan, son of a whore" to one of America's founding fathers and the first treasurer of the United States. It is described as the story of America then, as told by America now.

It has been critically acclaimed the world over for turning the language of musical theatre away from "show tunes" and instead using rap, hip-hop and R&B for the music.

The original production, starring Miranda, was nominated for a record number of Tony Awards and won 11, including best musical, best book, best score, best actor, best actress, best direction and best choreography. In 2016, Miranda was honoured with the Pulitzer Prize for drama for Hamilton. It was only the ninth musical to win the award.

When Hamilton opened on Broadway in 2015, it was initially seen as a risky project, with its combination of history, modern politics and contemporary music. Audiences at the time were flocking to musical adaptions of familiar brands, such as The Lion King and Aladdin.

But it was an immediate success, with The New York Times chief theatre critic Ben Brantley suggesting people might want to mortgage their houses and lease their children in order to secure tickets to see it. 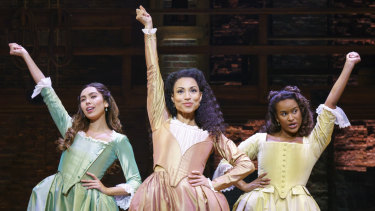 The show employs a diverse cast and producer Jeffrey Sellers said they are committed to continuing that in Australia.

The journey of Hamilton to an Australian season started around the time the Broadway production opened, according to Sellers.

"We have been talking to Michael for three years as well as Stephen (Found), the owner of the venue," he said.

"We had to get all our ducks in a row with getting our [US] domestic productions in and getting the tours off the ground, and then we had to get London going, but now we are thrilled to be announcing an Australian production."

Mr Sellers, who also produced the Broadway productions of Rent and Avenue Q, as well as Miranda's earlier musical In The Heights, said the show's commitment to diverse casting would continue in Australia.

"Lin wrote the role of George Washington for a friend who is a man of colour and a hip-hop artist, he was going to play Hamilton and he is Latino American. If you are writing a show that employs hip-hop as such a strong element, it is organic that the performers are diverse," he said.

"Hip-hop is a pure experience of the African American community, it made perfect sense to have the people playing these roles, singing R&B, singing hip-hop, to be from those communities because we were choosing people to serve the music and the lyrics."

The London cast members are drawn from Asian, Middle East and African backgrounds, and Mr Sellers said he would love to see Indigenous Australians performing in the lead roles.

"Can you imagine? Wouldn't that be incredible. Let's see if we can find someone," he said.

Casting briefs will be sent in June for auditions to be held later in the year.

An on-sale date for tickets has not been announced, but fans can join a mailing list at hamiltonmusical.com.au.