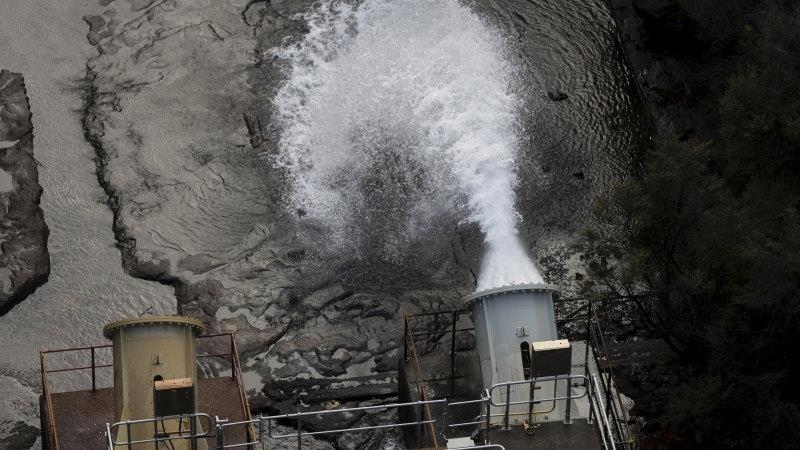 Sydneysiders will be encouraged to consider the use of purified sewage for drinking water to help diversify supplies as the population grows and rainfall patterns shift under climate change.

The proposal to explore the use of recycled water for potable uses, including the construction of a demonstration plant, is among a range of options detailed in the draft Greater Sydney Water Strategy released for public consultation on Tuesday. 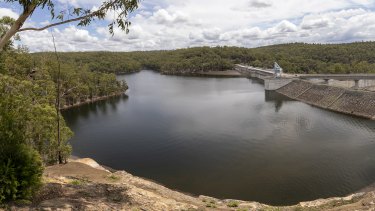 Warragamba Dam fell to less than 43 per cent full during the depths of the 2020 drought. Credit:Brook Mitchell

During Sydney’s 2020 drought, reservoir levels dropped at an unprecedented rate of about one-fifth of capacity a year. As dams were presently almost full, the time was ripe “to act decisively to secure sustainable water for the long term”, NSW Water Minister Melinda Pavey said.

“We need to plan now for how our growing city and region will use water wisely as Sydney’s population is set to grow to 7.1 million by 2041,” she said.

“Our analysis shows that we will need to invest in additional water supply in the next five to 10 years, then again around 2040 and once more by 2060.”

Asked about the report’s support for the use of purified recycled water for drinking, Ms Pavey said, “The review highlighted a range of options, and we’re eager to hear what options the community wish to further explore.”

Stuart Khan, a professor at the University of NSW and a member of the Independent Metropolitan Water Advisory Panel, said the draft plan “quite plainly” represented a shift in the tone of previous official statements about developing so-called rainfall-independent supplies, such as extracting pure water from sewage.

“As a community, Sydneysiders have not had an informed discussion about purified recycled water and I think it’s the right time to begin that discussion,” Professor Khan said, stressing he was not speaking on behalf of the panel.

“The proposal in the [strategy] is to develop a demonstration plant and that’s an excellent way to enable people to come and see what it’s all about,” he said.

“People will be able to see the technology, understand the safety measures in place, and get to observe the high-quality water that is produced.”

The report noted Sydney was far more reliant on rainfall than other major Australian cities. The Harbour City can meet only about 23 per cent of daily water demand if its desalination and existing recycling plants are operating at full tilt, compared with 34 per cent in Melbourne and about half in Perth and Adelaide.

“Our preliminary analysis shows that, over the past 30 years, average inflows to Sydney’s dams have been half the long-term average since records began in 1910, while significant flooding events have also occurred,” it said. “Future climate risks and extreme events mean we cannot meet our water needs by only using traditional water supply approaches.”

Ensuring the desalination plant operates more constantly could produce an extra 20 gigalitres water a year. That tally, though, would still leave a projected short-term deficit of as much as 70 gigalitres a year. (Current sustainable supply levels are between 515 and 540 gigalitres a year, or about the amount of water held by Sydney Harbour.)

“Increasing our rainfall-independent supply means we can enter periods of drought with higher storage levels in our dams, slow down storage depletion rates in times of drought and improve our response to shocks in the system, such as when bushfires or floods pose water treatment challenges,” it said.

Warragamba Dam spilling during last March’s floods. It was sitting at 96.3 per cent full on Monday, almost the same as a year ago.Credit:WaterNSW

Purified recycled water could provide as much as 200 gigalitres of water a year for a range of uses, although the report acknowledges the public would be wary of it coming out of their taps.

“While communities have indicated an openness to new supply options, engagement and consultation with customers and communities will be needed around the idea of using purified recycled water for drinking purposes,” it said.

Sydney’s west, particularly around the new airport, might be the obvious place to build a demonstration plant, not least because the area is expected to have rapid population growth and has limited additional supply options.

The planned Upper South Creek Advanced Water Recycling Centre could treat as much as 100 million litres of waste water a day from about half a million local residents.

“The project will include a diversified approach to water recycling that includes the potential for purified water to be used for environmental flows, supply to third pipe systems for urban greening, cooling and industry, and ultimately the potential to supply purified recycled water for drinking,” the report said.