Students and teachers alike are reporting instances of inappropriate behavior during e-learning sessions on Zoom as the coronavirus pandemic keeps some school buildings closed.

Zoom offers an online learning program for K-12 students that has become a useful tool for teachers and students since the early days of the COVID-19 pandemic, but the platform has also come under fire for privacy and security issues after hundreds of millions of new users flocked to the platform in the spring.

“We have been deeply upset to hear about these types of incidents, and Zoom strongly condemns such behavior," a Zoom spokesperson told FOX Business. "Zoom is committed to providing educators with the tools and resources they need on a safe and secure platform. … We take meeting disruptions extremely seriously and where appropriate, we work closely with law enforcement authorities."

Zoom's K-12 program called Zoom Academy enables "meeting passwords and virtual waiting rooms by default," as well as updated "screen share settings" to ensure that only teachers can share content, the spokesperson said. Some students and teachers, however, are still experiencing disruptions.

Zoom hackers, otherwise known as a "Zoombombers," on Tuesday gained access to a meeting between Columbine High School teachers and parents in Littleton, Colo., showing pictures of people being beheaded and shouting threats of a "2020 Columbine remake," according to Fox's Denver affiliate.

The local sheriff's office said it's investigating the issue. Columbine High School was the site of a 1999 massacre that left 13 people dead and many more injured. It was the worst school shooting in U.S. history at the time.

In Texas, at least one male Edison High School student lifted up his shirt in front of his teacher and classmates during a virtual class on Tuesday and started making sexual gestures and comments directed at the female teacher. The school district is looking into the incident, according to KSAT.

ZOOM IS TRYING TO BE EVERYWHERE, AS IT EXPANDS SUPPORT FOR ADDITIONAL DEVICES

One 13-year-old student attending Silver Creek High School in San Jose, California, named Makaylah Avila said her special education teacher appeared shirtless during a virtual class. Her mother, Elizabeth Aliva, encouraged her to snap a photo as proof to show the school, according to a Facebook post.

Aliva said in the post that Makaylah asked her "if it was OK for teachers to be naked on [Z]oom" after seeing the teacher shirtless, adding, "He made her feel so uncomfortable she couldn't even focus on the lesson, so I had her log off."

In North Carolina, there has been a wave of Zoombombing incidents across the state that local officials are investigating.

Zoombombers also targeted Graham High School in Alamance County on Tuesday with messages containing racial slurs including the N-word and the phrase, "Black Lives Don't Matter," as well as other sexist comments, according to the Burlington Times-News.

"We believe that the incident may be part of a wave of similar events happening in North Carolina and across the nation known as a Zoom raid with a purpose of disrupting classroom instruction," Jenny Faulkner, public information officer for the Alamance-Burlington School System, told the outlet. 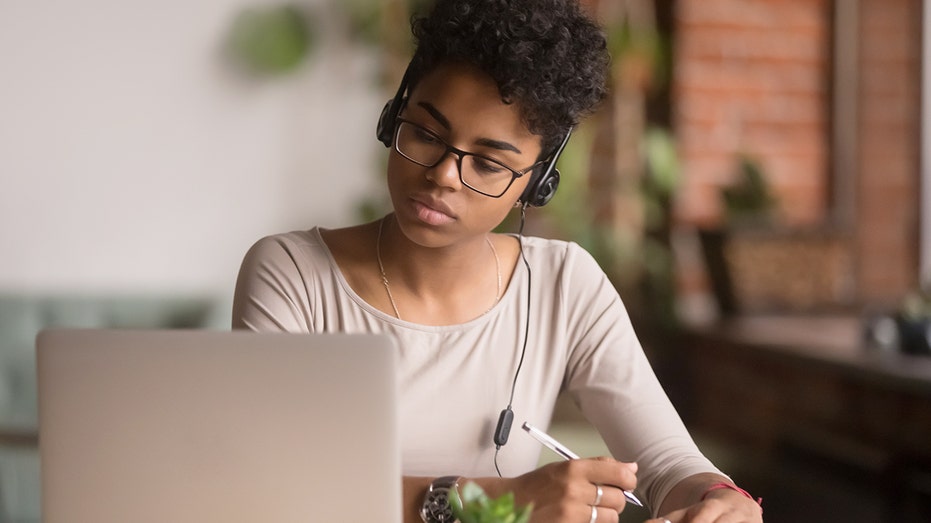 "Teachers: We encourage you to NOT post pictures of your virtual class on social media or elsewhere online. While it’s fun to share in the excitement of connecting over Zoom, we are particularly committed to protecting the privacy of K-12 users and discourage publicly posting images of students, especially minors, in a Zoom virtual classroom," a blog post reads.

The FBI warned of Zoombombing in a March 30 press release and encouraged people to report "teleconference hijacking, or any cyber-crime for that matter," to the FBI’s Internet Crime Complaint Center at ic3.gov.