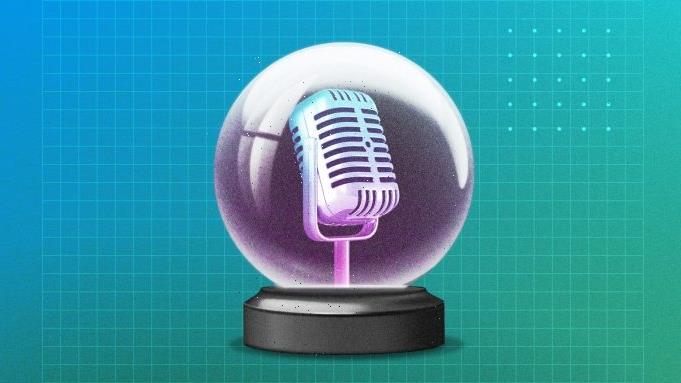 With podcasts conquering not just car dashboards, but earbuds and all points in between, it’s amazing anyone has time for actual, real life. In a post-COVID cocoon, those who crave music business schmooze turn to the next best thing via audio, offering deep dives into the record-making process, from creation to execution to distribution to analyzing the final result. In fact, everything you want to know about the new streaming music business is available right there on that phone you’re holding in your hand, on demand — what you want when you want it, in the words of that vintage early ‘80s cable TV marketing campaign. Here are some of the most prominent examples of the genre circa 2022 (in alphabetical order), even if the category lags behind crime stories and self-improvement in pure numbers.

60 Songs That Explain the ‘90s: Sports and pop culture pundit Bill Simmons’ “The Ringer” hosts vet music scribe Rob Harvilla’s series that micro-focuses on the Gen X heyday of grunge and Vanilla Ice, “Reality Bites” and Dimebag Darrell, Lisa Loeb and Radiohead, with just the mix of erudition and geeky fandom you might expect. Podcasts are now apparently the last refuge for all aging rock-crit types looking to fulfill their dreams of doing stand-up. Must-listen: Harvilla offers his top five ‘90s white rap songs, all from Tommy Lee’s era-ending “Methods of Mayhem” album, declaring “he ruined rap for everybody,” then introduces Stereogum writer and “The Number Ones” author Tom Breihan, who breaks down the decade-opening “Ice Ice Baby.”

Hit Parade with Chris Molanphy: If the charts are your thing, this Slate podcast is from the author of the site’s “Why Is This Song No. 1?” series, which looks back on a half-century of the Billboard Hot 100. Recent episodes include one on how the impact of “Angry Young Men” Joe Jackson, Elvis Costello and Graham Parker ushered in a new wave of rock in the late ‘70s, while the most recent installment analyzes how Glass Animals’ “Heat Waves” upset Harry Styles’ “As It Was” on Billboard’s year-end singles chart, and compares it to previous unexpected results, like Sam the Sham over the Rolling Stones in 1965 or the Knack topping Donna Summer in 1979. For Paul Grein fans.

The MBW Podcast: Talking Trends: With trade magazines looking more to a consumer audience, London-based Music Business Worldwide has become the source for some of the best reporting about the industry. This podcast offers more of the same, featuring in-depth interviews with international executives like Hipgnosis Song Management’s Amy Thomson, YouTube’s Lyor Cohen and Pophouse Entertainment’s Per Sundin, along with a cogent analysis of industry trends – from the amount of TikTok’s label payments to the slowing growth of streaming — by founder Tim Ingham.

The Music Marketing Manifesto Podcast: Musician and major label vet John Oszajca has touted the Internet as a solution for the independent artist for 15 years, developing a “direct-to-fan” marketing approach he dubs his “music marketing manifesto.” His podcast centers on case studies of bands using his approach, including a recent episode on the Empty Pockets’ Josh Solomon, whose album debuted at No. 1 on the blues chart, No. 3 Americana/Folk and Top 5 on the new artists chart, offering a peek inside that plays like being a fly on the wall at a marketing meeting. This is practical, how-to advice for those hoping to break through the static delivered with low-key conversational ease.

Noble Champions: Santigold, who recently canceled her tour due to financial considerations, launched this intriguing podcast on Talkhouse in October, as she sits down with a variety of guests, pairing artists and authors with activists and progressive thinkers on hot-button issues in the music industry and beyond. The last few installments have included Idris Elba and human rights lawyer Dan Kovalik on “cancel culture”; UGK rapper Bun B and anti-racist practitioner Resmaa Menakem on “racialized trauma”; actor/director Olivia Wilde and feminist writer Rebecca Walker discussing the challenges of balancing motherhood with creativity; and Questlove, radio personality Angela Yee and TV on the Radio vocalist Tunde Adebimpe on “what exactly is black music?”

Producergrind Podcast: All the nitty gritty for a producer to “get to business,” this often inside-baseball look at life behind the recording console has featured discussions with Lil Baby’s main engineer on how to send beats/loops, Monique on producer mistakes, Illmind on standing out from the competition; Taurus on how DJ-ing led to Gunna placements and Max Lord about working with Juice Wrld and Southside. The conversations are hosted by Producergrind founder CEODylan, whose back story includes starting to make beats after getting kicked out of his mom’s house. The site also offers various MIDI bundles, drum kits and sample packs.

The Rhino Podcast: Warner Music Group’s pre-eminent reissue label does what it does best, with host Rich Mahan putting a spotlight on the company’s release schedule, with the last few episodes featuring chats with Idlewild’s Roddy Woomble & Rod Jones on the first-ever vinyl release of their 2005 album, “Warnings/Promises.” Other installments include David Crosby on the 50th anniversary of his solo album, “If I Could Only Remember My Name”;  a chat with Gerry Rafferty’s daughter Martha on his new posthumous album, “Rest In Blue”; the 40th anniversary of the Replacements’ “Sorry Ma Forgot to Take Out the Trash,” and Tony Visconti on the legacy of T. Rex.

Rock’s Backpages: The perfect companion to the “Rhino Podcast,” this is the audio version of veteran U.K. writer/critic Barney Hoskyns’ online treasure trove of rock critic writings going back to the ‘50s and ‘60s, with a special emphasis on breaking news, like the recent episode devoted to Christine McVie after her death. Recent episodes have included such notable rock scribes as Chuck Berry author RJ Smith, Holly Gleason on the women of country, Richard Goldstein on Shadow Morton and the Shangri-Las, Wayne Robins on Steely Dan and Deborah Frost on heavy metal, Grace Jones and Foals.

Your Morning Coffee Jay Gilbert & Mike Etchart: Former Sound & Vision Radio hosts Gilbert and Etchart offer a weekly breakdown on the latest news and trends in what they term “the new music business,” supporting their company Label Logic – co-founded by Gilbert with Jeff Moscow — an artist services division which offers “everything you need” from marketing, digital strategy, streaming and playlists, creative, publicity, advertising and sync. Recent segments have focused on John Seabrook’s New Yorker article about TikTok stardom, Rolling Stone’s story on “The 50 Worst Decisions In Music History,” Bill Werde’s Hypebot story on the Taylor Swift/Ticketmaster dust-up, and Musonomics’ Larry Miller on “How Streaming Has Impacted the Value of Music.”