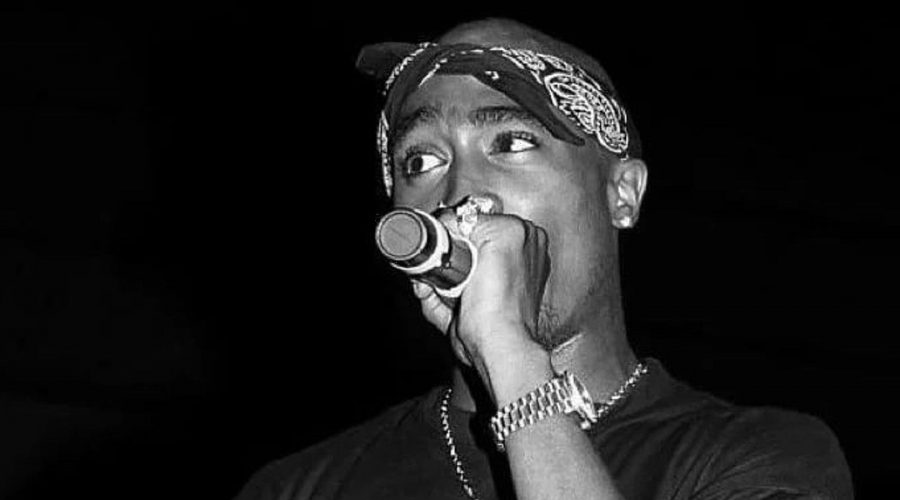 Hip-hop is a cultural movement associated especially with rap music. Its elements include emceeing, deejaying, breaking graft, and beatboxing. The ‘holy trinity’ of early hip-hop is a term used to recognize the three founders of this movement. The pioneering hip-hop DJs  included Kool Herc, Grandmaster Flash, and Afrika Bambaataa.

It became popular in the 1980s and 1990s as background music for rap, the musical style that incorporates rhythmic and rhyming speech and became the movement’s most durable and important art form. From its infancy to the modern day, the 21st century has seen remarkable evolution of the Hip Hop industry.

There are over fifty albums that have been recognized as multi-platinum or diamond, but only a handful of them depict some of the major turning points in hip-hop. From the rise of rap superstars to the establishment of this genre’s cultural significance, we can see the effect an artist has on the market through their record sales.

Here are the ten highest-selling hip-hop albums of all time.

Nelly’s debut studio album, Country Grammar, was certified Diamond by the Recording Industry Association of America (RIAA) in 2016. The record was initially released on June 27, 2000, and it remained at number one on the US Billboard Chart for a total of five straight weeks.

The album features Nelly’s signature rapping style, which pulls heavily on his Southern upbringing by blending standard American English with a twang typical of his home state of Missouri. Nelly incorporates his singing and rapping on every tracks, making Country Grammar a pop-rap album.

Since its release, the album has sold ten million copies.

One may say that The Miseducation of Lauryn Hill marked a watershed point for hip-hop and popular music in general. Hill broke the record for best first-week album sales by a female artist in the 20th century. The album entered the US Billboard 200 at the top spot. The lead track was also a Billboard Hot 100 top 10 entry. An unprecedented position on the charts for a female rapper.

At the 41st Annual Grammy Awards, The Miseducation of Lauryn Hill was recognized with ten nominations for several categories. The most prestigious of these honors is the Grammy Award for Album of the Year, which was given to this album, making it the first hip-hop album to win the award. The Library of Congress recognized the cultural, historical, and aesthetic significance of Lauryn Hill’s album in 2015 by adding it to the National Recording Registry. Twenty million copies have been sold of this masterpiece and cultural juggernaut.

There has never been a hip-hop artist before MC Hammer whose record has sold ten million copies. Please Hammer Don’t hurt ‘Em is his third studio album and most successful to date.

The album dominated the Top R&B/Hip-Hop Albums chart for a total of 28 weeks and spent 21 weeks at the top of the US Billboard 200. The album’s achievement at the top of the charts can be attributed in large part to the smash hit single “U Can’t Touch This.” Many films and TV shows have used this song in their soundtracks.

MC Hammer received criticism for including samples of other musicians’ tracks on his album. A case for infringement of copyright on “U Can’t Touch This” by Rick James was settled out of court when MC Hammer acknowledged James as a co-composer. Samples on the album include songs from Prince, James Brown, Faith No More, and Barry White.

Please Hammer Don’t Hurt ‘Em was the best-selling album of 1990 in the US and has 17 million copies globally.

In the United States, the rap group Beastie Boys first appeared in 1981. They were the best-selling rap group since Billboard began keeping sales records in 1991, and they were inducted into the Rock and Roll Hall of Fame in 2012.

The record company Def Jam and the music label Columbia Records collaborated to create Licensed to Ill. The album has been certified diamond in the United States, gold in the United Kingdom, and double platinum in Canada, and has sold a total of 10 million copies worldwide.

Outkast was an American hip-hop duo formed in 1992 consisting of rappers Andre 3000 and Big Boi. It is widely agreed that the duo is among the most significant and influential hip-hop acts of all time.

With over 510k copies sold in its first week, the album shot straight to the top of the Billboard 200. The album took home Album of the Year and Best Rap Album at the 46th Annual Grammy Awards.

RELATED: Show Business: The 10 Most Expensive Rap Videos Ever Made

Marshall Bruce Mathers III is widely regarded as one of the most talented and successful rappers of all time. It’s safe to say that Eminem’s success has been a major factor in reducing racial tensions in the hip-hop industry.

25 million copies of the album have been sold so far, earning it 11x platinum status from the Recording Industry Association of America.

Greatest Hits is a double-disc album by rapper 2Pac that was released after his death by Amaru Entertainment, Death Row Records, and Interscope Records. The highlights of 2Pac’s career are featured prominently throughout this album.

As an artist, he championed social justice in his music and called for equality for the minorities in the US. He is still revered as a trailblazer in the hip-hop community, even after his passing.

He received the first and only posthumous Grammy Award nomination for a song that had never been released before appearing on the album. Greatest Hits has so far sold 10 million units in RIAA sales.

America lost a great rapper and songwriter when Christopher George Latore Wallace passed away. He is often mentioned in the same breath as 2Pac as one of the all-time greats of rap.

Two weeks after Biggie’s murder on March 9, 1997, his double album Life After Death was released. Life After Death heavily contains feud references and subliminal disses addressing conflicts with other rappers during his career. Over ten million copies of the project have been sold.

All Eyez on Me is the last album released during Pac’s lifetime.

The album charted number one on both the Billboard 200 and the Top R&B/Hip-hop albums. Awards include the Soul Train Music Award for Rap Album of the Year. Sample credits also feature heavily on the album from various artists. Ten million copies have sold globally.

The Eminem show debuted at No. 1 on the billboard 200 and stayed put for six non-consecutive weeks. With almost 1.3 million albums sold in its second week, the album surpassed all others to become 2002’s best-selling album in the United States and around the world.

In 2022, the project was certified 12x platinum by the RIAA with global sales of 27 million copies. It’s also worth noting that the album reached number one in 18 other nations.

Sometimes the negative connotations of hip-hop have been more influential than the music itself. People may, however, be missing the message expressed through music. There is no denying the huge influence these records have had on the hip hop culture.

READ NEXT: Madonna Refuses To Sell Ownership Of Her Song Catalog