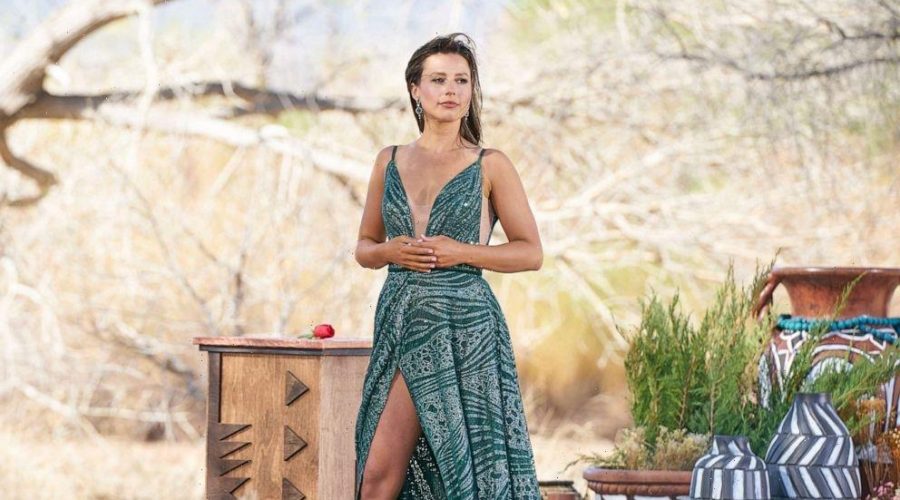 The couple exchanged “I love yous” during their one-on-one date, after which Thurston broke up with finalist Justin Glaze.

“I feel like we’re dreaming and living out what’s basically felt like a fairy tale. Since day one it’s been a connection and an understanding that seemed too good to be true, but I knew,” Moynes said. “I can’t give you what you came here for because you deserve a lot more than that. You deserve the world and I’m excited to support you and be there for you every day moving forward.”

Moynes, who appeared on a previous season of “The Bachelorette,” was a latecomer to Thurston’s season, but the two had a connection from the start. After Greg Grippo eliminated himself from competition in last week’s episode, Thurston contemplated going home herself. Luckily for Moynes, she didn’t.

“I always thought you showed up late but if there’s anything I’ve learned during our journey together, it’s that love shows up when it wants,” she said. “You showed up exactly when you were meant to show up and I’ll forever be thankful that you fought to be here.”

She added, “The night that you said that you loved me changed my life forever because I knew in that moment I wanted to love you for the rest of my life. You and only you. You have made me the happiest woman alive and in a world of change, I want to be your constant.”

10/08/2021 Lifestyle Comments Off on 'The Bachelorette' finale: Katie Thurston is engaged to Blake Moynes
Lifestyle