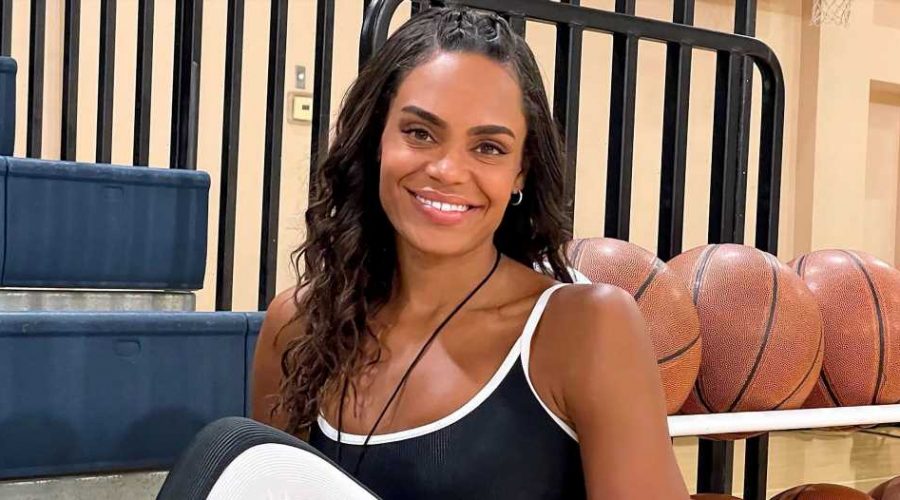 Ready to hand out roses! While Katie Thurston‘s season finale is scheduled to air on Monday, August 9, producers have already gotten a jump start on the next season.

From Newbie to Final 4! Bachelor’s Michelle Young: 5 Things to Know

The Bachelorette executive producer Mike Fleiss teased a first look while filming Michelle Young’s upcoming season, which is scheduled to air on ABC in October. He tweeted on Saturday, August 7, “On location with our #TheBachelorette,” alongside a snap of Young. 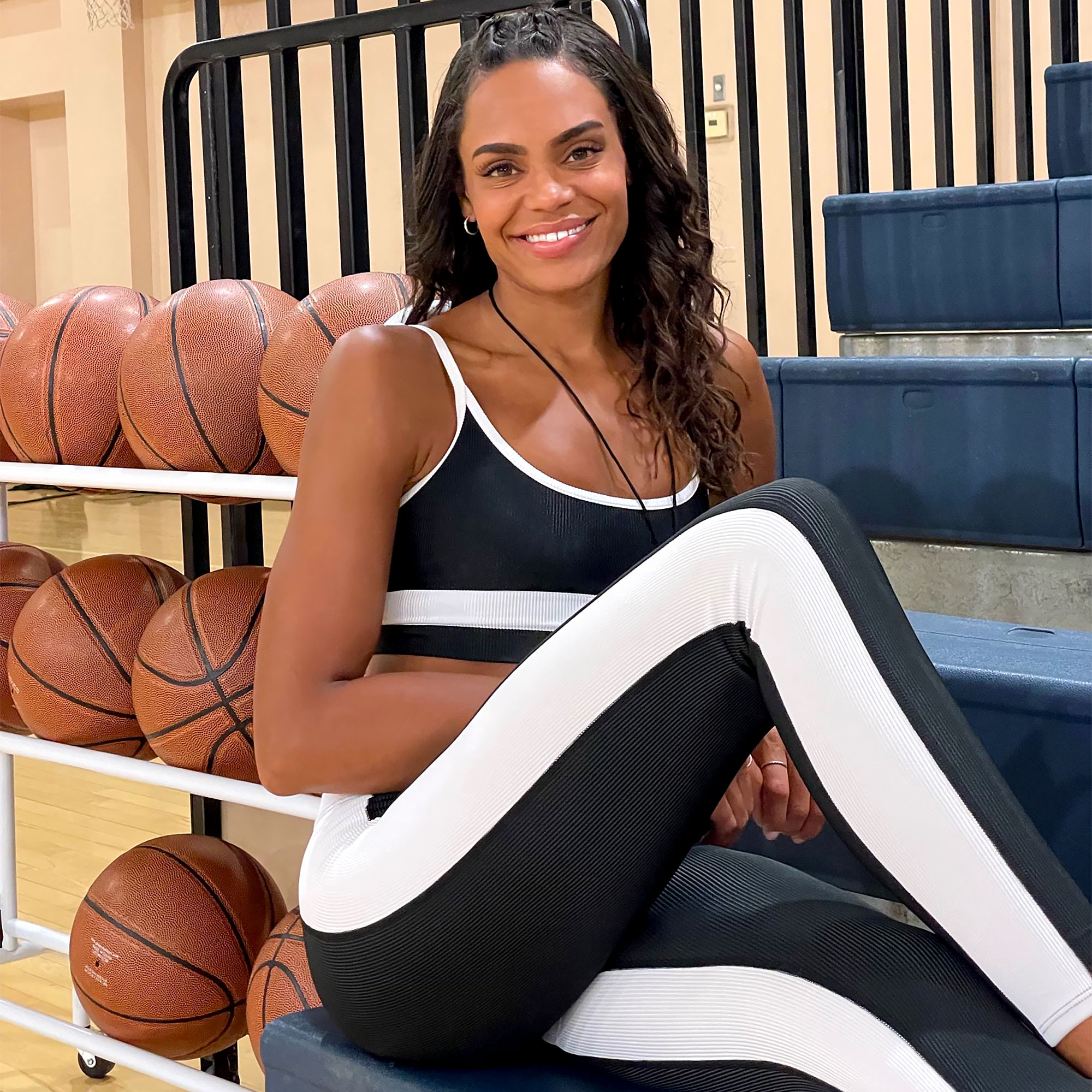 In the pic, the Minnesota native, 28, sits on the bleachers of a gym, next to a rack of at least nine basketballs. She is seen wearing a matching black-and-white sports bra and leggings with her hair down around her face. It also appears like she’s wearing a whistle around her neck.

Fans were excited to see this sneak peek of the season, with one Twitter user even commenting, “She’s glowing! I already know she will be serving the greatest looks for us!”

Another called her “the hottest one yet” while a different fan added that they “can’t wait for the season to start.”

The ABC series previously teased Young’s 35 potential suitors in July, ahead of filming.

“Surprise! Get an early look at the men who may be on Michelle Young’s season of The Bachelorette! Leave a 🌹 for who would get your first impression rose 😍,” the show’s official Facebook account captioned a photo gallery of the contestants at the time.

The elementary school teacher was announced as the season 18 lead in March during the After the Final Rose special for Matt James’ season, in which she placed second. At the end of the special, she and Thurston, 30, were confirmed as back-to-back Bachelorettes.

“I was a little nervous, but once I found out that it was two different seasons, I was here for it,” Young explained during the episode. “I’m excited that I get to have somebody to bond over with this and share notes as we go. I really do think that this process works. When you can set down all these outside distractions and really dive in, I think you can learn a lot about somebody. I’m just excited. I’m ready to get started.”

Bachelor Nation Stars Who Returned to the Show

Ahead of taping, the teacher had the chance to speak with the former bank manager about taking over the role of handing out the roses

“I’ve spoken to her as much as I can because I know it’s any day now they’re gonna take her phone away,” Thurston told Entertainment Tonight in July. “I think the biggest advice I’ve given her is to just be open. Don’t close yourself off too early. I think guys can surprise you … weeks later when you don’t expect it.”

Us Weekly later confirmed in August that Tayshia Adams and Kaitlyn Bristowe will return as cohosts for Young’s season after they took over following Chris Harrison’s exit.