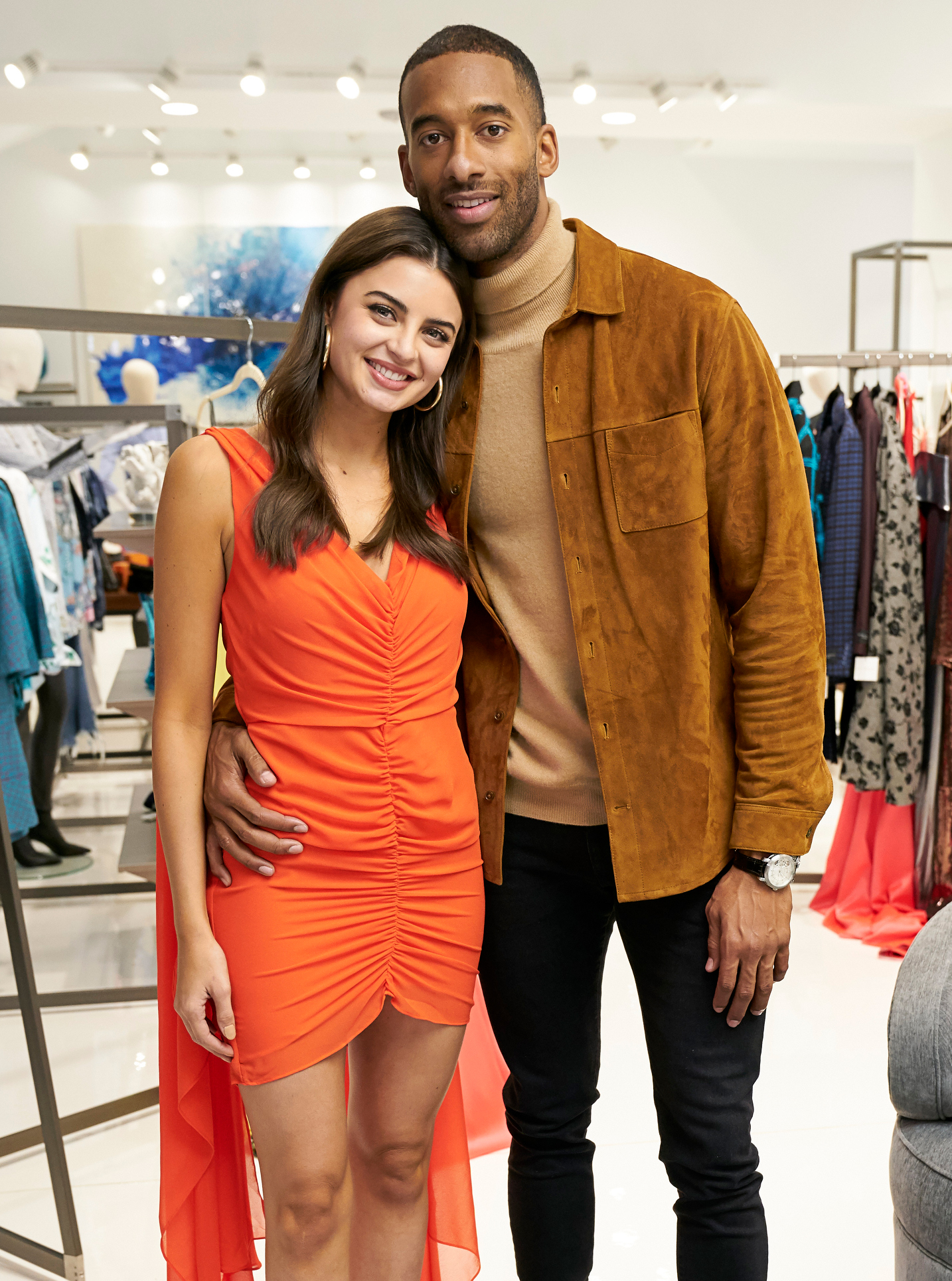 Still going strong! After a rocky journey immediately following Rachael Kirkconnell and Matt James’ tenure on The Bachelor, the couple is doing better than ever.

“We’re in a great place,” the Georgia native, 24, exclusively told Us Weekly at the Alice+Olivia by Stacey Bendet Spring 2022 NYFW Presentation. “We just needed to take that time away from everyone and really figure everything out, and I think that we were just so sick of the outside noise and we were like, ‘You know what? We need to just put all of that aside and really focus on our relationship and how we feel about each other and nothing else.’ It’s been so so incredible.”

The graphic designer noted how the pair haven’t tried to put too much pressure on their future since reuniting earlier this year.

“I think we honestly enjoy just taking it one day at a time,” the reality personality said of her relationship with the former Bachelor, 29. “Of course we talk about the future often, but I think the best thing for us right now is not putting any pressure on the relationship because that’s what everyone else does to us every single day and we get that question every single day.”

She continued, “It’s like ‘When are you guys getting engaged? Are you guys engaged yet?’ And, of course, we talk about it but it’s just been nice to not have that pressure for the last few months because that’s all our relationship was in the beginning.”

The pair have been exploring a long-distance, bicoastal relationship since James recently relocated to Los Angles ahead of his stint on season 30 of Dancing With the Stars.

“So I’ve been splitting time ever since he’s been out there,” Kirkconnell explained. “I’ll be out there next week again because the premiere’s on the 20th so it’s been fun going, you know, being a little bicoastal.”

Before the ABC Food Tours founder’s California move, he was based in New York City, which is a city that the former Bachelor contestant has loved spending time in while visiting her beau.

What Matt James, Rachael Kirkconnell Have Said About Her ‘Bachelor’ Scandal

The couple met during season 25 of The Bachelor, which premiered on ABC earlier this year. They briefly split in March after Kirkconnell’s past racially insensitive social media activity resurfaced. One month after the emotional After the Final Rose special, in which they confirmed their separation, the pair had reconciled.

“They each have commitments and work projects so they can’t spend 24/7 together,” a source exclusively told Us Weekly in May about the pair’s recommitted relationship. “They make time for each other and go on trips when they can, but still talk every day when they’re not together.”