If you’re active on Instagram you’ve probably noticed the "post a pic of" trend catching on, which basically invites your followers to ask you for photos of content they want to see. With some urging from fans, stars from Hailey Bieber to Sophie Turner have taken to social media to share some never-before-seen moments, including some personal milestones. Check out the best celebrity "post a pic of" Instagrams for an unfiltered look at your favorite stars.

ICYMI, the Instagram Story challenge works by using the "Ask me a Question" button, which can be found in your stickers tab. All you have to do is write "Post a pic of…" and your friends will write in anything they want to see a photograph of, from your most embarrassing moment to a personal highlights. While you don’t technically need to answer every question, it’s more fun if you do. While you might have seen friends and family members trying out the challenge, celebrities are also getting in on the trend and inviting their friends and followers to ask away. From previously private bachelorette party photos to loved-up shots with their S.O., these pictures offer a more intimate look into the everyday lives of the celebs you follow.

While the Game of Thrones alum is notoriously private about her personal life, she gifted fans a look at some photos she’s never publicly shared. In addition to posting a rowdy photo of her wearing a neon wig for her bachelorette party, she also share a sweet photo of her in Italy with Joe Jonas when they were expecting a baby but didn’t know yet.

When prompted to share a shot of the first time she knew she was falling in love with Justin Bieber, Hailey Bieber delivered with a sweet photo of the pair dancing.

Back in May, Hailey didn’t seem to remember the exact moment she fell for her future husband during an episode of her Facebook Watch show The Biebers On Watch.

"I remember the first time you said you were in love with me, but I don’t remember when I was like, ‘Oh yeah he’s the one for sure,’" she admitted at the time, saying that the process was more gradual for her.

"I think just time, being around each other… I just started realizing more and more qualities I liked about you and more things that were just so endearing," she added.

While Hailey said she did eventually tell him she was falling in love with him, it was tough for her to admit. "I also think that I was really stubborn,” she said. "I would never admit to his face that I was in love with him until it was obvious."

Lipa, who has been romantically linked to boyfriend Anwar Hadid since the summer of 2019, didn’t need to be asked twice to share a photo of her with the brother of Gigi and Bella Hadid. The "Prisoner" singer recently said she was looking forward to doing "absolutely nothing" with the model on Christmas.

"I’m gonna be on the sofa with my boyfriend and watch Christmas movies," she said. "I’m really looking forward to that." 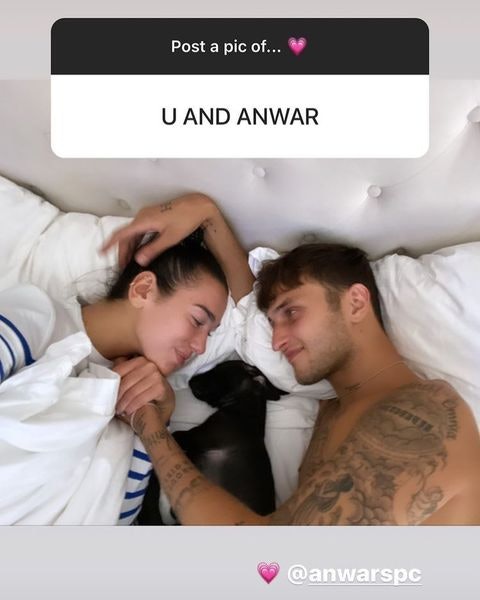 Dobrev, who was first linked to Shaun White back in March, has since made their relationship Instagram official and revealed they were spending the holidays together. Thanks to the "post a pic of" challenge, the Vampire Diaries star took a trip down memory lane by sharing her first photo of her boyfriend: a polaroid selfie of them together. 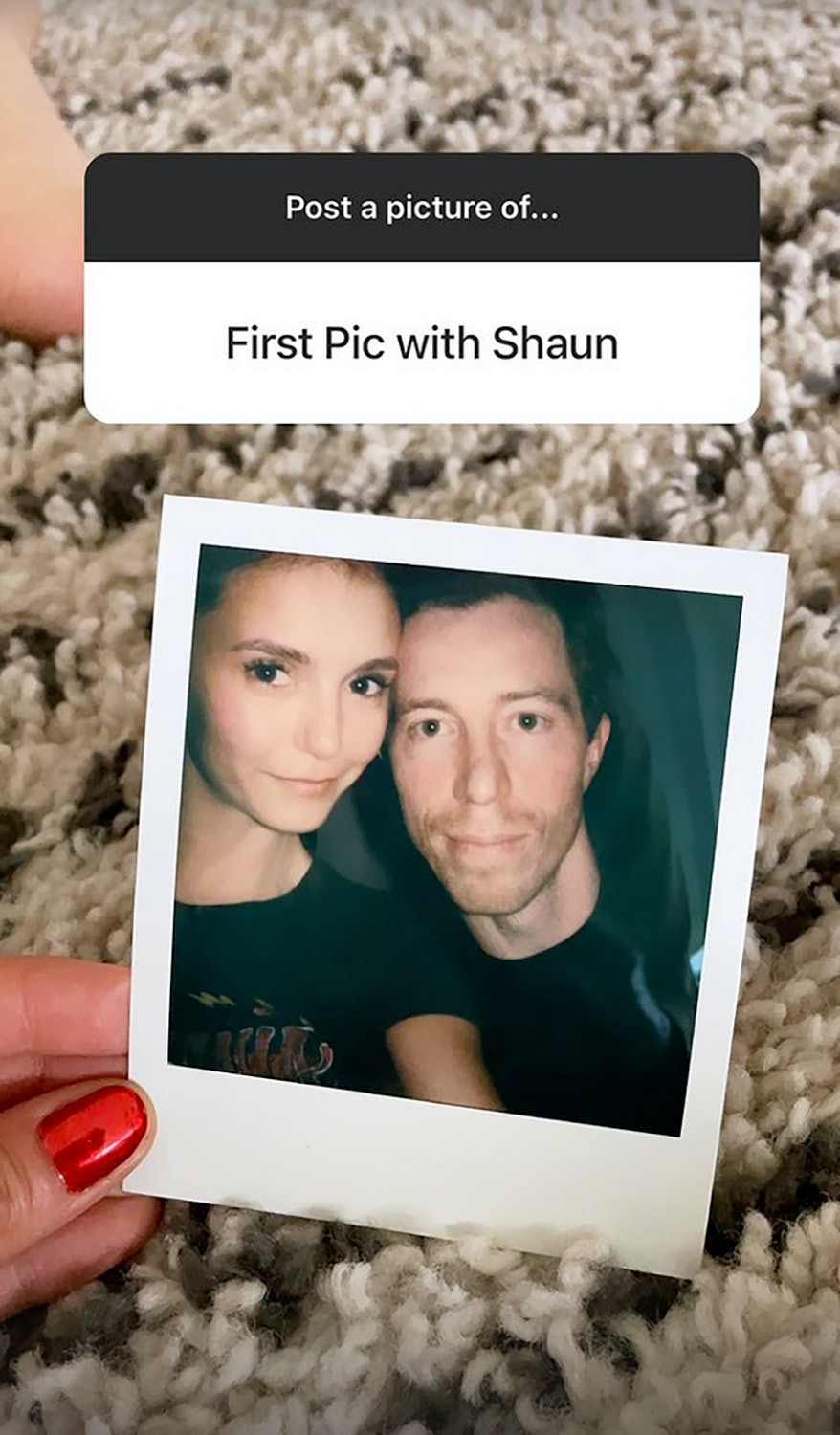 Model Cara Delevingne shared several photos in response to "post a pic" requests, including a makeup-free selfie, a throwback lingerie photo from a Savage X Fenty shoot, and a silly cross-eyed selfie. 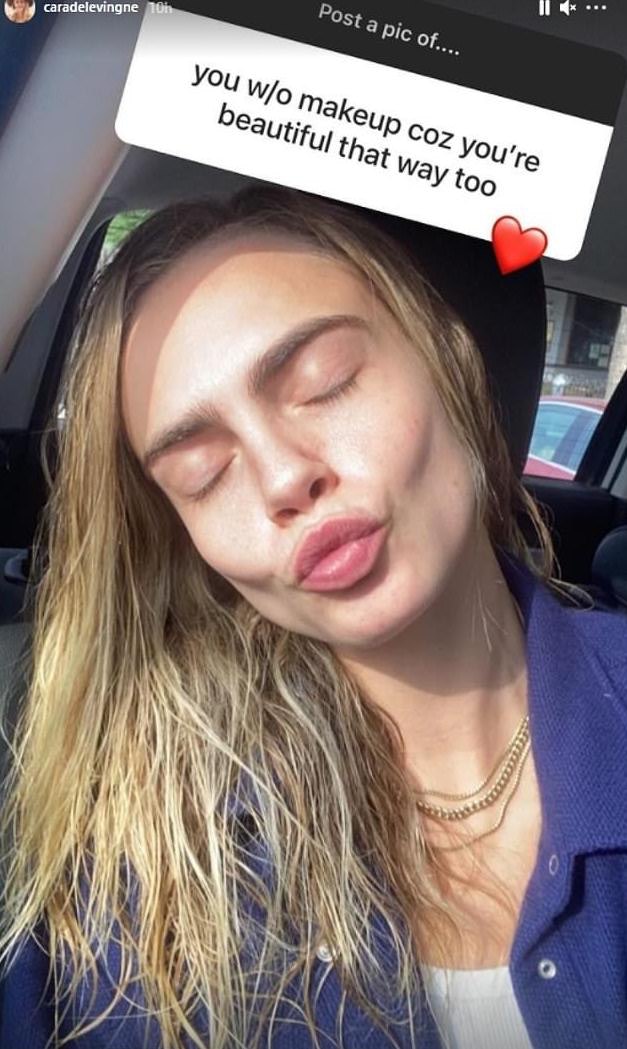 These are just a few of the recent celebrities jumping on the trend, so keep an eye out on your fave stars’ Instagram Stories in the coming days if they haven’t participated already.