Australia’s mining companies and banks were the largest corporate taxpayers, with the top ten handing more than $33 billion over to the government in the 2021 financial year.

But as the first full financial year of the pandemic bit, just over 25 per cent of the big businesses reported no taxable income and more than 30 per cent paid no income tax. 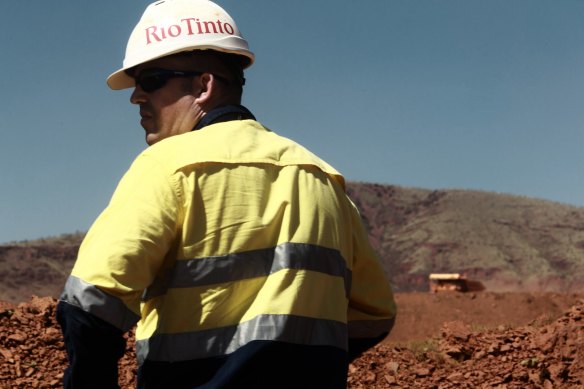 Australia’s corporate tax rate is 30 per cent. The large mining companies, banks and supermarkets reported paying around that percentage on their taxable income, as did Telstra and the large tech companies.

But not all commodity and energy companies paid income tax. Glencore Investment reported no taxable income from $14.5 billion in revenue.

At the very top of the total income list is banking and insurance business AMP, bringing in $78.2 billion. The company reported a taxable income of just under $1.9 billion, and paid 12.7 per cent of that ($235.5 million) in tax – making it the 33rd largest income tax payer.

WX Trading – a cryptocurrency business – was also high on the revenue list but low on tax payments. It brought in $33 billion in revenue, coming in at number six, but paid just under $1.8 million in tax – ranking it 1404th by tax payment.

Virgin Australia made slightly more than Qantas, at $6 billion, and also reported no taxable income. However, it was a step up for the company, which reported gross earnings of $5.1 billion the previous financial year.

The run on toilet paper and essentials including flour eased into the 2020-2021 financial year, with the major supermarkets reporting slightly softer earnings than in 2019-2020.

Woolworths fell from the top revenue spot to third place, bringing in $49.8 billion and paying tax of $636.5 million on taxable income of $2.5 billion.

Assistant Minister for Competition, Charities and Treasury Dr Andrew Leigh said it was important that both local and foreign-owned companies paid their fair share of tax, and the government was committed to ensuring that happened.

“The last thing we want is an economy in which firms are competing based on who has got the best tax loophole; that doesn’t provide a stronger economy,” he said.

“Sunlight is the best disinfectant. It is vital to ensure that we’ve got optimal information out there on who’s paying tax, and who isn’t.”

Google made $1.4 billion, and paid $78 million in tax on its $300 million taxable income. Facebook reported $717 million in Australian earnings, of which $68 million was taxable. The company paid $20.4 million in tax.

Nine Entertainment Co, the owner of this masthead, had gross earnings of $2.15 billion and $364 million in taxable income, paying 30 per cent in tax.

Seven West Media, the parent company of Channel Seven and the West Australian newspaper, had gross earnings of $1.8 billion and $152 million in taxable income. It paid $42 million, or 28 per cent in tax.