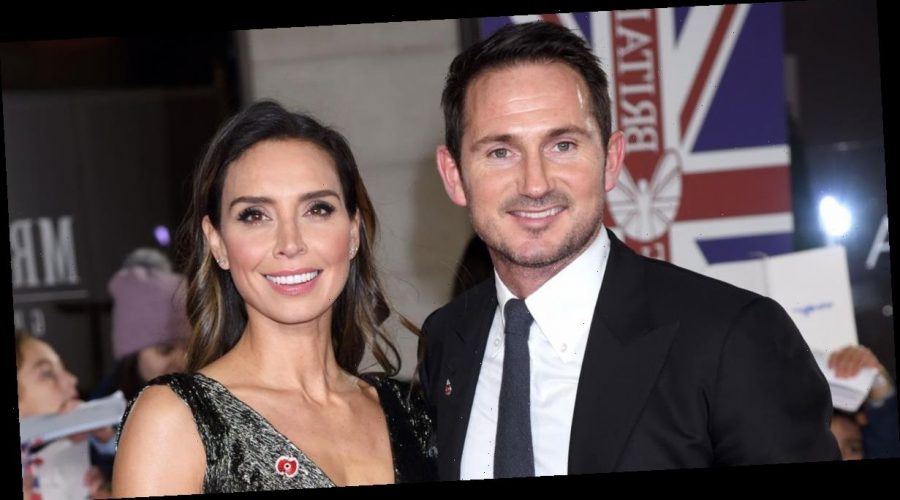 Want the most up-to-date celebrity exclusives sent straight to your inbox every day? Sign up now and join the club!

Christine Lampardrecently announced she has given birth to her second child with husband Frank Lampard.

The Loose Women panellist, 42, has welcomed a baby boy with her former Chelsea manager husband Frank, 42.

The pair have named their baby boy Frederick George Lampard.

The new mum-of-two announced the happy news as she shared a photo of her breastfeeding her newborn son on Instagram.

She wrote in the caption: “Let us introduce you to our newest addition. ..Frederick (Freddie) George Lampard! We are completely in love @franklampard”.

Are you part of The OK! VIP Club? If not, why not? It’s free and gives you backstage access to stories like this, exclusive home tours, special discounts and so much more!

This is the couple's second child, as they also have a daughter called Patricia born in 2018.

But what are the sweet meanings behind Christine and Frank's baby names?

Their sweet daughter’s name also has a significant meaning.

She was given the name after Frank’s mother, and also Christine’s grandmother.

Speaking on Loose Women after her daughter’s birth Christine said: "It's very old-fashioned, very traditional but it was Frank's mum's name and that's where it comes from.

"Patricia was Frank's mum, who I sadly never got to meet. Frank was obviously incredibly close to his mum and it's one of his biggest sadnesses that I never got to meet her. She passed away the year before we met.

"So we've gone with the traditional grandmother name and it's Patricia Charlotte, which is my grandmother's name."

Christine continued: "We've gone very old-school with the name. A lot of people said, 'oh that's a very old name' but there's a link and it means a huge deal to [Frank]."

Frank is dad to his other two children Luna and Isla from a previous relationship.

Christine previously opened up about the worst part about lockdown and said it's been difficult not seeing her parents, dad Frederick and mum Mina in Northern Ireland.

Speaking to new! magazine in July, she explained: "I’m seeing my family for the first time at the moment – that’s been the hardest thing for me
.

"I’m lucky that’s all I’m finding difficult because so many people have lost loved ones at this horrendous time and experienced some real hardships.

"Not being able to see my family has certainly been the worst aspect of it for me. I normally like to try and get home [to Northern Ireland] once a month or they come over to see me.

"But obviously that’s not been possible and so many families are in the same situation," Christine expressed.