The extraordinary story of Britain’s first black aristocrat has been retold in a podcast about the chatelaines of the UK’s grandest stately homes.

Lady Mansfield of Scone Palace, in Perth, spoke on the Duchess podcast about Dido Elizabeth Belle, who was born in 1761 to an enslaved woman and a British Naval officer stationed in the West Indies.

At the age of four, Dido was taken to England and placed in the care of the officer’s uncle, Lord Mansfield, at Kenwood House, in Hampstead. She was raised as a lady alongside Lord Mansfield’s great niece, Lady Elizabeth Murray.

A portrait of Dido and her cousin Lady Elizabeth, once thought to show the lady with a maid, is now in Scone Palace and was described by the current Lady Mansfield as one of their most precious possessions. 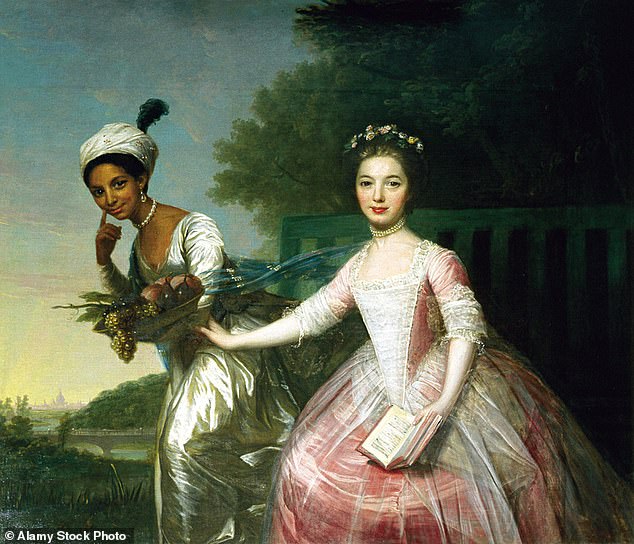 Lady Mansfield of Scone Palace, in Perth, spoke on the Duchess podcast about Dido Elizabeth Belle, who was born in 1761 to an enslaved woman and a British Naval officer stationed in the West Indies. Above, a portrait of Dido and her cousin Lady Elizabeth Murray

‘Sir John Lewis was in the Navy ‘Sir John Lindsay was in the Navy when he captured a Spanish slaver near Cuba and fell in love with a black woman called Maria Belle,’ she explained. ‘They had this daughter called Dido.’

Lady Mansfield’s version of the story sounds romantic but it is not known whether Dido was conceived by force, by consent or as ‘duty’, which might have given benefits to the otherwise powerless Maria on board the ship.

Maria died just a few years later and Lindsay, who was knighted and promoted to admiral, took the unusual step of bringing her back to England with him.

Lady Mansfield continued: ‘He asked his uncle Lord Mansfield if he would take her into his household and bring her up. And she was brought up in Kenwood House in Hampstead by her great uncle and great aunt.’

The 1st Earl of Mansfield, William Murray, was Lord Chief Justice and the most admired judge in 18th-century Britain. His name by this time was linked with the rights of slaves and he was a campaigner for greater racial equality. 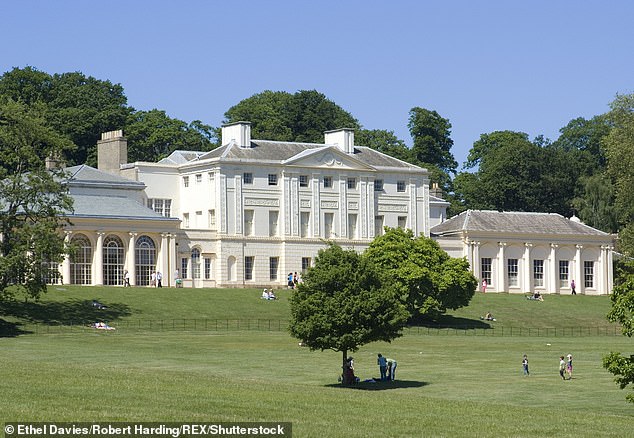 History suggests Belle was brought up to be an educated young woman and would have been taught subjects including elocution and French, as well as learning how to play a musical instrument.

But although Lord Mansfield embraced Belle, it was not the case for all the high society figures she encountered.

Lord Hutchinson, who was an ex-Governor of Massachusetts, attended a dinner party at Kenwood in 1779. A diary entry reveals his astonishment when Belle came into the drawing room to take coffee with the guests, noted Paula Byrne, who wrote a book about Belle.

‘After coffee the ladies left the company to walk in the gardens, and – to Hutchinson’s horror – Lady Elizabeth walked arm in arm with Belle,’ Byrne notes. 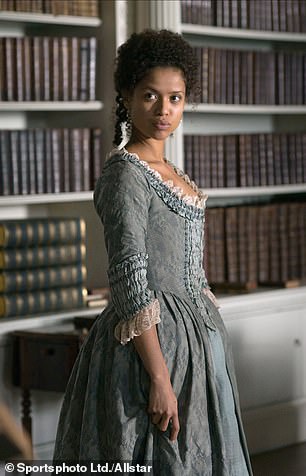 In 2014, Belle’s story was brought to the big screen in the film Belle, starring Gugu Mbatha-Raw as the title character

‘His discomfort is evident from every line he writes about the black girl’s presence: “She is neither handsome nor genteel. My Lord calls her Dido, which I suppose is all the name she has. He knows he has been reproached for showing fondness for her – I dare not say criminal”.’

Byrne continues: ‘The fact that Hutchinson mentions that he knew the gossip about her ‘history’ in his diary shows that she was an object of fascination in London society. The fact that she joined the company for coffee suggests that Lord and Lady Mansfield were not ashamed of her, and wanted to show visitors that she was part of the family. No servant would have been seen drinking coffee with their masters.’

The portrait of Belle and Lady Elizabeth was commissioned in the late 1770s or early 1780s. It is shortly after this that Belle’s life began to change.

In 1784 Lady Mansfield died, leaving her husband devastated. A year later Lady Elizabeth, who had been Belle’s friend since childhood, left to marry George Finch-Hatton, the future 10th Ear of Winchilsea and 5th Earl of Nottingham.

Belle and Lord Mansfield, who had no children, grew closer during this time and Mansfield updated his will on a number of occasions to ensure Belle would be taken care of after his death.

He wrote of their friendship and confidence in one amendment, revealing just how close they had been. 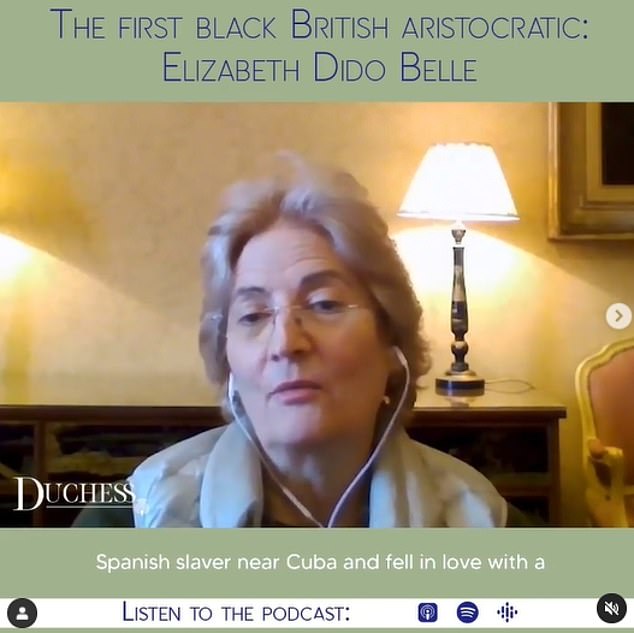 In 1793, Lord Mansfield died and the estate was inherited by his nephew Lord Stormont.

Then in her 30s, Belle might have thought she was pass the age for marrying but she met and wed a servant called John Davinier. It is not known how they met.

Four years later, after welcoming three sons, one of whom died in infancy, Dido died of unknown causes.

The portrait of Lady Elizabeth and Belle remained but Belle’s story was forgotten as time passed. By the 1980s, it was thought Lady Elizabeth was a painted with her maid.

The truth was uncovered in the 1970s and 80s following research by local historian Gene Andrews.