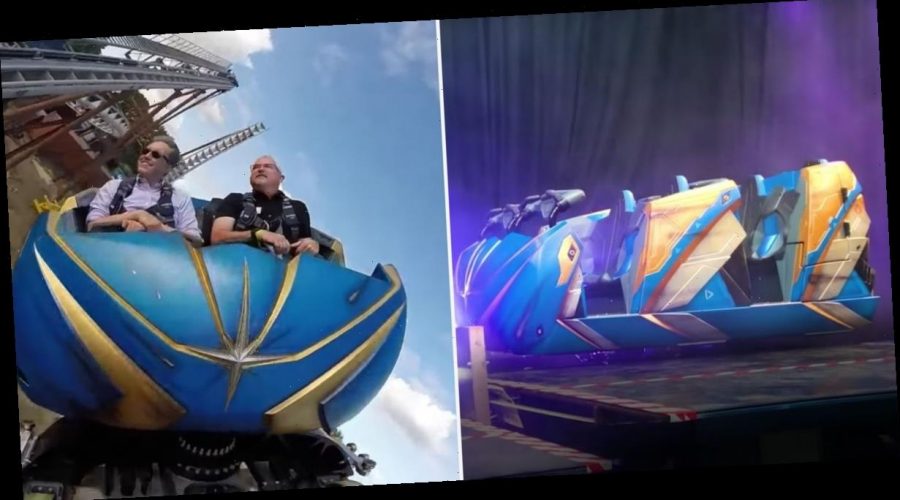 The imagineers over at Walt Disney World have been hard at work on the highly anticipated Guardians of the Galaxy: Cosmic Rewind ride, and now we’ve gotten our first look at how epic the roller coaster will actually be! Disney released a video on Nov. 16 that offers fans a sneak peek at the ride in action, and it’ll make your stomach flip just looking at it.

The first-of-its-kind programmable roller coaster, which will be in Epcot in the old Universe of Energy attraction, will rotate you in any direction as the vehicle travels at high speeds. It also features full 360-degree turns and reverse launches. But don’t let the coaster description deter you if you’re a little nervous when it comes to rides. Disney describes it as a family-friendly “storytelling coaster,” and the tilts and turns of each vehicle are simply to direct your eyes to the story that’s happening around you (and, you know, to make you have fun!). Disney Parks Blog states that, “Instead of whizzing by the action, the system will fully immerse you in the attraction’s story from the minute you take off.”

The ride’s story starts in the “Galaxarium,” which is a planetarium-like exhibition about the formation of Earth’s galaxy and the planet Xandar. You’ll then be invited to learn more about Xandar’s treasures, but things take an interesting turn when the Guardians of the Galaxy show up.

Guardians of the Galaxy: Cosmic Rewind is slated to open in time for the 50th anniversary of Walt Disney World Resort in 2021.