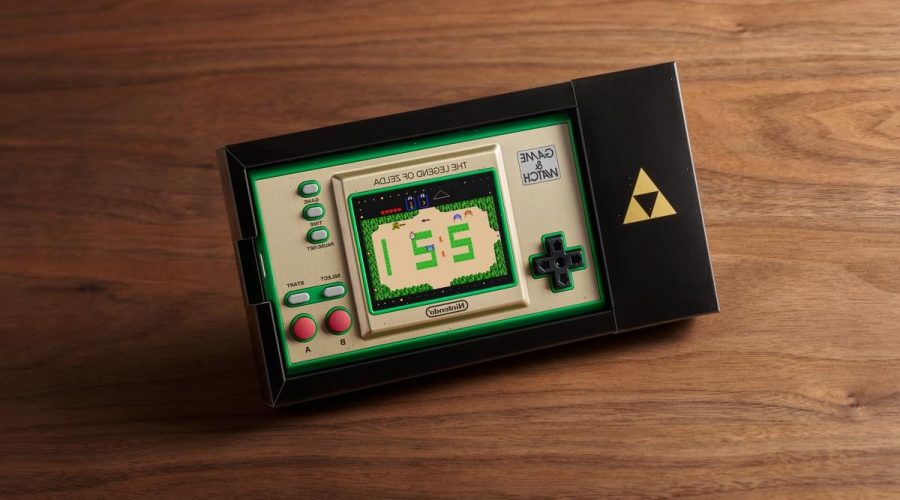 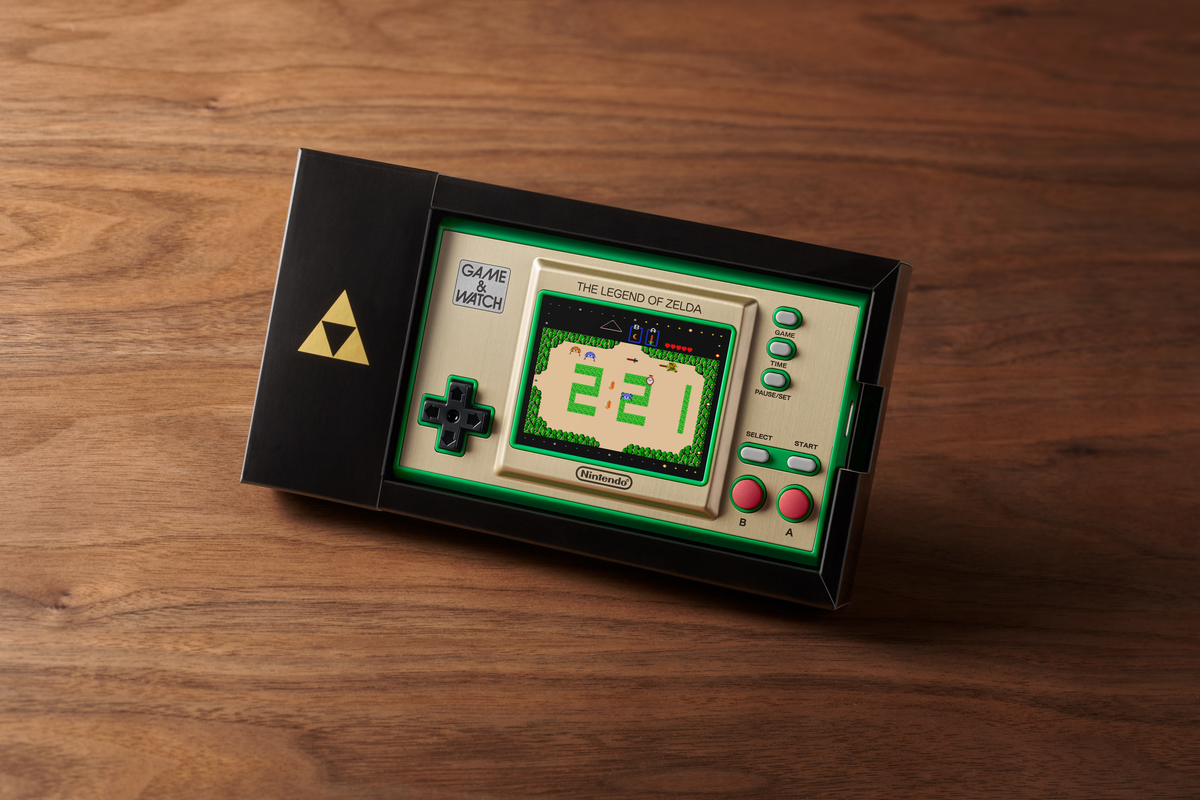 Before even booting up the game, some players might want to check out the system itself. It comes with the nostalgic design of the Game & Watch series (Super Smash Bros. fans will recognize Mr. Game & Watch from there). However, this one comes with green highlights for Link’s iconic tunic.

Flipping the system over reveals a hidden Triforce that glows green. However, it can remain hard to spot unless the room is sufficiently dark and the handheld’s brightness is turned up.

Cheat codes exist in every game, from Contra to Bayonetta. Game & Watch: The Legend of Zelda comes with its own cheat. By holding down A  when selecting a file, Link earns a boost in each playable game.

Nintendo.com reports that in the classic The Legend of Zelda, Link gains the maximum amount of hearts. In Zelda II: The Adventure of Link, his health maxes out, and “his ATTACK and MAGIC gauges will be maxed out, too. He’ll also have access to all his magic spells and abilities from the get-go, including the jump thrust and downward thrust.”

Finally, in The Legend of Zelda: Link’s Awakening, his hearts max out his sword starts at level 2.

One secret from the original The Legend of Zelda carried over into the Game & Watch. After completing the game, players earn a more challenging adventure, the Second Quest, with shuffled dungeons and shops.

However, some gamers want to jump right into the difficulty. By setting the file name to ZELDA, the Second Quest starts right away. However, naming Link ‘Zelda’ might make some fans angrier than Bayonetta in Super Smash Bros. 4.

#2 Extra difficulty for the ‘Vermin’ game in the ‘Game & Watch: The Legend of Zelda’

The Game & Watch: The Legend of Zelda included a brand new version of a classic Game & Watch game, Vermin.

“You’ll move Link to the left and right and clobber monsters as they reach you. There are two standard game modes, GAME A and GAME B, with different difficulty levels, but by pressing and holding the A button for five seconds on the title screen, you can play the hidden (and extra hard) GAME C,” Nintendo.com reports.

When no buttons are pressed on the Game & Watch: The Legend of Zelda for three minutes, the system enters sleep mode. The system cycles through 11 different images depending on the game.

Some feature art from the original manuals and promotional images.

While Mario, Luigi, and the rest of his group saw a bigger celebration, the Game & Watch: The Legend of Zelda stands as a lovely 35th Anniversary treat. Hopefully, these few revealed secrets help you get even more fun from the system.

15/11/2021 Lifestyle Comments Off on 'The Legend of Zelda' Game and Watch: 5 Secrets Nintendo Hid in Their New Handheld
Lifestyle