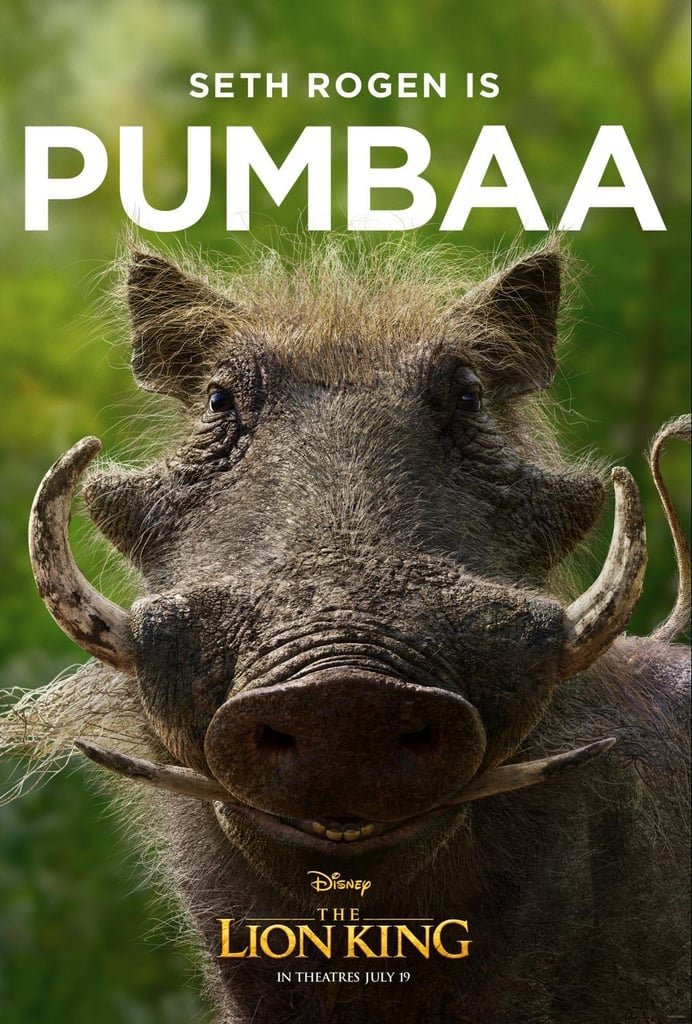 Disney’s upcoming live-action version of The Lion King first sparked debate when the teaser for the film arrived and fans realized that it’s not quite as live as many thought it would be. Like in the reboot of classic animated film The Jungle Book, the studio is going with a hyper-realistic, CGI recreation of characters in the story, which we got an up close and personal look at in a new batch of character posters released on Thursday.

The cast of the remake includes everyone from Donald Glover and Beyoncé as Simba and Nala, to Billy Eichner and Seth Rogen as Timon and Pumbaa. But despite the fanfare surrounding Nala’s big reveal, it’s Rogen’s poster that has ignited a heated (and hilarious) discourse on social media.

Is Pumbaa — who, I must note, is a warthog who now looks like what real warthogs generally look like — too terrifying? Is he perfectly accurate? Are you nervous you’ll turn over in bed tonight and see his tiny, beady eyes staring at you from your closet? Do you want to spend the day slurping bugs out of logs with him?

I, like most of Twitter, can’t really decide what to make of new Pumbaa. Keep scrolling to see some choice tweets about his new look, and then be sure to check out the debate over another divisive Lion King character (spoiler alert: it’s Scar).