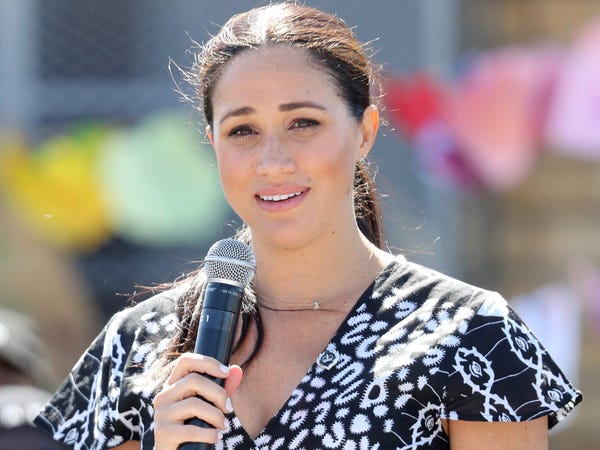 The Duchess of Sussex has lost her latest High Court battle with the media after a judge ruled she can be accused of "collaborating" with the authors of a book about her life with Prince Harry.

Meghan, 39, is suing Associated Newspapers (ANL), publisher of the Mail on Sunday and Mail Online, over an alleged privacy breach when extracts of a handwritten letter she sent to her father, Thomas Markle, were published in February 2019.

She claims the letter was private and never for public consumption, bringing a High Court claim for damages from the newspaper group.

Following the ruling, a spokesman for law firm Schillings, representing Meghan, said The Mail on Sunday would "try contending its amended defense at trial, where we have no doubt it will fail," adding: "This defense has no merit and is in fact false."

In the latest legal tussle, ANL applied to amend its defense to the Duchess's claim, to argue that she had "co-operated with the authors of the recently published book 'Finding Freedom' to put out their version of certain events" and therefore undermined her claim to privacy.

The book, by American-based royal reporters Carolyn Durand and Omid Scobie and published by HarperCollins, presents a biography of the Duke and Duchess of Sussex, including their marriage, moves away from the traditions of the royal family, and their departure to the US.

At a hearing on Tuesday afternoon, Master Francesca Kaye said the allegation that Meghan had fed information to the authors may quickly collapse at trial, but ruled the newspaper group was entitled to advance the argument in its defense at trial.

She said Meghan's lawyers had argued the court was being "hoodwinked into thinking there's more to the proposed amendments than we think there is," but concluded the argument could be ventured.

"There is always the risk with an inferential case that it will fall apart at an early stage if the inferences start to unravel," she said. "But these are clearly matters for the trial judge."

The judge said one of the authors, Mr Scobie, has denied in a statement to the court that there was any contribution from Meghan, but found it was not a "knock-out blow" to ANL's amended defense case.

"It may be what it does not say rather than what it does say that might prove to be significant at trial," she said of Mr Scobie's statement, adding of the new accusations levelled at Meghan: "If, as suggested, it's all a house of cards, it will quickly fall down at trial."

At a hearing last Monday, Justin Rushbrooke QC, for Meghan, insisted: "The claimant and her husband did not collaborate with the authors on the book, nor were they interviewed for it, nor did they provide photographs to the authors for the book."

He said the book had merely drawn on the articles published by ANL which referred to the letter to Mr Markle, and information which the Duchess is accused of providing to the authors are in the public domain from other sources.

Antony White QC, for ANL, said "Finding Freedom" gave "every appearance of having been written with their [Meghan and Harry's] extensive co-operation."

In her ruling on Tuesday, Master Kaye said Meghan's arguments at trial should not be substantially altered by the new allegations being levelled at her by ANL.

"She says she has nothing to do with the information in the public domain, whether directly or indirectly," she said.

"[She says] the letter was and remains a private letter to her father and she is entitled to her privacy. She says in simple terms 'it wasn't me and had nothing to do with me.' If that's the case, it's a simple case from an evidential point of view."

At a previous stage of the legal battle, Mr Justice Warby agreed with the Duchess' insistence that the identities of five friends who had spoken to a US magazine about her should not be revealed.

The names appeared on a confidential schedule in the court case, and the judge agreed that they should remain anonymous at this stage of proceedings.

The case centers on five articles — two in the Mail on Sunday and three on Mail Online — which were published in February 2019.

Master Kaye said last week "excessive" costs have already been run up on the case, which is due to go to trial in January next year.

In a statement after the ruling, a spokesman for Schillings said: "The court has today stated that The Mail on Sunday will be allowed to amend its legal defense for trial regardless of whether that defense is accurate or true which, based on legally sworn witness statements refuting the newspaper's arguments, it is not.

"The Mail has been allowed to prolong this action and try contending its amended defense at trial, where we have no doubt it will fail. This defense has no merit and is in fact false.

"We were prepared for this potential outcome given the low threshold to amend a pleading for a privacy and copyright case.

"The [judge] made clear that if The Mail on Sunday's defense is indeed weak and without evidence, it would be a house of cards and fall down at trial.

"This latest hearing was unfortunately another step in a case that has already been drawn out by a defendant who uses the legal process to exploit the duchess's privacy and the privacy of those around her for profit-motivated clickbait rather than journalism.

"As a reminder, it is The Mail on Sunday and Associated Newspapers who acted unlawfully and are the ones on trial, not the Duchess of Sussex — although they would like their readers to believe otherwise."