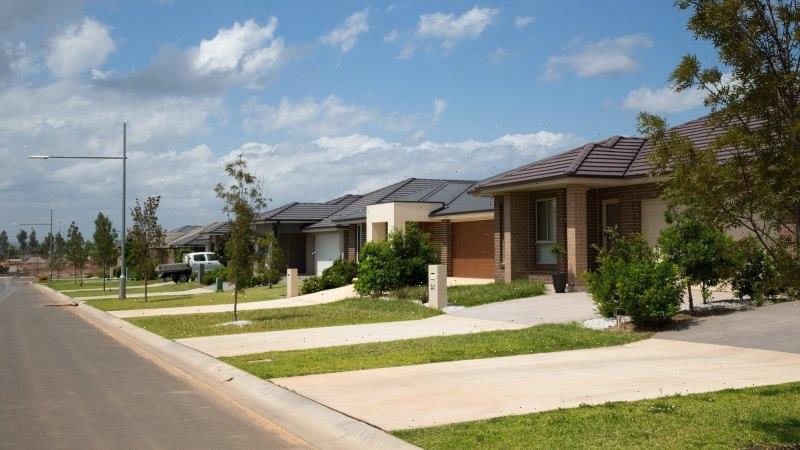 Months of price declines in Sydney and Melbourne have left median values lower than they were a year ago, but values in a string of middle and outer ring regions are still up year-on-year – as demand continues for comparatively more affordable homes. 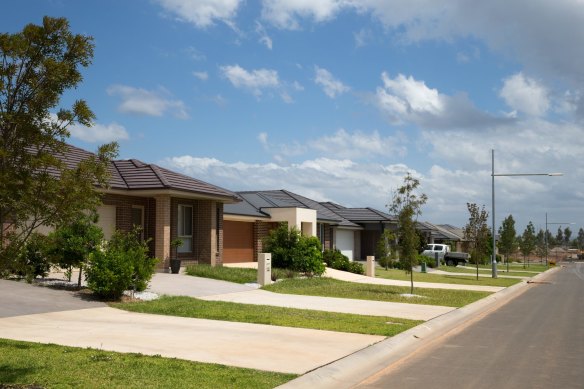 Property prices in more affordable outer suburbs are still more expensive than they were last year, despite price declines.Credit:Janie Barrett

Pockets of Sydney’s west had the highest growth over the 12 months to August, CoreLogic figures show, while Melbourne’s west and south-east recorded some of the city’s highest annual growth, along with the recovering inner-city market.

The Bringelly-Green Valley region, covering suburbs like Badgerys Creek, Austral and Oran Park, topped the list for Sydney, with values up 10.2 per cent to a median of almost $1,069,000. Sydney’s median fell 2.5 per cent by comparison. 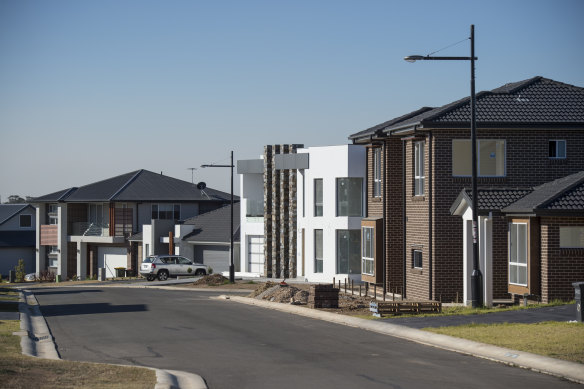 Home values in the Bringelly-Green Valley region, which covers south-west Sydney suburbs like Oran Park, are up 10.2 per cent year-on-year.Credit:Wolter Peeter

However, the area had not been exempt from the effect of rising interest rates. Property enquiries have dropped off, Carbone said, and prices for some homes have declined 10 per cent.

“The standout properties are still holding their own, but the ones that have the minor flaws are harder to sell,” he said.

Stuart Davies, of McGrath Camden, said his market was proving resilient. Prices had declined about 5 per cent and likely had further to fall, but were being supported by ongoing demand from local and out-of-area buyers, looking to make the change to a semi-rural lifestyle.

“We’re retuning to what I’d consider to be a normal market,” he said. “Buyers have more time, and they’ve got more choice, but the market is still rolling along, prices haven’t fallen off a cliff.

“What I’m saying to vendors now is, ‘you’ve made 40 per cent [from price growth] in the last two and a half years, you’re going to give 5 to 10 per cent back. The net result is still good, and if you’re buying and selling in the same market, it’s all relative’.”

In Melbourne, where the median was down 2.1 per cent year-on-year overall, values were still higher in the Wyndham and Melton-Bacchus March regions in the west, up 6.5 per cent and 5.7 per cent respectively. Prices in Casey – South, Casey – North and Cardinia in the south-east, and Tullamarine-Broadmeadows in the north-west were also up.

However, inner-city Melbourne recorded the most growth, bucking the outer suburbs trend, courtesy of a post-lockdown CBD unit market rebound that pushed dwelling values up 13.4 per cent.

Values on the Mornington Peninsula, where demand from sea-changers soared during the pandemic, were also still up 2.3 per cent.

Selling agent Alex Krnjeta of Ray White Werribee said there had been some pullback in demand, but was still seeing solid interest from investors and first home buyers, drawn to the Wyndham region for its affordability – with a median dwelling value of about $671,000.

“With interest rates going up and people’s borrowing capacity coming back, prices have probably come back here about 10 per cent,” he said.

Properties priced correctly were attracting interest from 7 to 10 groups, he said. However, that could change, with “a tonne” of homes, particularly in the $500,000 to $700,000 price range, expected to hit the market this spring.

Home values in Brisbane, which peaked in June, were still up more than 20 per cent in pockets of Logan, Ipswich, Moreton Bay and the city’s south.

The Jimboomba region recorded the highest growth over the year, with values up 29.2 per cent. Values in Greater Brisbane declined 2.5 per cent over the past three months, but were up 17.5 per cent year-on-year.

Growth was more subdued in Perth, where home values were up 4.1 per cent over the year. Growth was highest in the city’s south, with values in the Rockingham, Fremantle and Kwinana regions up more than 8 per cent.