Uncle Duncan watched VHS tapes every evening after work, but those videos were not movies. They were interminable hours of blurry grey footage captured by the six security cameras at The Shop.

We always called it The Shop, though it had a proper name, and even a slogan thought up by franchisors two decades before: Where Top Brands Cost Less. People trusted this franchise because it was known to be mostly run by mums and pops, though in our case, it involved our entire family tree – fruit, roots and all. 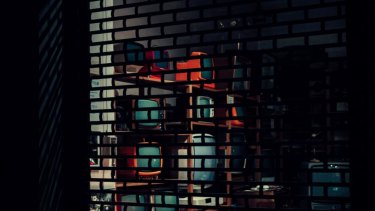 The Shop involved our entire family tree – fruit, roots and all. Credit:Getty Images

One evening, Uncle Duncan hit viewing paydirt. He saw an old Asian woman slip a small plastic kettle into her cloth-covered trolley. One blink and he would have missed it. Hitting the pause button, he called my aunt over. He pressed rewind, played the footage again. There was no mistaking it – he'd captured a crime!

Uncle Duncan showed my dad the footage the next day. "Oh crap," said my father. He recognised the woman, the mother of a friend. This friend was a good customer, buying plasma televisions and expensive hi-fi equipment for their new AV Jennings home.

The two men discussed what they should do about this pilfering. Should they confront the daughter the next time she came into the store? Take her to the back office and show her the video of her mother stealing a $30 kettle? How humiliated she'd be. They decided not to do anything, to cut their losses. And later that evening, my mother told me, "Next school holidays, you're working at The Shop. The more eyes there, the better."

I was pretty elated. Sure, I'd worked at The Shop before, but it wasn't real work. During summers, if Dad wanted to sell electronic crushed-ice makers, he would rig up a table at the front of the store, on the pavement, and set me, my brother and my cousin there: three cute kids handing out free slurpees on a sweltering day. But I was now 15, old enough to work at The Shop for real.

"If I knew English and how to read and write, I would be standing at The Shop in a flash," my mother always lamented. She was confined to the garage as an outworker jeweller, labouring in dim light with dangerous chemicals like potassium cyanide, so that classy Asians could have 24-carat engagement rings, pious ones, Jesus pendants with sapphires for eyes, and flashy ones, huge Mercedes-Benz logos hanging off colossal neck-chains.

She never wore any jewellery herself. "That stuff should only be worn at weddings," she said. "Not every day down the street. Why invite a mugging if you can help it?"

The Shop was in Footscray, a neighbourhood made internationally famous in the film Romper Stomper, which featured Russell Crowe and his cronies as a bunch of skinhead Nazis chasing down Vietnamese boat refugees. In fact, The Shop sat on the very street shown in the film, Barkly Street, right next to a Chinese apothecary and a men's suit store.

I thought The Shop would be a good way to meet the opposite sex. After all, we sold PlayStations. You'd think there'd be no end to the teenage boys checking out Panasonic hi-fi systems, but this wasn't the case.

All the nice boys were either in the library or at home; all the fun ones were on the court shooting hoops or in the alleyway shooting up. The remainder loitered at the Harvey Norman at Highpoint Shopping Centre, the biggest mall in the western suburbs.

Still, I persevered: I wore lipstick, learnt the difference between a Philishave electric shaver and a Remington, understood the functions and special features of every mobile phone from the Nokia 3110 on. I dropped Samsung "builders' model" phones onto the cement floor to demonstrate how durable they were. But all I kept getting were the sweet old ladies who wanted to buy $12 hair crimpers for their granddaughters, or the racist ones who specifically asked for "an Australian salesperson".

Still, barely any young men ventured in through the doors, not even when my aunt began openly displaying a blue, battery-operated "head massager", which I kept sequestering behind a glass cabinet when she wasn't looking.

I stood at the front counter, trying to sell alarm clocks and batteries, feeling alarmed while imagining a life behind the till forever.

I wondered which company representative had duped her into ordering stock that made us look like a family of perverts. "Who keeps returning this to the cupboard?" my aunt demanded. "Customers want to turn it on."

I didn't think I'd ever leave my neighbourhood. Whatever success I achieved in my future life would be situated here, because I knew no other world. I secretly pitied some of my classmates at my private school. They already seemed surfeited and blasé because their future narratives weren't so purposeful: they'd never be the first in their family to go to university, to become doctors, lawyers or accountants, or be the first to own and fill up bookshelves in their homes.

My classmates also seemed clueless, even the ones who worked in retail jobs selling jeans or serving hamburgers. The Shop was not just a temporary teenage pastime for me to get extra pocket money – it was my ticket out, it paid for my school fees. But I also knew that if I wasn't diligent or careful enough, it could easily swallow me whole.

At The Shop, I saw how raw some people's lives were. Often, I'd be on the phone for half an hour with Telstra to verify a customer's ID, only to be told that their mobile phone could not be connected because they had no fixed address. Of course they didn't, I wanted to retort, they needed the phone because their husbands were bashing them and they were in hiding with the kids. I'd get the distraught woman a cup of instant coffee, and try again, suggesting they use the address of their sister, their friend.

Then, in the 10 weeks before my final exams, like a faulty computer, I broke down. I stopped eating and sleeping and thinking, and sometimes forgot how to breathe. I woke up every morning in a blind choking panic and went to bed at night hoping not to wake up. "You're just too stressed about your exams," my parents reassured me, but I could tell by the looks in their eyes and the prescription pills that they tried to feed me that I was heading towards an abyss.

My mother now had a new purpose – making sure I made it through. She delivered all meals to me as I sat on the floor, staring listlessly at my notes. She memorised my exam timetable and drove me to all of them even though I told her it was pointless because I'd just be writing gibberish anyway. 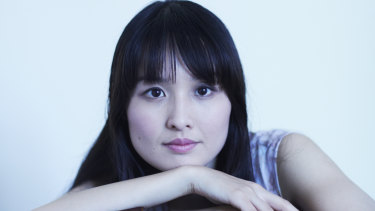 And then it was all over. Year 12 was done. All I had was the endless summer, and for the first time I wanted to hide at home. My mother wouldn't let me. "You can't mooch around all day!" she railed. "You're going straight to The Shop on Monday. Even if you fail all your exams, you can still read and write. You can still take over the family business."

Drained of all joy, I stood at the front counter, trying to sell alarm clocks and batteries, feeling alarmed while imagining a life behind the till forever. "She's so good," my parents' friends would tell my dad. "So helpful, so hardworking."

Yet good meant nothing to me. What good had being good done for me except get me into this predicament, the same as all the other voiceless girls before me, who became too good and obedient to ever fully figure out what for their own good meant? I felt cornered. Stripped of self-esteem, I knew I'd never find gainful employment anywhere else.

When my year-12 results came in, everyone was surprised. It turned out I'd been a good investment. I'd done better than anyone expected. In fact, before the summer was over, I'd be off to law school. Slowly, the fog lifted.

So long, suckers, I thought. Keep filming your lives on VHS and catching those grannies, keep haggling over the cost of $20 hair curlers. I'm out of here!

To think I'd spent most summers looking for romance at The Shop and hiding vibrators from my aunt. It seems there was a clear split between who I was at 17 and who I became at 18, as if someone had taken a cleaver to my soul and whacked it right down the middle. It was the stark difference between being a helpless child beset by the problems of her family and a free agent, able to shed her old skin.

At university, the potential to be someone different, someone better, was intoxicating. I got the sense that I was accepted not because I was useful or good, but because I was interesting. Of course, I milked it. I invited my new university friends over for a gritty tour of my 'hood, laughing along at the shops full of glitter shoes that reeked of rubber glue, and plastic Jesus posters with light-up hearts – in alliance with their amused assessments of "tacky kitsch", instead of remembering these were the most beautiful things poor people could afford.

The Shop was not the be-all and end-all. Finally, I owned my own time and could venture further than Footscray, and I wanted to make the most of this freedom. I thought of Anaïs Nin and the day she realised that to remain tight in a bud was now more painful for her than the risk it took to blossom, and I wasn't sure whether I'd like the new person I would become. But I knew I had to find out for myself.

This article appears in Sunday Life magazine within the Sun-Herald and the Sunday Age on sale June 2.