‘The View’ is in no rush to replace Meghan McCain

Sunny Hostin and Ana Navarro have been cleared to return to the table at “The View” after false positive COVID-19 tests forced them off-air on Friday, ABC insiders exclusively revealed to Page Six.

As of Sunday afternoon, “[Sunny] is definitely returning to the studio [on Monday]. [Parent company] Disney said they’re clear. No quarantining is necessary,” one insider said.

Another insider told us they are “95 percent” sure Hostin will be in studio on Monday. Navarro, who is a part-time host, is expected to continue her regular Thursday and Friday appearances later this week.

Hostin and Navarro were rushed off the air on Friday – moments before they were set to interview Vice President Kamala Harris – after executive producer Brian Teta announced they tested positive for COVID-19. The ladies were “both very emotional about it for good reason,” sources told Page Six.

“They were pissed because everyone’s been waiting for this big interview for two weeks now, and then it was derailed because of a false positive,” one insider said.

“It was not OK. They made the decision to reveal their COVID-19 results in the heat of the moment when they should’ve gone to commercial break,” a second insider noted.

“They could’ve stopped, and thought about how to handle it, as opposed to being crazy on the air and running around like chickens with their heads cut off,” they added. 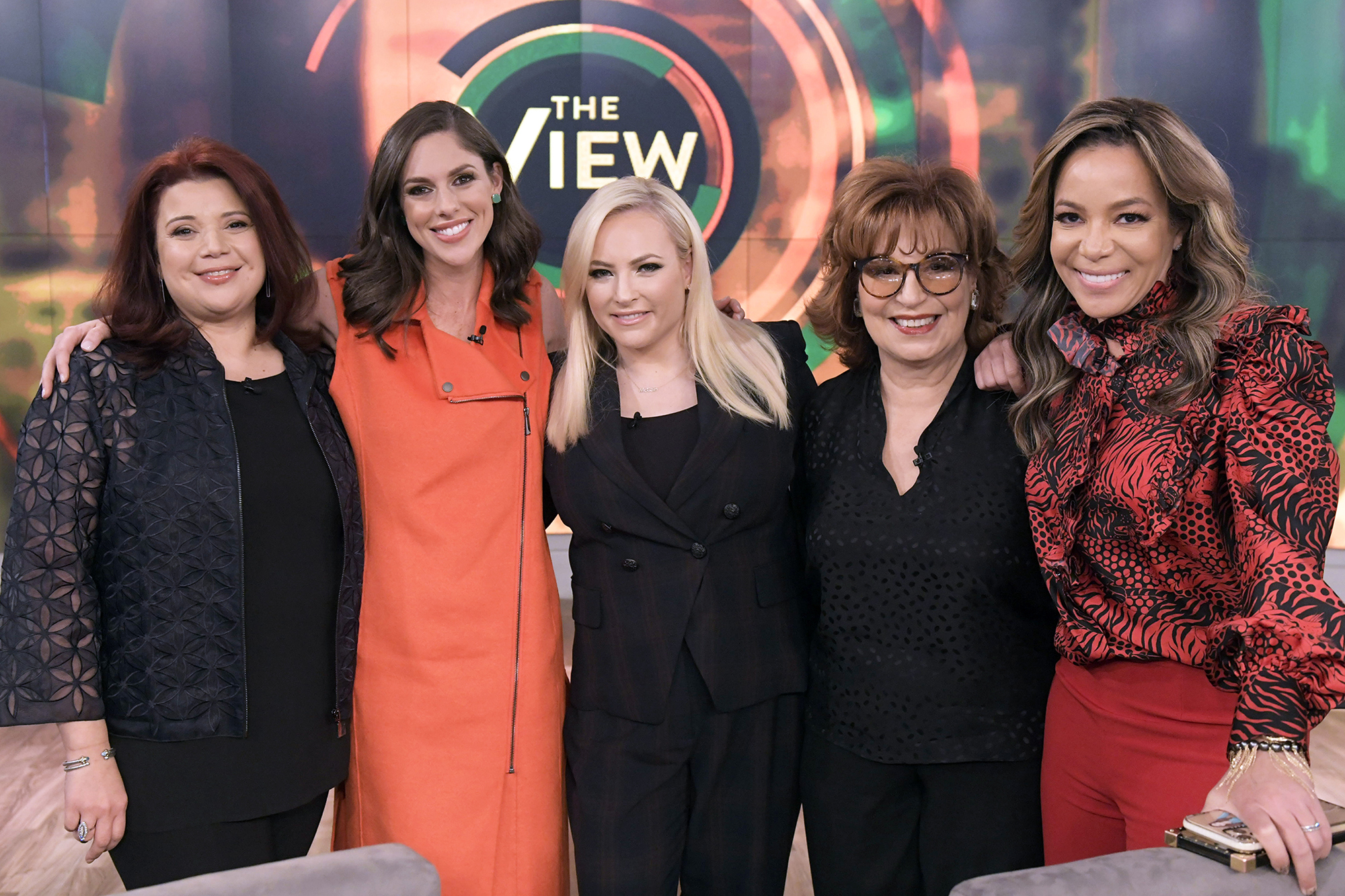 Hosts and staff on the show are tested for COVID-19 multiple times a week. It’s unclear how the ladies were allowed to go on-air without having their test results back first.

ABC has not provided an explanation, but multiple sources have described the sloppy testing protocol as an “epic fail.” One source described it as “some wild ‘House of Cards s–t,” referring to the canceled Netflix political thriller.

Page Six exclusively reported on Friday that both Hostin, 52, and Navarro, 49, subsequently took a rapid test and a PCR test. All came back negative, ruling their first tests a false positive.

They took another PCR test on Saturday. Their results were also negative.

Navarro appeared on “Anderson Cooper 360” on Friday while quarantining in New York.

”Very thankful to have gotten a third negative PCR test result this afternoon,” she tweeted on Saturday, before returning home to Miami where she resides.

Hostin has not yet addressed the matter. Reps for ABC did not immediately respond to Page Six’s request for comment.