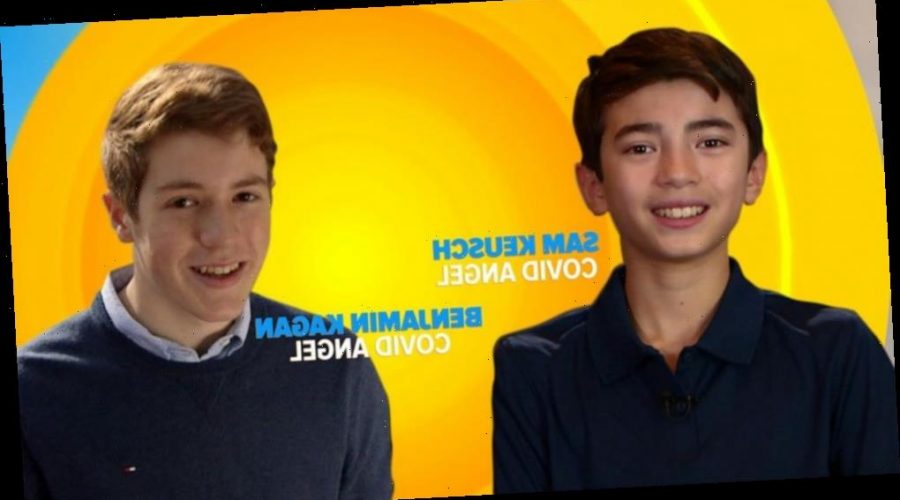 Teens across America are using their tech savvy skills to book thousands of vaccine appointments for seniors who need them.

Sam Keusch, 12, a seventh grader in New York, started helping seniors get vaccinated after he realized that many would have a tough time booking COVID-19 vaccine appointments online.

“A lot of seniors, they need it a lot more than younger people do, because young people are not as in danger as seniors,” Keusch told “Good Morning America.”

Keusch said he started helping people get vaccinated three months ago as a project for his bar mitzvah. He created a website called VaccineHelper and put together a small digital army to grab appointments for seniors in his New York neighborhood. Now, more than 2,500 people have gotten vaccinated through the site.

One of the people to rely on Keusch’s efforts was Caprice Adler, an 87-year-old Holocaust survivor.

Map shows which states offer COVID-19 vaccines to everyone

“Some people, they feel very helpless, something bad is happening and they don’t think they can do anything about it,” said Adler. “And what can one person do? One person can do a lot! And that lovely child could do something that adults could not get themselves organized to do, and a 12-year-old did it!”

Keusch said he works on getting vaccine appointments before and after his online schooling.

“One side of my screen is probably studying and one side, I just keep refreshing the page and getting appointments,” said Keusch. “I will be doing this until the demand goes down. … But if it doesn’t, then I’ll keep on doing this.”

Benjamin Kagan, 15, from the North Side of Chicago, is also splitting up his days between school and helping people find vaccine appointments.

“It’s a difficult balance,” said Kagan, who said he’ll use lunch breaks and time after school to search for vaccine appointments. “All my sleep has definitely taken a hit from it … but I’m obviously helping so many people and it’s just work that needs to be done.”

Kagan’s goal to get people vaccinated began when his grandparents in Florida needed vaccines.

“This technology is just not built for people that are 65-plus,” said Kagan. “My grandfather doesn’t even have a cellphone. They’re not going to be able to book an appointment themselves. So really, we’re all they have. It’s a big responsibility, but no one else is going to do it.”

Since helping his grandparents, Kagan has helped more than 1,000 people get the COVID-19 vaccine. And he did so with the help of 50 other volunteers he found on Facebook who call themselves the “Chicago Vaccine Angels.”

“What we’re doing is we are just directly booking appointments for people that fill out our form, stating that they need help when they can’t book them,” explained Kagan. “Around 70% of the people that fill out our form are seniors, 65-plus here in Illinois, and they’re struggling so much to book these appointments because, like I said, they’re not tech savvy and they’re not going to be able to book an appointment themselves. So really we’re all we have.”

Kagan encouraged those who know someone who’s struggling to get a vaccine or book an appointment to reach out.

“You may be able to lend a hand to them and it’s potentially saving their lives,” said Kagan. “Being able to help someone in that way is such an incredible gift.”