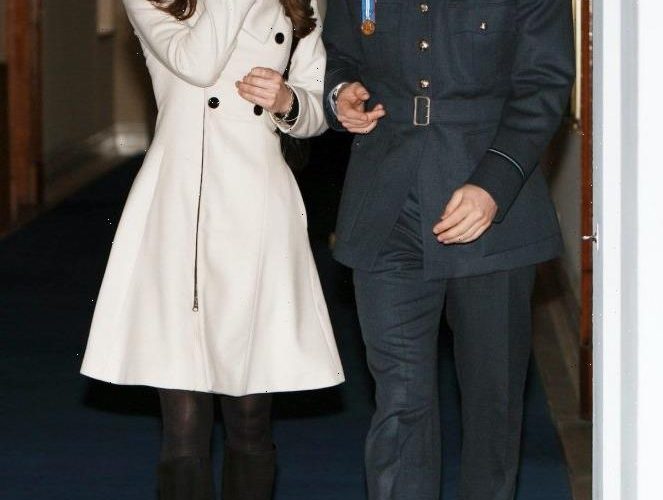 Prince William and Kate Middleton have been dating since 2002. Though it took a while for the couple to walk down the aisle, the two shared plenty of fun times together before they became a working-royal couple.

Throwback images of the couple living their best lives show a side of William and Kate that the public hasn’t seen in years. And they exemplify just how much the royal family can change a relationship’s dynamic.

Prince William announced in 2001 that he would be attending the University of St. Andrews in Scotland. During his first semester, he met Kate Middleton, and the two became instant friends. There were reports that they were each dating separate people at first, but once William saw Kate walk in a campus fashion show, he realized he wanted to date her.

The two hid their relationship from the public until around 2004, when Kate was spotted vacationing with the royal family. From there, they went public, though they took a brief hiatus in 2007 while William was training with the military.

William finally proposed to Kate in 2010, after the tabloids had nicknamed her “Waity Katie” for waiting eight years for him to pop the question. The two tied the knot in 2011, and once Kate became an official working royal, the couple’s dynamic seemed to shift.

It’s no easy feat being a working royal. There are plenty of rules to follow, and a strong reputation is paramount. But when William and Kate were younger and had less to worry about, they seemed to have far more fun.

A royal fan account recently posted throwback images that show just how much fun the two had before tying the knot. In 2006, William and Kate vacationed in Ibiza, Spain, with the Middleton family. The photos show them jumping off the boat, holding each other, and laughing. In 2008, William and Kate attended a social event together, and photos were snapped of the two dancing excitedly with one another. Their big smiles were visible, and it was clear they were living in the moment — and living for each other.

The public would be hard-pressed to find any images of William and Kate having so much fun today. Their dynamic has changed quite a bit after a decade of marriage and three children. Plus, they’re continuously building their royal reputations, which doesn’t allow them to let loose in the spotlight.

Now, William and Kate hardly hold hands in public. They have been seen laughing together with the occasional touch, but for the most part, they’re hands-off. Though it appears the couple still has a strong marriage, their change in demeanor could certainly be an example of the toll royal pressure can take on a highly publicized relationship.