Jennifer Garner‘s Pretend Cooking Show is back! Well, sort of. The Camping alum took to her Instagram on Wednesday, August 12, to share a super simple recipe for one of her favorite summer drinks. 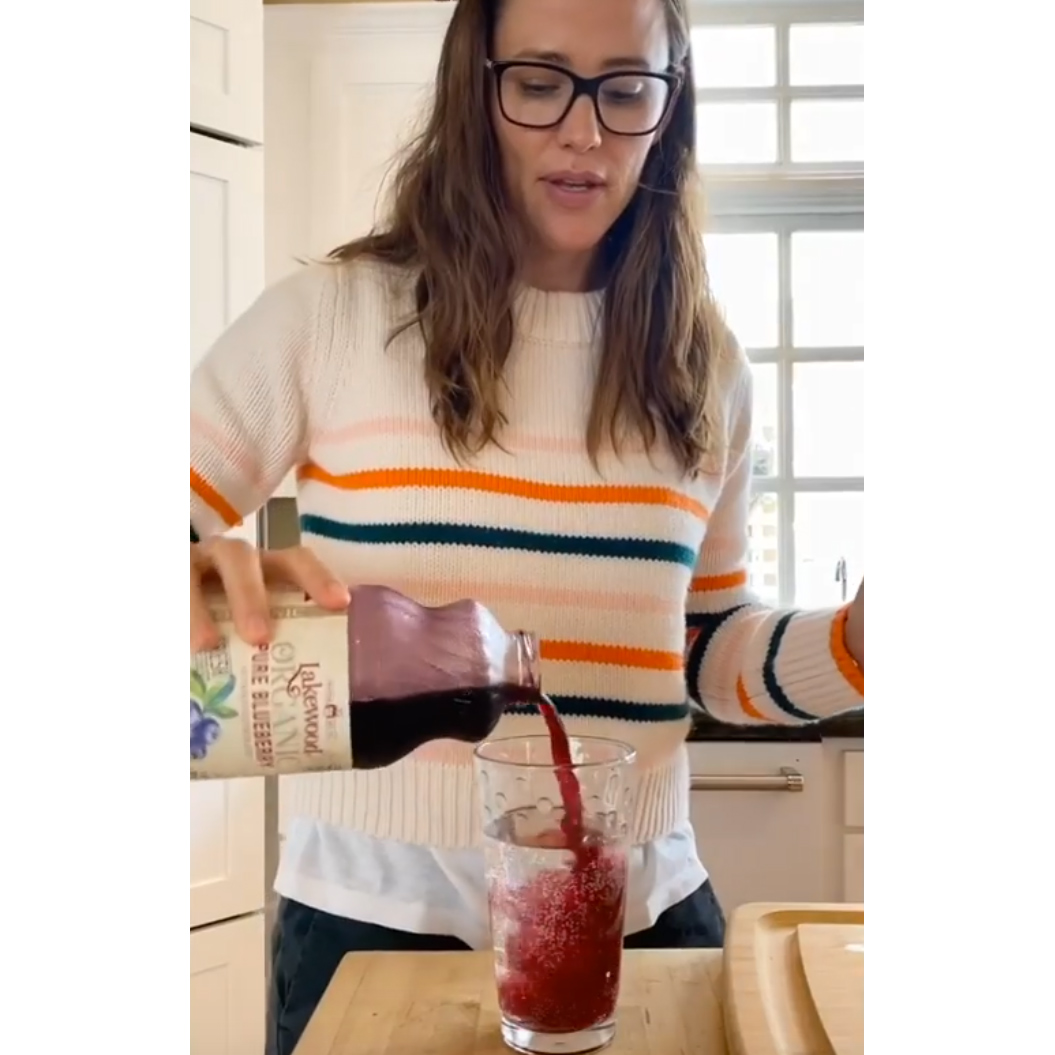 At the start of the video, Garner, 48, placed a glass on her kitchen counter and poured some “perky water” (A.K.A. sparkling water) into it. “This is a treat during COVID times,” she quipped, referring to the ongoing coronavirus pandemic.

The Peppermint star, who was wearing a striped sweater and glasses, then poured a bit of blueberry juice into the glass and toasted herself with a simple “cheers.”

Garner acknowledged the recipe’s simplicity in the Instagram caption, but noted that she was still a fan of the refreshing beverage. “Blueberry juice + sparkling water = 😄 #itsthelittlethings #pretendcookingshow-ish,” she wrote. 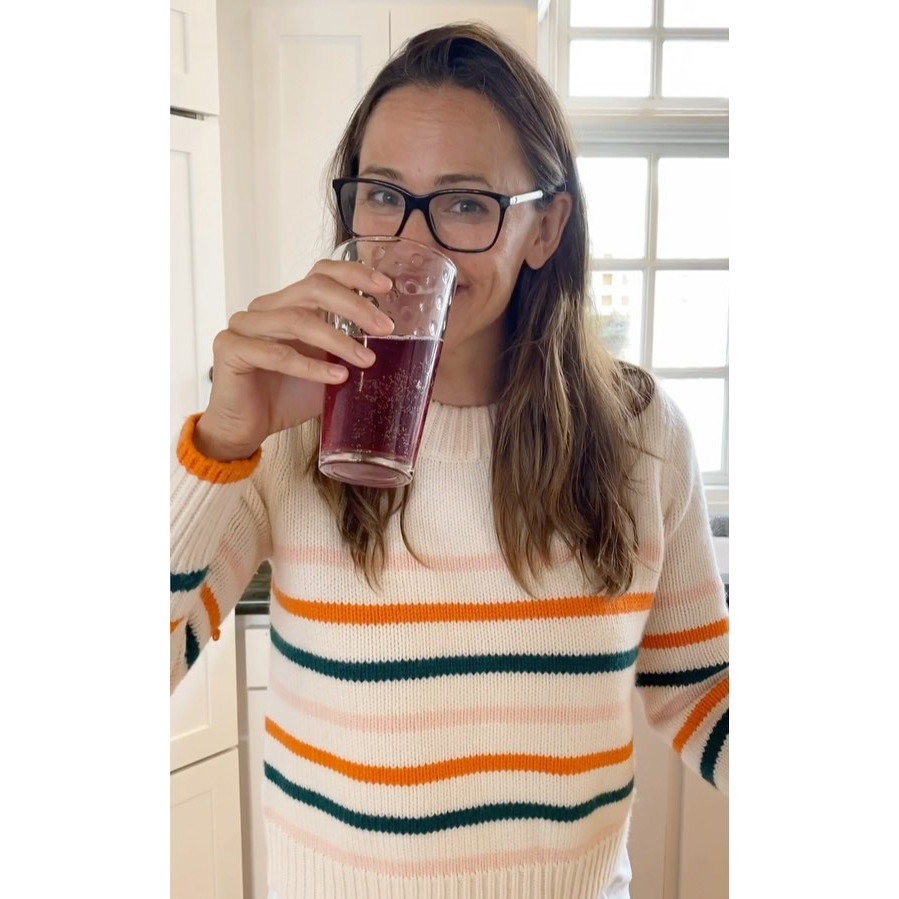 In the past, the Alias alum has whipped up some pretty impressive dishes on her Pretend Cooking Show, which she hosts on her social media channels. In March, she made homemade pretzels after her 8-year-old son, Samuel, told her she was eating too much candy. “If you’re looking to have a Good Mom Day , homemade soft pretzels should do the trick. ♥️♥️ Perfect for passing back to kids on their way to soccer/swim/ballet/coding/piano,” the Once Upon a Farm cofounder noted in the Instagram caption at the time. “I’ve tried a bunch of recipes and love @altonbrown’s.”

Last month, the Texas native went with a family classic and baked some cornbread using her grandmother’s recipe. “This cornbread takes no time at all, is incredibly forgiving and is an every other day staple at my house: perfect to fill in a dinner, perfect for a snack, perfect for breakfast,” she shared on Instagram at the time. “Plus, it tastes like home. I hope you love it as much as I do.”

Garner’s latest cooking adventure came about a week after news broke that she and her boyfriend, John Miller, split after two years of dating. “He was ready for marriage and she just couldn’t commit,” a source told Us earlier this month. “They parted on very amicable terms.”

The 13 Going on 30 star sparked breakup rumors after she was spotted having a fun-filled day at a beach in Malibu with her former Alias costar Bradley Cooper on August 5. In photos published by TMZ, the pair were joined by the A Star Is Born actor’s 3-year-old daughter, Lea De Seine, whom he shares with ex-girlfriend Irina Shayk.