Researchers in Greece found that a diet rich in vegetables and lower in poultry and alcohol — two hallmarks of the Mediterranean diet — was associated with a decreased likelihood of developing symptoms of depression or a diagnosis of depression later in life.

The study was presented over the weekend at the American Psychiatric Association’s 2019 Annual Meeting in San Francisco.

It is the latest example in a surge of recent research showing how what we eat can affect our brains and mental health. Another popular diet, the Dietary Approaches to Stop Hypertension (DASH) eating plan, has also been found to reduce the risk of depression later in life. 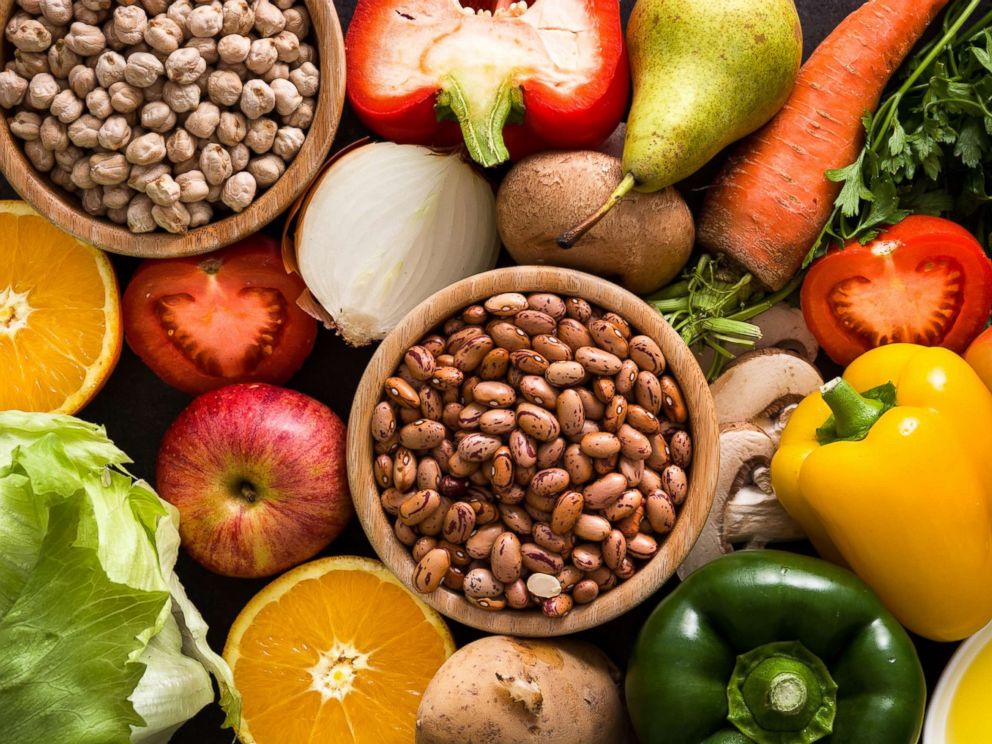 Researchers have even said that diet “is as important to psychiatry as it is to cardiology, endocrinology and gastroenterology.”

Both the Mediterranean and DASH diets are consistently ranked at the top of U.S. News and World Report’s annual diet rankings. The Mediterranean diet was named the top overall diet this year for the first time.

Here is what you need to know about the diet and the connection between diet and brain health.

The Mediterranean diet is an eating pattern that emulates how people in the Mediterranean region have traditionally eaten, with a focus on foods like olive oil, fish and vegetables.

U.S. News and World Report calls the diet a “well-balanced eating plan” and pointed to research that suggests the diet helps prevent some chronic diseases and increases longevity.

The Mediterranean diet emphasizes eating fruits, veggies, whole grains, beans, nuts, legumes, olive oil and flavorful herbs and spices; fish and seafood at least a couple of times a week; and poultry, eggs, cheese and yogurt in moderation, according to U.S. News and World Report.

It also emphasizes getting plenty of exercise and enjoying meals with family and friends.

How diet affects the brain

Most people experience occasional, “situational” depression, or what doctors call an adjustment disorder, when losing a job or experiencing a difficult breakup, for example.

Depression is a persistent loss of enjoyment in things you used to love, a slide into lethargy and despair, sleep problems and disinterest.

Since what people eat -– the nutrients available to the body -– affects various bodily functions, it seems logical that diet would affect chemistry and mood as well.

Diet decisions that improve the rest of the body may improve the brain’s outlook on the world.

“When people are feeling better by dieting and losing weight or resolving symptoms that they’re having, that could have an impact on mood,” Dr. Sherry Pagoto, a licensed clinical psychologist and University of Connecticut professor, told ABC News last year. “When people do engage in healthy lifestyle changes, we do see improvements in depression.”

Nutrition also influences the immune system, which has been shown to impact the risk of depression.

It could also come down to inflammation, research shows.

A study published last year gave more support to the theory that increased inflammation in the body could play a role in depression. The study, published in The Journal of Clinical Psychiatry, found that people who had depression had 46 percent higher levels of C-reactive protein (CRP), a marker of inflammatory disease, in their blood.

Diets like DASH and the Mediterranean Diet are both rich in anti-inflammatory foods.

Foods like white bread, margarine, red meat, processed meat and fried foods can cause inflammation in the body and should be eaten minimally or avoided, according to Harvard Medical School.

Tomatoes, olive oil, green leafy vegetables, nuts, fish like salmon and sardines and fruits like oranges and strawberries are all foods that fight inflammation, according to Harvard’s list.