Thomas Silverstein, a violent white supremacist who was believed to have been held in isolation longer than any other American inmate in a federal prison, and who personified a campaign against solitary confinement as cruel and unusual punishment, died on May 11 in Lakewood, Colo. He was 67.

His death, at St. Anthony’s Hospital southwest of Denver, was caused by complications of heart surgery, his wife, Renee Silverstein, said.

Mr. Silverstein had weeks ago been transferred to the hospital from a super-maximum prison in Florence, Colo., which the federal Bureau of Prisons opened in 1994 to house terrorists, serial killers, drug lords and others considered incorrigible.

Mr. Silverstein was serving three consecutive life terms for the killing of two fellow prisoners and a guard while behind bars. He had been incarcerated continuously since 1975, originally on an armed robbery conviction. He was said to have joined the Aryan Brotherhood, the white nationalist prison gang, while serving time at Leavenworth Penitentiary in Kansas.

The journalist and author Wilbert Rideau, who served almost 44 years in prison on manslaughter charges, wrote in an Op-Ed article in The New York Times in 2013 that by defying authority and protesting their punishment, Mr. Silverstein and inmates like him became “examples of abuse of power and sometimes a rallying point for their fellow prisoners, who know they could one day face the same fate.”

The volcanic behavior of prisoners like Mr. Silverstein toward fellow inmates and correction officers spurred the federal government to build so-called supermax prisons like Florence, where extreme lack of human contact reduced incidents of violence by convicts but also raised concerns about the impact of complete solitude on their mental health.

“Silverstein’s actions were responsible for ushering in a new era in modern-day corrections,” said Pete Earley, a former Washington Post reporter who interviewed him for his book “The Hot House: Life Inside Leavenworth Prison” (1992).

Mr. Silverstein was held at Leavenworth for about 20 years in a specially-designed suite where day and night never varied: A fluorescent ceiling light remained on continuously to facilitate ceaseless video surveillance. Meals were delivered through a slot in the cell door. Visitors were severely restricted, and outgoing phone calls were capped at two a month.

Imprisoned at the Florence supermax since 2005, he was confined 23 hours a day in an 80-square-foot cell, the minimum legal size of a New York City kitchenette. Exercise was limited to one hour a day in a private adjoining enclosure. His only immediate link to the outside was a black-and-white television in his cell. 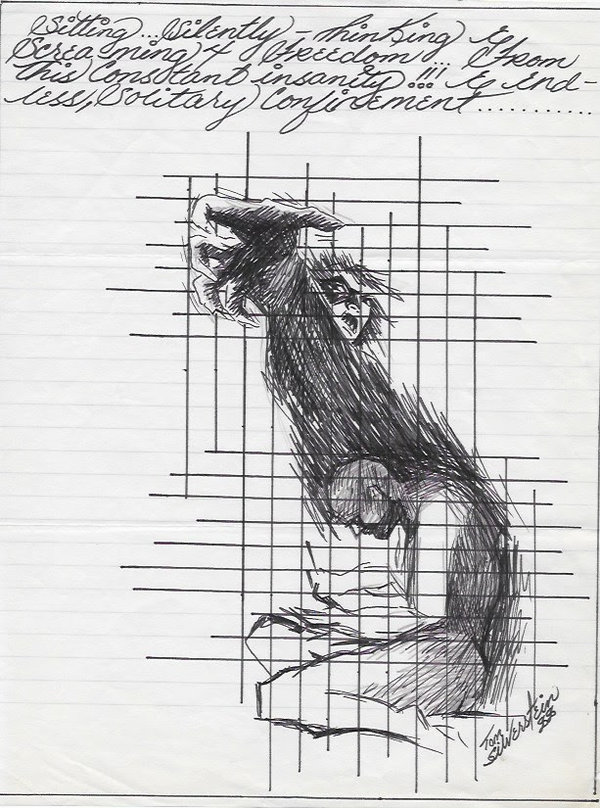 The “no human contact” punishment was imposed by Norman A. Carlson, the Bureau of Prisons director, in 1983 in response to Mr. Silverstein’s savage stabbing of the prison guard. With no federal death penalty in effect at the time for killing a correction officer, Mr. Carlson said this week in an email, “I don’t know what else could have been done to prevent further violence by a man who had nothing to lose.”

He was born Thomas Edward Conway on Feb. 4, 1952, in Long Beach, Calif. He told Mr. Earley that his mother, Virginia, who had been imprisoned for robbery as a teenager, was pregnant with him when she divorced her first husband and married Thomas Conway, whom Mr. Silverstein described as his natural father.

Tommy Silverstein, as he was now known, was often bullied in the working-class neighborhood where he grew up, in part because schoolmates mistakenly thought he was Jewish. Once, he remembered, his mother threw bricks through the front window of a local bully’s home after the boy’s father had incited another fight between his son and Tommy.

“That’s how my mom was,” Mr. Silverstein said. “She stood her mud. If someone came at you with a bat, you got your bat and you both went at it.”

When Tommy was 14, he stole a car, got into a fistfight with a police officer and was sentenced to a reformatory.

On his release he started using heroin and stole to support his habit. He and Thomas Conway and a cousin were convicted of armed robbery three times, the first in 1971, landing Mr. Silverstein initially in San Quentin Prison in California.

Later, as a repeat offender at Leavenworth, he was convicted of murdering Danny Atwell, a fellow inmate who had refused to transport heroin within the prison. Mr. Silverstein was sentenced to life without parole and transferred to the penitentiary at Marion, Ill. (That conviction was overturned in 1985 when the credibility of jailhouse informants was questioned.)

In 1981, Mr. Silverstein and another inmate, Clayton Fountain, were convicted of murdering Robert Chappelle, a member of the D.C. Blacks prison gang. During the trial, the gang’s national leader, Raymond (Cadillac) Smith, was transferred to Marion, apparently intent on killing Mr. Silverstein in revenge. (Prison officials, Mr. Silverstein said later, were aware of the threats but “didn’t take any action to make me safe.”)

Mr. Silverstein and Mr. Fountain got to Mr. Smith first, stabbing him 67 times with makeshift weapons, then dragging his body along prison catwalks as an object lesson. Mr. Silverstein received two more life sentences, for the murders of Mr. Chappelle and Mr. Smith. He insisted that he was innocent of the Chappelle murder and that he had killed Mr. Smith in self-defense.

By 1983 Mr. Silverstein had taken up art, teaching himself and becoming accomplished at it. One day, on his way back from showering, another prisoner handed him another makeshift knife and a homemade key. Using it, he managed to unlock his handcuffs and then fatally stabbed Merle E. Clutts, an unarmed correction officer, about 40 times.

Mr. Silverstein claimed that the guard had tormented him by, among other indignities, smudging his artwork. But prison officials said they found no evidence of mistreatment. That same day, Mr. Fountain murdered another guard.

Mr. Silverstein, who would not have been eligible for release until 2095, was working on an autobiography when he died. He had written numerous articles as well, some for publications like Prison Legal News. 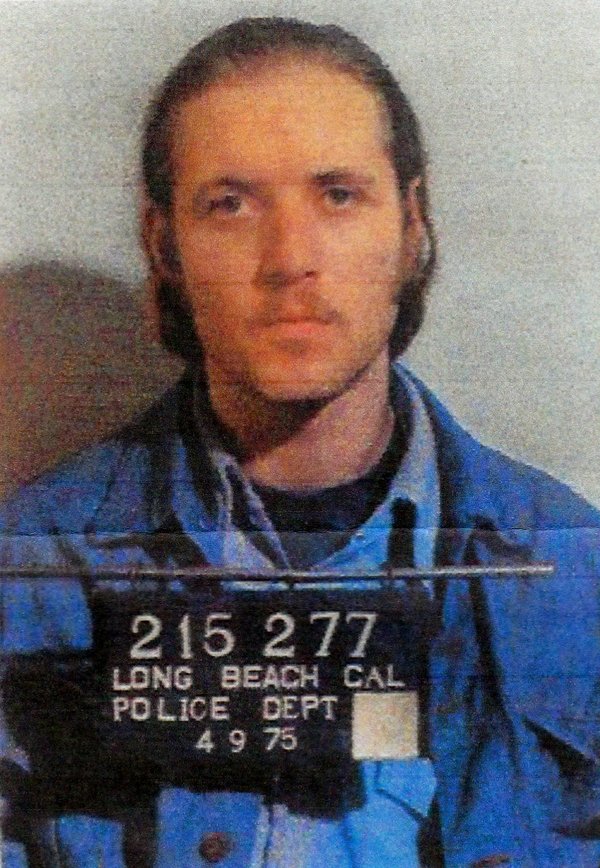 “Drip, drip, drip,” he wrote of solitary confinement, “the minutes, hours, days, weeks, months, years, constantly drip away with no end or relief in sight.”

Nonetheless, his sister, Sydney McMurray, told Westword, “My brother has a spirit that is unbreakable.”

Besides his wife and his sister, his survivors include a son and a daughter by his former wife, Judy Atkins; and a brother, Morris.

In court documents appealing for his release from solitary confinement, Mr. Silverstein apologized in 2011 to the family of the slain prison guard and to his own children “because,” he said, “their father was not there for them.”

He said that being incarcerated most of his life had changed him. “I didn’t come in here a killer, but in here you learn to hate,” he told Mr. Earley in 1992. “The insanity in here is cultivated by the guards. They feed the beast that lingers within all of us.”

He said he had been a model prisoner since 1983, when he was first denied human contact, and by 2007 he had become an advocate for the mentally ill on a blog that his family and friends maintained in his name. All the while, his own mental state improved, he said.

“I just have more self-control now, after 25 years of yoga, meditation, studying Buddhism and taking some anger-management courses,” he told Westword, a Denver news website.

“Even though we may not execute people by the masses, as they do in other countries, our government leaders bury people alive for life in cement tombs,” he was quoted as saying. “It’s actually more human to execute someone than it is to torture them, year after year after year.”

Paul Wright, the editor of Prison Legal News, who has published some of Mr. Silverstein’s writing, said, “I’m amazed that he’s not stark, raving mad.”

Mr. Silverstein said his long isolation led to periods of profound anxiety and hallucinations. He was examined periodically by prison psychologists, who certified that any displays of grousing or anger about his confinement were proof enough that he was mentally stable.

In 2014, the Tenth Circuit Court of Appeals in Denver ruled that Mr. Silverstein’s “history with regard to both his violent conduct and leadership in the Aryan Brotherhood makes this a deeply atypical case, and it is clear his segregated confinement is commensurate with ongoing prison security concerns.”

The court ruled that his decades of solitary confinement did not constitute cruel or unusual punishment.

21/05/2019 Lifestyle Comments Off on Thomas Silverstein, Killer and Most Isolated Inmate, Dies at 67
Lifestyle