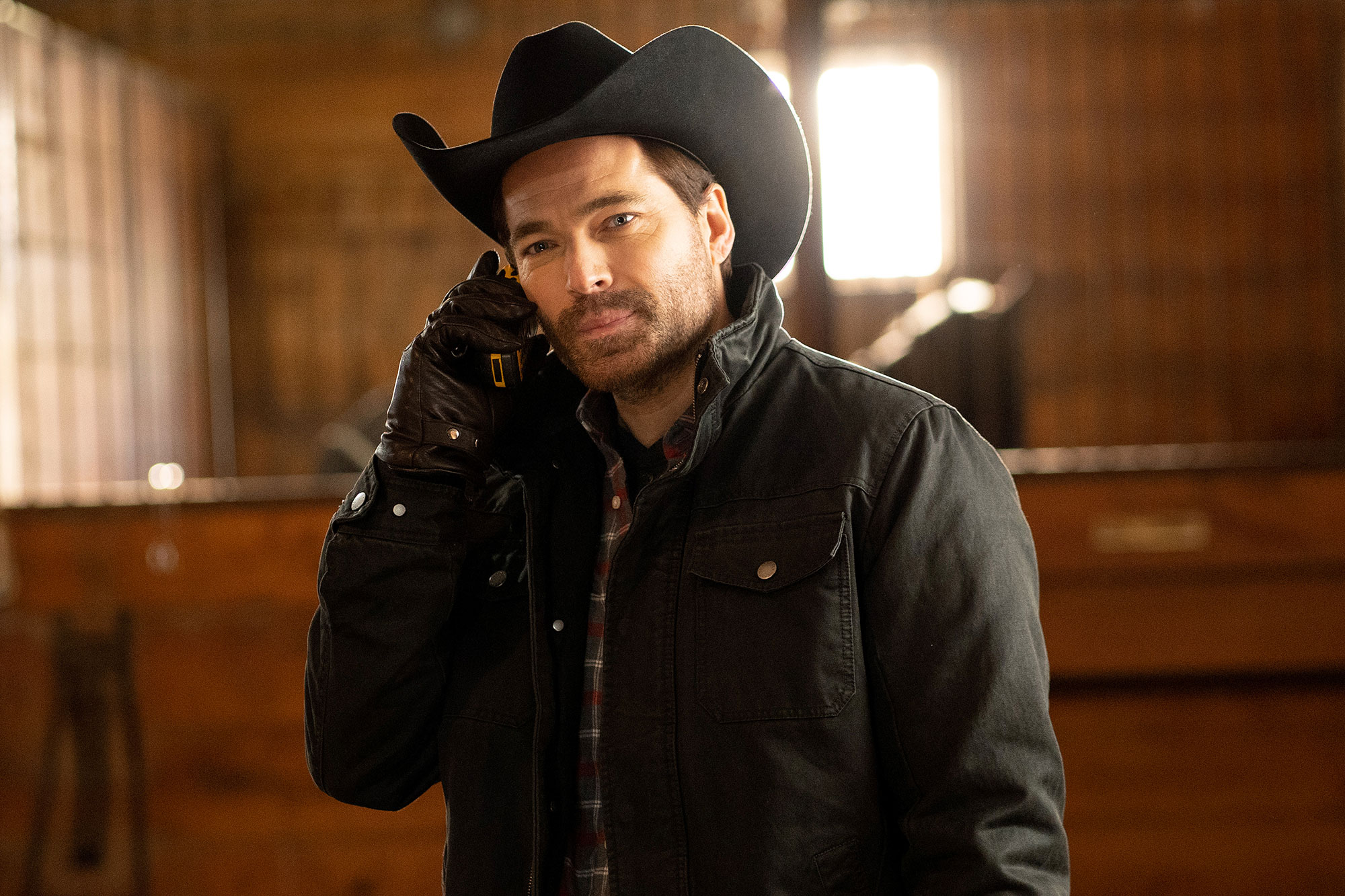 A real-life narrow escape! Tim Rozon had the time of his life filming the Love in Wolf Creek sequel, Christmas in Wolf Creek — but the actor had a harrowing close call with his health along the way.

Let It Snow! A Guide to Every Holiday Movie on TV During the 2022 Season

“I almost died making Christmas in Wolf Creek,” Rozon, 46, exclusively told Us Weekly. “My appendix exploded and I didn’t even know what an appendix was. I didn’t do anything because I’m a guy and I just tried to sleep for like 36 hours and then finally I went to the emergency room and had surgery and they saved my life.”

The Canada native, who portrays Austin Spencer in both movies, revealed that he had two days left of filming the romantic drama before things went awry — and credited the crew for getting him through the scary incident.

“We finished the movie because the [crew is] amazing. So it was a Christmas miracle all the way around,” he gushed to Us of his on-set experience.

Despite the health scare, the Schitt’s Creek alum thoroughly enjoyed returning for the sequel. After Love in Wolf Creek followed Austin and Samantha (Nola Martin) as they tried to preserve a wildlife conservation center while falling in love, Christmas in Wolf Creek reunites the pair as they save Christmas for the town, a lost reindeer — and each other.

Both films focus heavily on the conservation of nature — something Rozon related to after portraying Doc Holliday on Syfy’s Wynonna Earp for six years from 2016 to 2021.

“I love the rancher aspect of the movie. I played a cowboy for four years on Wynonna Earp, so I was very excited to get back and play a rancher and just get a cowboy hat,” he told Us of stepping back into Austin’s boots. “Playing with the animals for sure was the best.”

Unlike most holiday flicks, however, Wolf Creek maintains a heavy authenticity by actually filming in North Canada, which means real snow and real cold.

Celebrity Health Scares Through the Years

“It really helps that we were out in the elements,” he shared. “All [the] snow [is] real. And there’s seven feet of snow [in] some places. You’d think we’re on a different planet. It was just really fun to be with good people and in the elements. And to be honest, when it’s snowing it’s not that cold. That’s the secret. It snowed a lot, so it looks cold, but it’s bearable. It’s when there’s no snow, that’s when it’s a cold secret.”

As an equestrian himself — Rozon and his wife, Linzey Rozon, own horses on their ranch — the Montreal native was a fan of working so closely with the animals of the film. Nothing quite compared, however, to jumping back into work with Martin after the pair hit it off in Love in Wolf Creek.

“She’s just a good person. She’s the same as me honestly. She’s a hard worker and we’re both happy to have our jobs,” he gushed to Us of his scene partner. “We know how lucky we are to be actors and to be actors in a good movie with a good script and a good director. We don’t take it for granted. We just had a great time together. … She’s awesome. I can’t say enough nice things about her.”

Amicable costars are especially important when the job ends up landing its lead actor in the hospital. “If you’ve got to spend your time away from your family almost dying, it’s good to do with good people,” Rozon quipped. 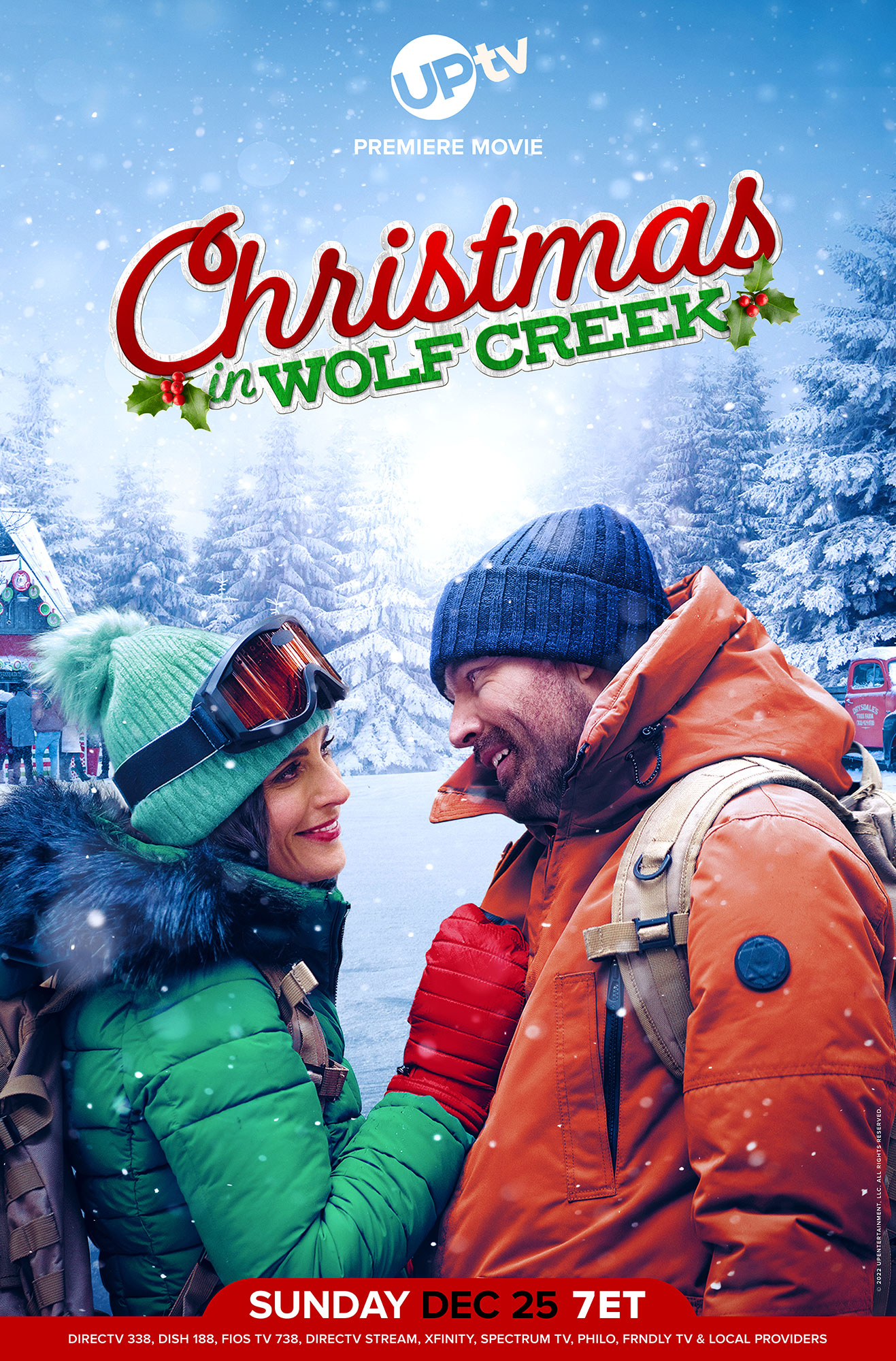 Filming Wolf Creek may have been one of the “[most fun] experiences of the year” for the Beginner’s Luck star, but Rozon said viewers should tune in to the festive rom-com so they can be reminded of the “power” of Christmas.

“It’s about forgiveness. I think that’s kind of the cool thing about Christmas, there’s this special thing that happens where people kind of make amends in their lives or they forgive a little easier than they would throughout the rest of the year,” he explained. “And that’s what I love about [it].”

Unlike a holiday romance that follows two people finding each other, Wolf Creek is about a couple that is dealing with “where they are in their life” and “where they want things to go,” he added.

“They know they care about each other deeply,” he said. “They don’t really know how to express it, but something happens in the movie, I won’t say what, and it gets them to work together and come together and they realize that love wins. I mean it’s cliche, but Christmas has this power man. And I love it.”

As for if fans will see Austin and Sam reunite on the small screen again, Rozon said, “I really hope so.”

24/12/2022 Lifestyle Comments Off on Tim Rozon: I ‘Almost Died’ While Filming ‘Christmas in Wolf Creek’
Lifestyle