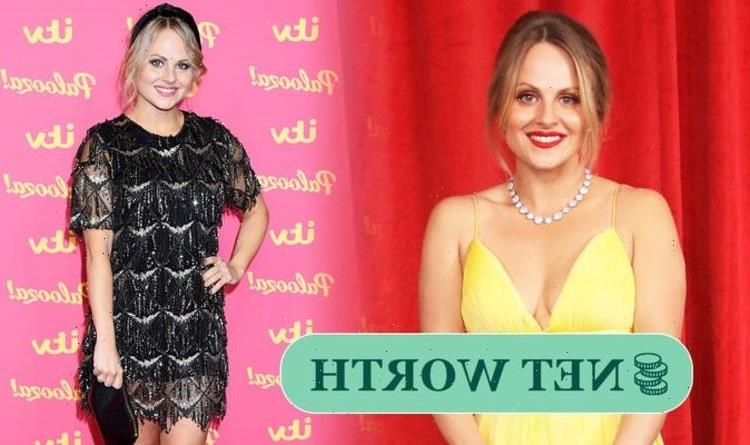 Lucy Fallon is greeted by Tina O'Brien on Corrie set

Tina O’Brien has starred in Coronation Street on and off since 1999. This has helped her build an impressive fortune.

The actress is thought to have earnings up around £4.3million, according to Celebrity Net Worth.

With more than 20 years on the small screen, it is no surprise she has racked up such a sizable sum.

She had her first role on TV in the 1990s starring in ITV’s Children’s Ward in 1997 and The Cops the following year.

In 1999, she first appeared in Coronation Street and played the role of Sarah Platt.

The actress took over from Lynsay King who previously portrayed the character.

While her salary for the role has not been shared, Tina has established herself as a fan favourite.

She has won awards such as Best Storyline at the British Soap Awards and Best Newcomer at the National Television Awards.

In 2019, it was reported she signed a “big money deal” to stay on the programme for another year.

Away from the Cobbles, Tina has made guest appearances on TV shows including Ant & Dec’s Saturday Night Takeaway, Loose Women and This Morning.

She took part in the eighth series of Strictly Come Dancing in 2010.

Celebrities competing in the show are believed to get a fee of £25,000 to take part.

This fee increases depending on how far they get in the competition.

Tina was fourth to be eliminated but continued to earn as she took part in the 2011 Strictly Come Dancing Live Tour.

Tina has also made appearances in popular shows including Call the Midwife, Doctors and Waterloo Road.

The soap star has spoken about her desire to do both television and theatre work.

In 2007, she added to her fortune as she starred in a Manchester pantomime of Cinderella.

Four years later, Tina appeared back on the stage as she played Snow White in Manchester Opera House’s pantomime.

16/08/2021 Lifestyle Comments Off on Tina OBrien net worth: Coronation Streets Sarah Platt has millions in the bank
Lifestyle