New couple alert?! Too Hot to Handle star Harry Jowsey and Larsa Pippen had pop culture fans talking after enjoying a dinner together in Beverly Hills. 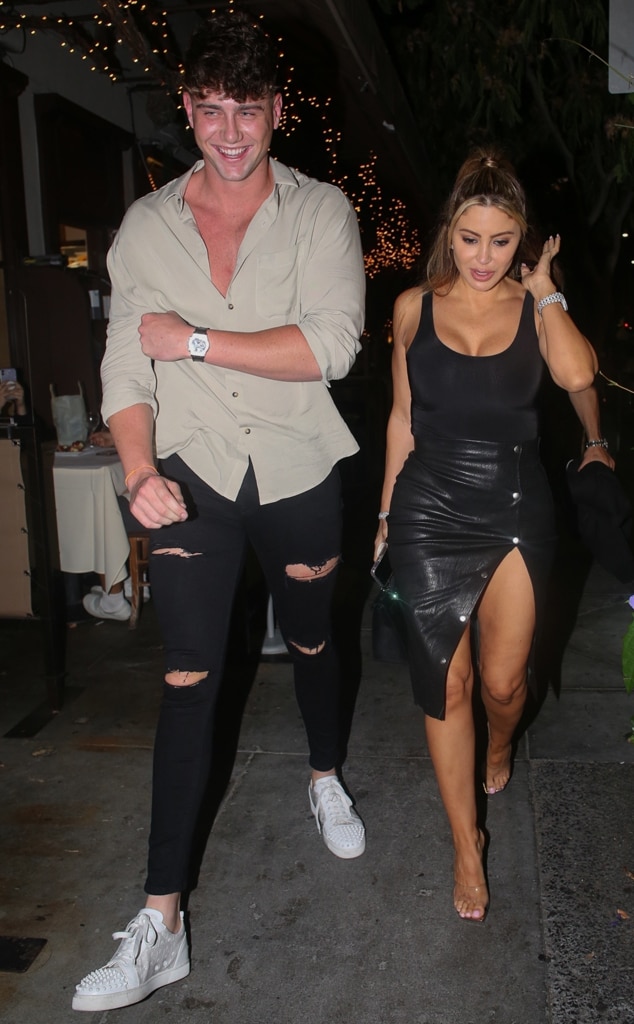 This dinner date is too hot to ignore.

On Wednesday Oct. 7, Too Hot to Handle's Harry Jowsey, 23, had pop culture fans talking after he was spotted enjoying a meal with Larsa Pippen, 46.

The duo traveled to Il Pastaio in Beverly Hills where they were seated at a round table for five. Larsa sported a black dress while Harry kept things casual with ripped denim jeans, white sneakers and a button-down.

"They were flirting a little bit with their elbows rubbing together and constantly laughing," an eyewitness shared with E! News. "It looked like they are just getting to know each other."

After the pair enjoyed their meal, photographers spotted Harry driving off in Larsa's car—ableit, following an innocent struggle. "When he got behind the wheel, he could barely get in because the seat was so far forward and he is so tall," the eyewitness revealed. "Larsa twirled her hair and laughed as she waited for Harry to get more comfortable and drive off."

Before any and all romance rumors could spark between the pair, Larsa was quick to confirm their relationship is strictly platonic. "So I decided I need dance lessons so I called my friend Harry," she shared on Instagram Stories from inside the restaurant. "Stay tuned."

In another plot twist, social media expert Sheeraz Hasan was spotted on the same dinner date. The entrepreneur claims to have a masterclass that helps "make brands famous." His business account later shared video from the outing on Instagram.

Ultimately, both Larsa and Harry are single and appear ready to mingle. Back in Nov. 2018, Larsa re-filed for divorce from retired Chicago Bulls basketball player Scottie Pippen after close to two decades of marriage.

As for Harry, he broke up with Too Hot to Handle co-star Francesca Farrago in June 2020 before sparking romance rumors with Stassie Karanikolaou.

The reality star teased on Instagram Stories that he will be doing another edition of his digital "Love Doctor" series on Oct. 9. Perhaps even more will be revealed.