Lizzo wants to ‘get in the middle of’ Kourtney Kardashian, Travis Barker’s PDA

Charli D’Amelio makes out with boyfriend Landon Barker on Instagram

Machine Gun Kelly announced via his Instagram Stories on Wednesday that the Blink-182 drummer, 46, will be joining him for the last few stops on his “Mainstream Sellout Tour” – despite more health woes.

“Against his doctor’s orders AND with a broken thumb, I convinced @travisbarker to join us for the last couple days 🤘,” MGK, 32, wrote over a screenshot from their FaceTime call.

The “Bloody Valentine” rocker then gave fans a glimpse at the show’s setlist, posting another picture of Barker flipping off the camera.

Barker reposted the pictures to his own account and also promoted limited edition merchandise that will go on sale at the Aug. 10 show in St. Louis, Mo. 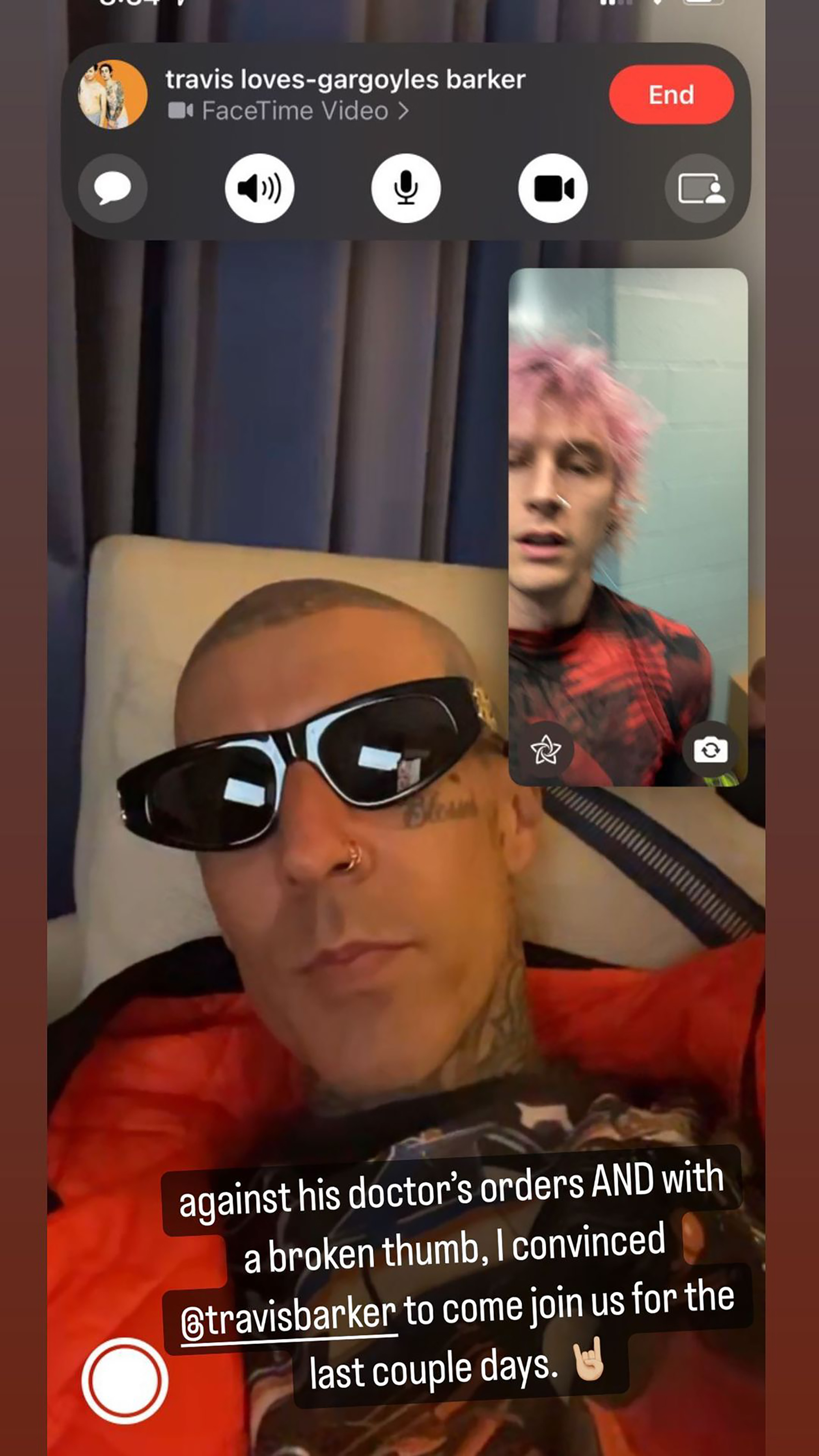 Of course, this isn’t the first time Barker defied his doctor’s orders to join MGK onstage during the “Mainstream Sellout Tour.”

Just last month, Barker made his highly anticipated return to the stage during MGK’s star-studded stop at the Kia Forum in Los Angeles. The performance came just weeks after the drummer was rushed to the hospital with life-threatening pancreatitis. 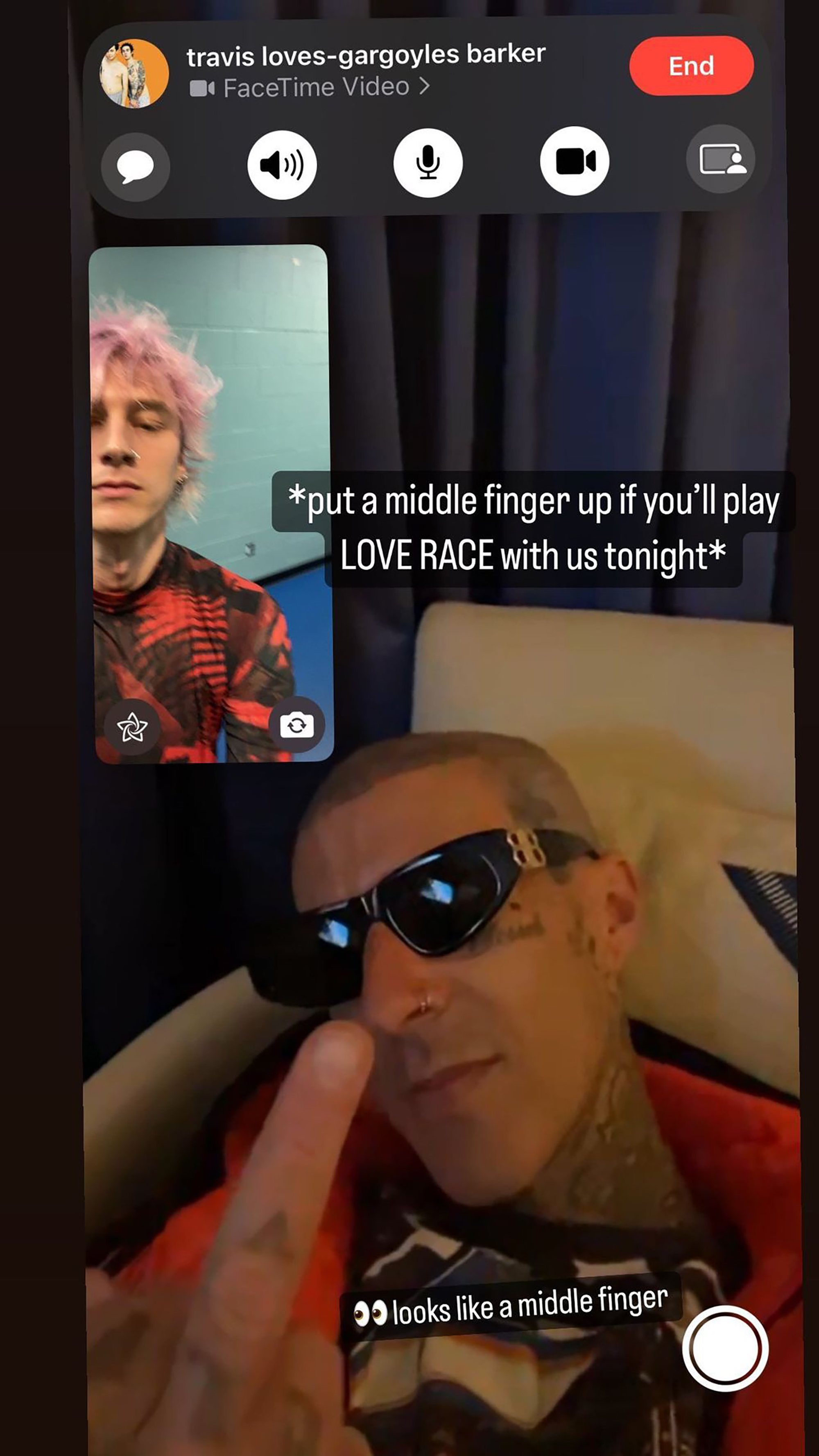 “Trav, I know we agreed to one song but I would be remised if I did not ask you to play ‘one more song.’” 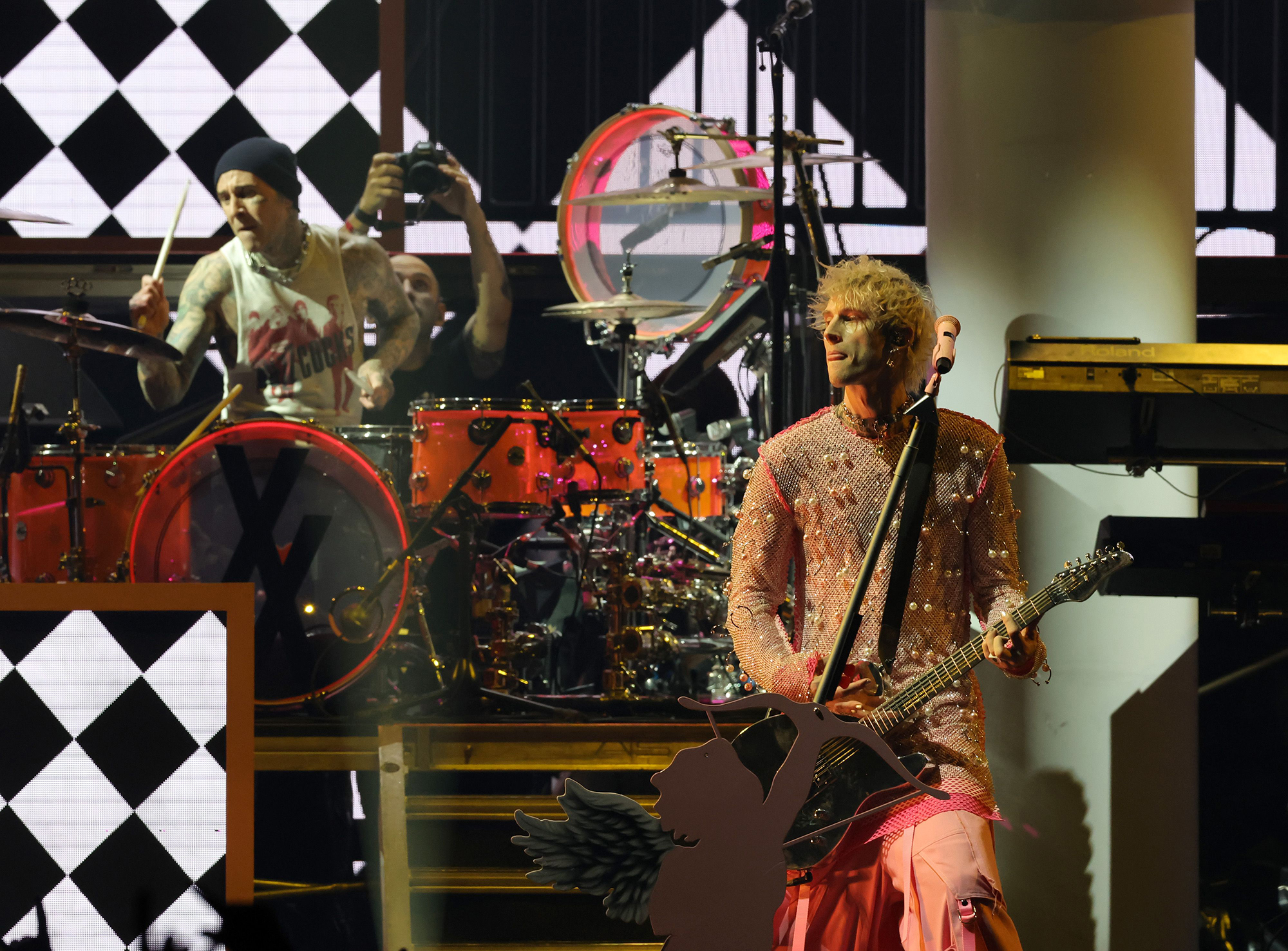 Page Six was in the crowd and spotted Barker and his wife, Kourtney Kardashian, cheering on headliners Willow and Avril Lavigne.

MGK’s fiancée, Megan Fox, was also at the show, which included surprise appearances by Lil Wayne, Halsey, Blackbear and more.