Turbo relationships are about to seriously change this weekend. From going on actual dates to recognising your partner might be preoccupied with socialising with others, here’s what to remember as your relationship takes a turning point.

Lockdown has been a funny ol’ time for relationships, hasn’t it? We’ve seen the dating trends come in thick and fast from love bombing to video dating, and actually, research shows that the dating scene has thrived through the pandemic.

Happn has reported that 73% of its users think that the isolation period has helped them make a stronger connection online, while 45% have said that their conversations are more detailed and emotional. Similarly, Badoo has seen an increase in length of conversations which suggests people are taking the time to get to know each other while stuck at home.

So, what happens then, if you’ve met someone during lockdown, and spoken avidly through texts, phone calls and video chats potentially for months? You might feel like you’re in a relationship with this person, without ever having held hands – let’s remember, even socially distanced walks should keep you a minimum of a metre apart.

Amy Collins is in this position. She met someone on a dating app just before lockdown and squeezed in one real-life date with them before the announcement. Since then, the pair have mostly spoken on the phone and yet, she would now consider him her boyfriend.

Speaking to stylist.co.uk, she explains: “I think my relationship would be considered ‘turbo’ because it blossomed over lockdown. Even though it’s been a few months of talking/getting to know each other it feels like the relationship has developed really quickly into something official and, dare I say it, serious?

“Which is strange because all we’ve really had to go on is nightly, hours-long phone calls, a couple of very cute video dates and socially distanced walks in the park to confirm that we feel something for each other.” 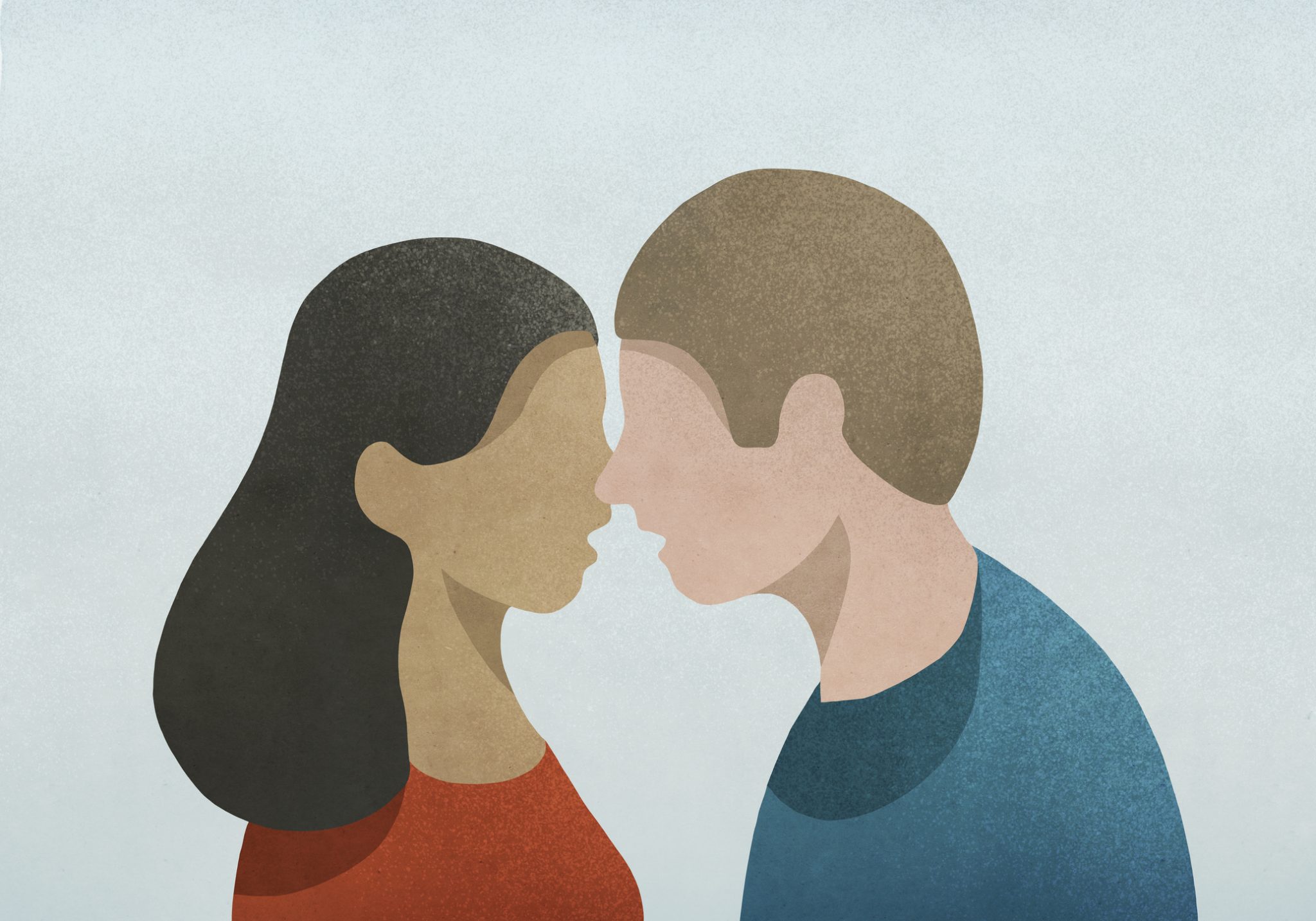 But this weekend that’s all set to change. A big moment for those who have been socially distancing in their new relationships, they will now be able to go out on proper dates at bars, pubs and restaurants, all of which open on 4 July.

“I’m actually quite nervous for how the dynamic will change between us,” says Collins.

“The last three months we’ve existed in our own little bubble without too many external interferences. So we know we like each other as our individual entities, but in the ‘real world’ so much of ourselves is connected to the people we spend our time with, the way we respond to certain situations, how we interact with new dynamics and so on. So, I know there’s definitely going to be a shift, and I don’t know what we’re going to look like as a public couple instead of a private one.”

She continues: “I’m excited because I want it to feel a bit more real now but I’m nervous that things will move a bit too quickly, because our pace has been set by us rather than having to meet friends and family – also having to say out loud that I have a boyfriend doesn’t feel normal yet, so that’s TERRIFYING!”

So, what does the future hold for turbo relationships as circumstances change? Nia Williams, founder of Miss Date Doctor counselling service, says they can work – but that transparency from both sides is crucial.

“Turbo relationships can actually work out and my advice is that if it feels right,go with it.It’s always important to exercise caution of course, but if you’ve been living together lockdown will have at least helped you learn each other’s positive and negative habits more quickly,” she says, speaking to stylist.co.uk.

Williams says it’s important to remember that as normal life takes over again, you might need to be patient with occupying a smaller part of your partner’s routine whether you’ve been texting non-stop or living together.

“Always remember the importance of personal space and give your partner space to embark on their hobbies and visit family and friends.Understand thatspace is healthy and no matter how much you and your partner are into each other, there will be a shift in your both your needs and requirements once everything is fully accessible again,” she continues.

05/07/2020 Lifestyle Comments Off on Turbo relationships: why this weekend will mean a dynamic change for couples in lockdown
Lifestyle