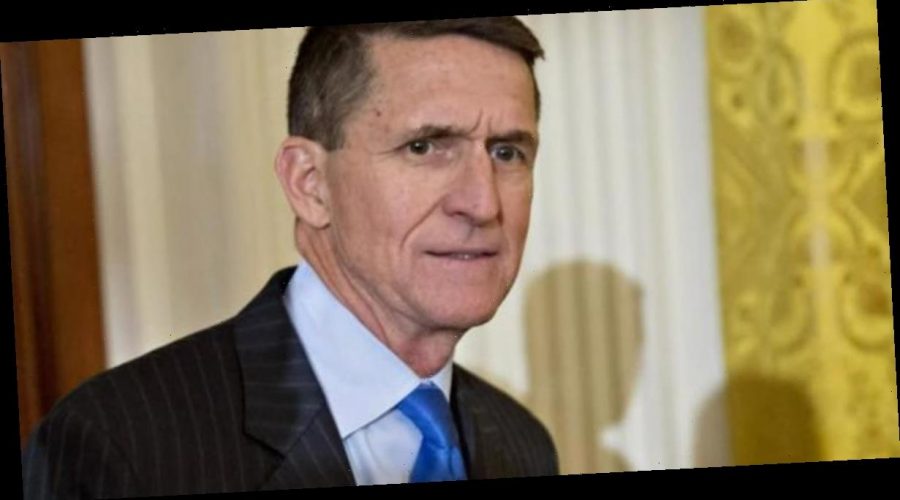 “We’ve been clear that we will take strong enforcement action on behavior that has the potential to lead to offline harm, and given the renewed potential for violence surrounding this type of behavior in the coming days, we will permanently suspend accounts that are solely dedicated to sharing QAnon content,” Twitter said in a statement to CBS News.

A short time later, Twitter permanently suspended President Trump‘s own account “due to the risk of further incitement of violence.” That followed a 12-hours freeze earlier in the week after he posted a video where he appeared to sympathize with protesters who rampaged through the Capitol and repeated false claims about the election.

QAnon followers believe a nefarious group of global elites, including Hollywood celebrities and Democratic politicians, are engaged in a satanic child trafficking operation, and that only President Trump can defeat them. Critics have likened QAnon to an apocalyptic religious cult, and the FBI has warned of the growing threat of violence from “conspiracy theory-driven domestic extremists” including QAnon.

Many Trump supporters at his rally Wednesday were seen wearing or waving the Q symbol, as were members of the mob that attacked the Capitol that afternoon. 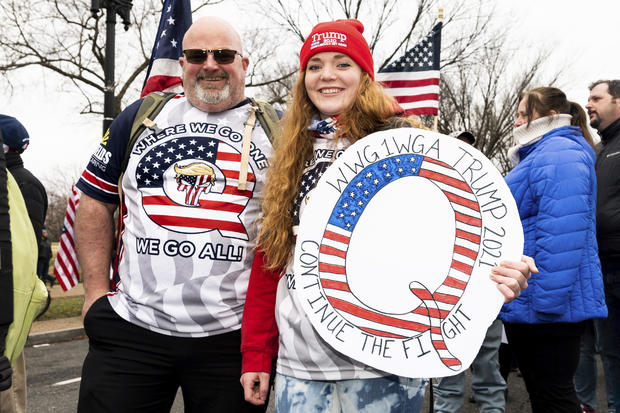 Flynn and Powell’s accounts were suspended in line with Twitter’s policy on Coordinated Harmful Activity, which states that “when we determine that a group, movement, or campaign meets the criteria for designation as engaged in Coordinated Harmful Activity, we may suspend accounts whose primary use is to propagate and/or encourage engagement in the identified coordinated harmful activity.”

President Trump pardoned Flynn in November, days after his campaign said it had broken off its association with Powell — who was also Flynn’s attorney.

Flynn served in the Trump administration for less than a month before he was fired in February 2017 for lying to Vice President Mike Pence about contacts with the Russian ambassador. Flynn twice pleaded guilty to lying to the FBI, before retracting his plea.

The Trump campaign distanced itself from Powell after she absurdly claimed during a Trump campaign press conference that the deceased Venezuelan leader Hugo Chávez, among others, participated in rigging the election. The campaign put out a statement saying she “is not a member of the Trump legal team,” even though the president and Trump attorney Rudy Giuliani had previously identified her as being on the team.

Mr. Trump continued talking with Powell and even floated the idea of appointing her as a special counsel after a White House meeting in December.

On Friday, Dominion Voting Systems filed a defamation lawsuit against Powell for spreading conspiracy theories that Dominion was part of a scheme to rig the presidential election. The company is seeking more than $1.3 billion in damages, saying Powell caused it “unprecedented harm” through repeated baseless accusations that Dominion colluded against the president and fixed elections, claims also spread by President Trump. Election officials in more than two dozen states that use Dominion voting machines have said there is no evidence of any irregularities.