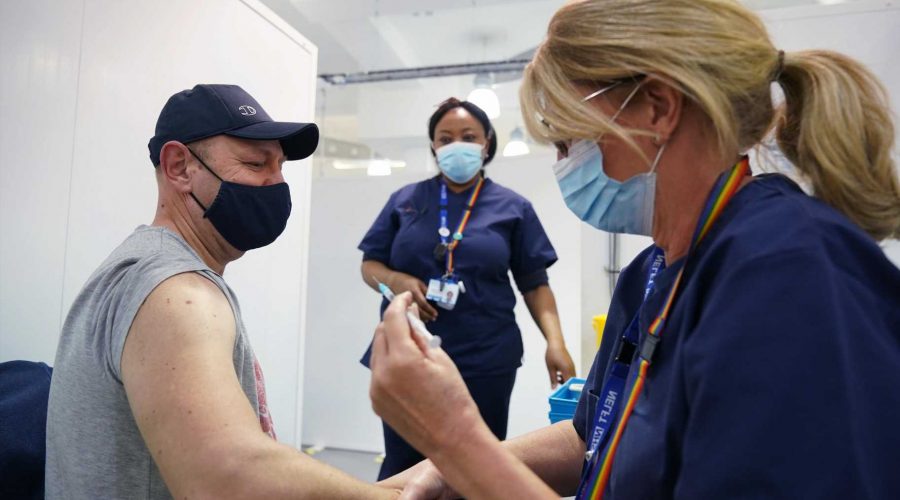 OMICRON cases have more than trebled overnight with 92 new infections detected in the last 24-hours.

The spike takes the national total to 134 – up from 42 reported on Thursday.

It includes the first case of the super-mutated Covid variant reported in Wales, as well as 104 in England and 29 in Scotland.

Experts say the majority are linked to international travel, alongside some community transmission.

Despite rising Omicron infections, the new variant still only makes up a tiny fraction of overall cases.

There were another 50,584 confirmed yesterday, up by just one per cent compared to the same day last week.

Figures from the Office for National Statistics suggested around 900,000 people across England had the bug last week, an increase from the week before.

Cases remain highest in children – at a rate of 4.2 per cent in primary school children – and lowest in over-70s at 0.5 per cent.

In a bid to counter the Omicron threat, ministers have put the Covid booster rollout “on steroids” in a race to supercharge the nation’s immunity.

🔵 Read our Omicron variant live blog for the latest news

Since Monday, more than a million appointments for thirds shots have been snapped up.

And NHS bosses said the booking service will open up to more adults by no later than December 13.

Currently only those over 40 who had their second dose five months ago are being given slots.

Health chiefs said the vaccine drive is a "new national mission" and have written to GPs saying they will be allowed to defer health checks for over-75s to free up time for jabs.

It comes as the UK Covid modelling squad SPI-M said it could be another five years before the virus stops being a danger to the NHS – suggesting annual boosters are here to stay.

They said in a meeting last week: “How much vaccination and boosters and other interventions will be required over the next five to ten years is unknown.”

Sage scientists do not believe Omicron is spreading much in the UK, but warned it could soon trigger a “very significant wave of infection”.

And members of virus expert group Nervtag said the next wave could be the biggest so far and cripple the NHS – but insisted nothing is for certain yet.

Scientists still don’t know how badly the variant will affect the UK and think we might have different immunity to South Africa allowing us to keep cases under control.

An Imperial College London study found protection against a new strain depends on which variants people have caught before or what they were vaccinated with.

In the UK, millions may be in good stead because they have had the Alpha or Delta variant and at least two AstraZeneca or Pfizer jabs.

In contrast, South Africa had different variants and only one in four people are vaccinated.

Prof Danny Altmann said: “What it means for this country is, I think, we’ve calmed down.

“The jury is out – we’ve got a high level of vaccination and a backdrop of Delta.

“We’re hoping it will play out differently.”