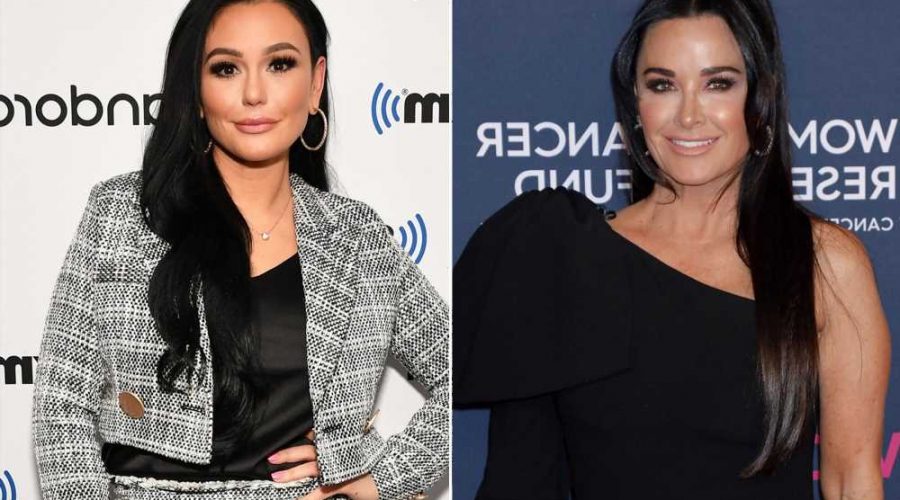 Talk about an unexpected crossover.

“Real Housewives of Beverly Hills” star Kyle Richards and “Jersey Shore” personality Jenni “JWoww” Farley were recently spotted chit-chatting and have even made plans to hang out, Page Six is told.

“[They] bumped into each other and exchanged numbers and made plans to meet up for drinks,” a spy said, astutely calling the ladies “unexpected friends.”

Richards’ “RHOBH” pal Erika Jayne also attended the awards show, marking one of her first public appearances since ongoing divorce and legal drama with her husband, Tom Girardi — which she’s expected to delve into for the first time on the upcoming season of the Bravo series.

“I did not see it ending this way,” the newly single Jayne tells her castmates in one scene of the Season 11 trailer. “I was gonna hold that man’s hand until he died.”

We’re told Jayne, 49, was “living it up” at the MTV show, which is a celebration all things reality TV, and that she presented the award for Breakthrough Social Star alongside Gottmik and Symone from “RuPaul’s Drag Race.”