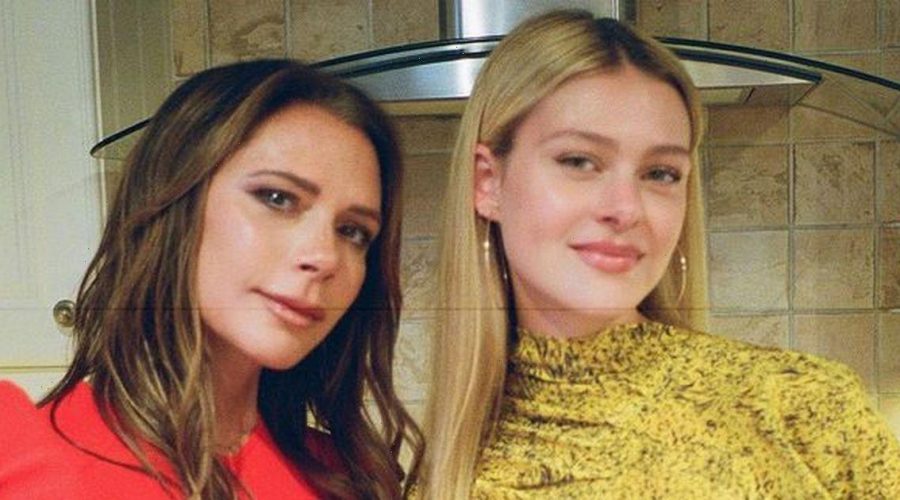 Nicola Peltz may be married toBrooklyn Beckham, but it’s her relationship with mother-in-lawVictoria Beckham that has come under the spotlight in recent months.

After tying the knot to 23 year old Brooklyn back in April in a lavish £3million wedding at her parents’ sprawling Florida home, the Transformers actress’ relationship with Victoria has made headlinesamid ongoing rumours of an alleged rift.

Reports of a rumoured rift between the pair first began circulating following reports which suggested that 48 year old Victoria wasn’t happy that Nicola, 27, didn’t wear a dress from her label.

However, Nicola has claimed thatshe was simply unable to wear a dress designed by the Spice Girls star despite being excited at the prospect of doing so due to logistic reasons.

In a cover interview withGrazia USA, in which the actress and model said the Beckhams are "great in-laws", the actress said that issues arose in the designing process.

“I was planning on wearing Victoria's wedding dress,” she said. “I was truly excited to be able to wear a design that my future mother-in-law created. I thought that was so beautiful and such a beautiful story.

“I thought, 'Oh, this is going to be so fun. One of my best friends and my mom.' We connected to start designing the dress, and then a few days went by and I didn't hear anything.

“Victoria called my mom and said her atelier couldn't make it. So, I spoke to my mom and Leslie, and I was like, 'Well, unfortunately, this can't happen, so what's the next step?'”

Since rumours first emerged five months ago,Nicola and Victoria seem to no longer interact with each other as much on social media and Brooklyn appears to have skipped his family’s lavish summer superyacht holiday.

While Victoria and husband David holidayed in Croatia and Italy alongside their three youngest children, Brooklyn was absent from the occasion andinstead stayed with Nicola to celebrate her grandmother’s birthday.

Amid the speculation, in AugustNicola and Brooklyn broke their silence on the alleged feud during an interview forVariety magazine, with Brooklyn insisting that “everyone gets along, which is good.”

However, despite their positive words,the interview reportedly left Victoria and David “open-mouthed”.

Speaking toHeat, a source said: “In Brand Beckham, the philosophy is that you stay silent rather than acknowledge, then the story disappears.”

But with the rumours continuing to circulate, a source told OK! earlier this month thatthe speculation is “affecting” chef Brooklyn, though he is “standing by” his wife.

“The rumours of a feud won’t be going away any time soon. You can’t get along with everyone, and they’re just different people,” the source said.

“Brooklyn is standing by Nicola. He doesn’t want her to be unhappy and he’s so in love with her. It’s affecting Brooklyn – and it’s had a knock-on effect on the family.”

The source added that doting dad David is playing the “peacekeeper” between his family members.

“David feels like he’s in the middle of it. He’s playing the peacekeeper. He can see Victoria’s side, but he also can see that Brooklyn and Nicola just want to get on with their lives and not be interfered with,” they said.