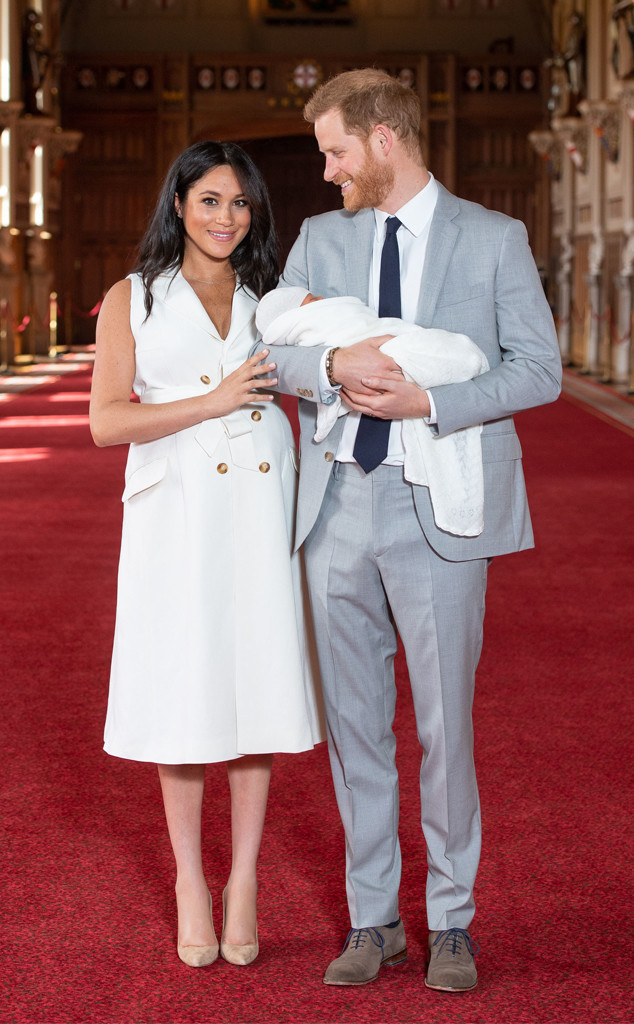 The royal couple welcomed their son on Monday and on Wednesday, they debuted him at a photo call and then revealed his name, seen as an unusual choice as it has never been used by the royal family before. They offered no further details about it. In an interview with New Zealand news service Newshub, also released by the U.K.’s Channel 5 on Saturday, a boy named Archie Somerville-Ryan recalled meeting Meghan and Harry while they were touring his native New Zealand in October.

“Harry asked all of me and my sisters, ‘What’s your name?’ and then we answered back,” he said. “And then he said, ‘Archie, I like that name’…He said, ‘Come on Meghan, look at these guys, these guys want to give you some roses,’ because we had roses from our garden. And then he introduced our names and things to Meghan. And then kind of like nodded, sort of, when they said our names.”

“My friend Bridget said, ‘Oh my goodness he was so into Archie—he’s definitely going to call the baby Archie,’ and I thought ‘What?’ the boy’s mother, Emily Somerville-Ryan, told Newshub.

“I told mum about them saying that and Mum was like, ‘Imagine if they call the baby Archie,'” the boy said. “And my friend Gus who was there with his family, I told Gus that and I said, ‘So you really think it’s going to be that, because I’m not sure.’ And he said, ‘Nah, it’s probably not, no offense.”

The boy said after the name of the royal baby was revealed, his mother told him, “Guess what, Arch? Meghan and Harry’s son is called Archie!”

The Sun recently quoted what it called a former friend of Meghan as saying that the Duchess of Sussex used to have a cat named Archie.

In addition, curiously, Harry’s nephew and Prince William and Kate Middleton‘s eldest son Prince George, 5, had in January told a dog walker he met that his name is Archie.

The middle name of Meghan and Harry’s son is thought to be an homage to the baby’s dad, as it literally means “son of Harry.” The child’s last name is a hyphenated surname often used by Queen Elizabeth II‘s male-line descendants who do not have royal styles and titles, and is a combination of her surname Windsor and husband Prince Philip‘s adopted surname Mountbatten.

11/05/2019 Lifestyle Comments Off on Was Meghan and Harry's Son Archie's Name Inspired by This Boy?
Lifestyle