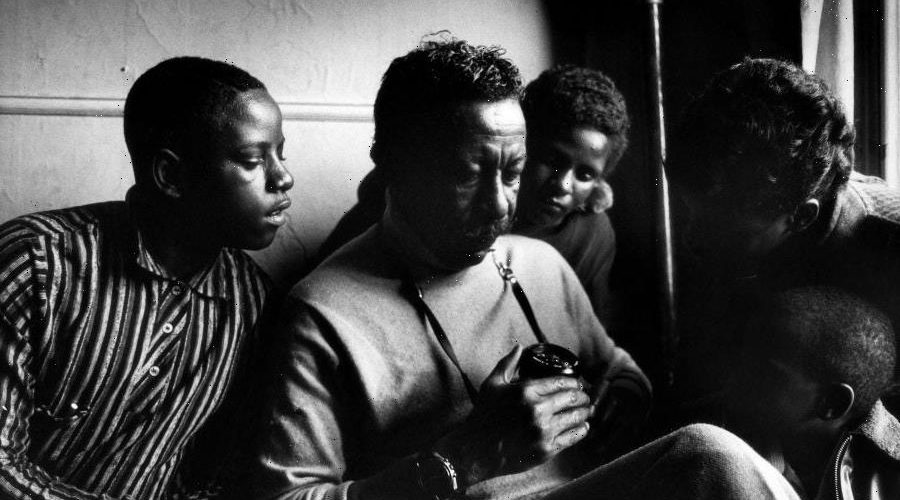 Gordon Parks was a photographer, musician, writer, and director who explored issues of civil rights and poverty in America in order to give a voice to millions of disenfranchised minorities across the country. Today (Nov. 3), HBO reveals the trailer for the documentary that will assist in increasing the legacy of the acclaimed visionary.

Directed by Emmy-award nominated John Maggio, and executive produced by Alicia Keys, Kasseem “Swizz Beatz” Dean, Jelani Cobb, Jacqueline Glover, Peter Kunhardt, and Peter W. Kunhardt, Jr., A Choice of Weapons: Inspired by Gordon Parks is a documentary that highlights Parks’ influence on a new generation of creatives and examines the impact of his artistic contributions in advancing economic, social, and racial equality.

“Photography was a way in which I could express my own feelings,” Parks said in the trailer. “I might have turned to the gun or the knife, but by then I had chosen the camera.”

Parks used his camera as a weapon for social justice, and also to tell stories of the struggle that African Americans faced on a daily basis through his photography. In overseeing the film adaptation of his semi-autobiographical novel, The Learning Tree, Parks became Hollywood’s first major black director. His photographs of Muhammad Ali, Dr. Martin Luther King, Jr., and Malcolm X have become iconic over the years, and his unique perspective laid the groundwork for a new generation of artists and activists.

The documentary focuses on Devin Allen, LaToya Ruby Frazier and Jamel Shabazz, as they speak on Parks’ influence on their artistic pursuits, as well as the importance of creating a visual narrative of institutional racism for the world to see. Advocates of Parks’ work, such as Ava Duvernay, Kareem Abdul-Jabbar, Spike Lee, Anderson Cooper, and Nelson George, all discuss what the famed photographer meant to their careers and the world around them.

Below, is the trailer for A Choice of Weapons: Inspired by Gordon Parks.

03/11/2021 Lifestyle Comments Off on Watch: The Official Trailer for HBO's 'A Choice of Weapons: Inspired by Gordon Parks'
Lifestyle