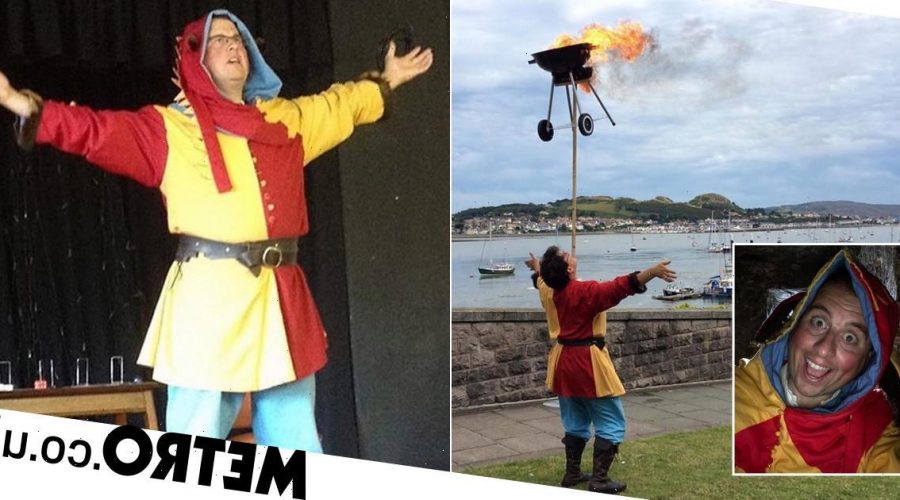 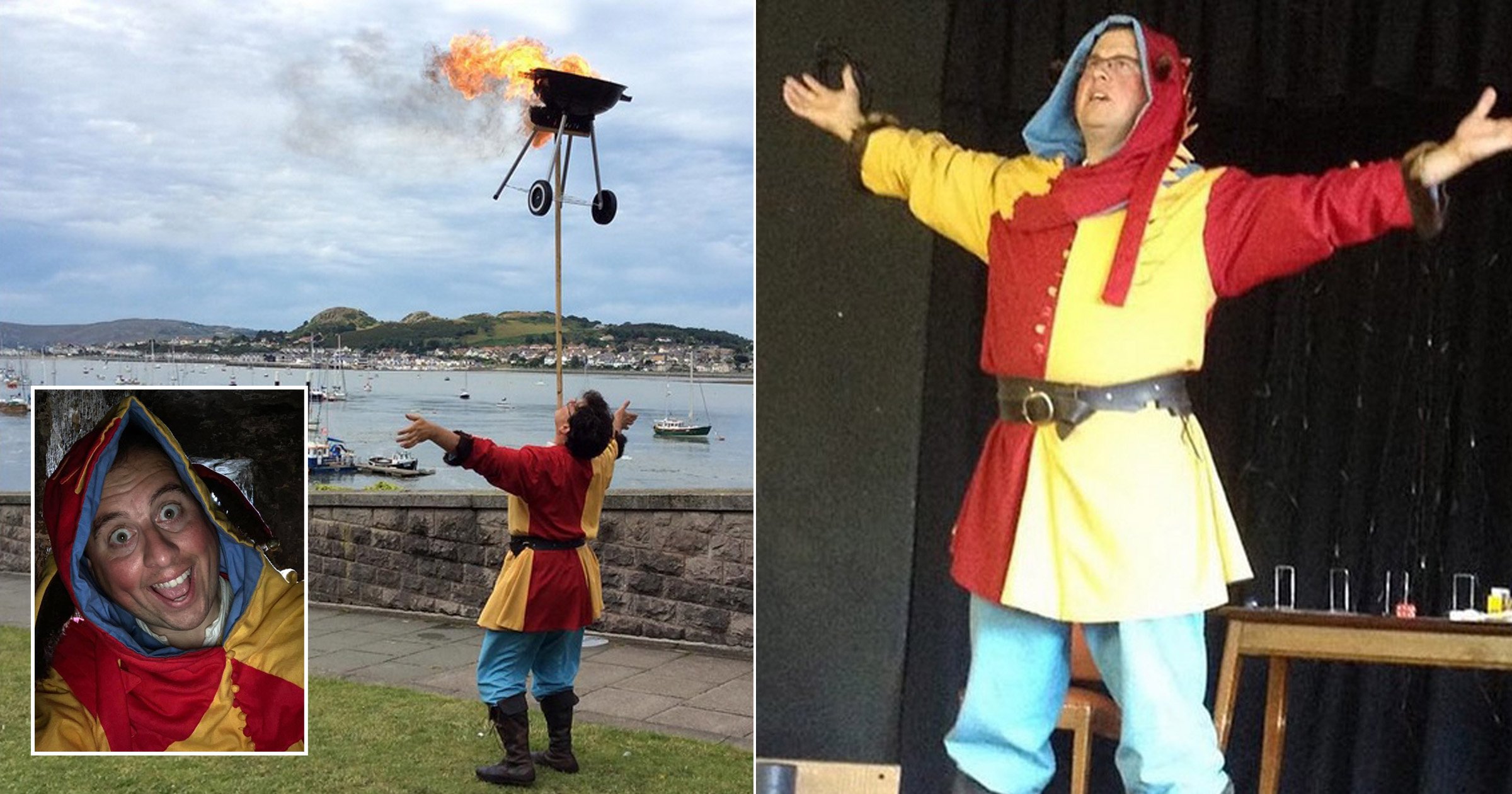 Meet Russell Erwood, 40, who’s a medieval town’s official jester – the first a town’s had for 700 years.

His job is to wear a jester’s, well, uniform, and cheer up the town, in a role paid for by the chamber of trade of Conwy, North Wales.

Now, he’s taken over a tower in the town to open up his own café.

Russell said: ‘It’s amazing. It’s phenomenal to be the first jester of a town in 700 years.

‘One of my duties as town jester is to come up with new and exciting tricks and stunts to entertain visitors and locals.’

It’s described as a ‘unique and quirky space’ set over two floors in one of the original medieval towers of Conwy town walls, and was originally used as a lookout tower.

A chamber of trade spokesman said: ‘Jesters were always more than just entertainers, they were a recognised figure within the community and as such the appointment of a town jester was never taken lightly.

‘Erwyd has been a regular performer at events in Conwy for the past five years, he embraces the town’s past, is extremely passionate about its future and wants to help grow Conwy’s reputation both locally and globally.

‘He’s everything a town jester should be.’

The town walls and Conwy Castle and were built on the orders Edward I of England between 1283 and 1289, as part of his conquest of Wales.

In the winter of 1294-95, Edward I was forced to stay within the walls when he was besieged by the Welsh at Conwy Castle during the uprising of Madog ap Llewelyn.

Edward’s personal jester Tom le Fol stayed with him during the whole three-month-long siege, and entertained the people who lived there too.

Kimberly said: ‘We have always wanted this particular venue as it is ideal for the jester to have his own tower.

‘Set in the medieval quarter of Conwy right next to the knight shop, it is the perfect place for us to settle and open our doors to locals and visitors from further afield.

‘He has loved every minute of it and is excited about the future.

‘He loves being the jester and is honoured to be able to continue in the role, expanding it by now having his own tower.’