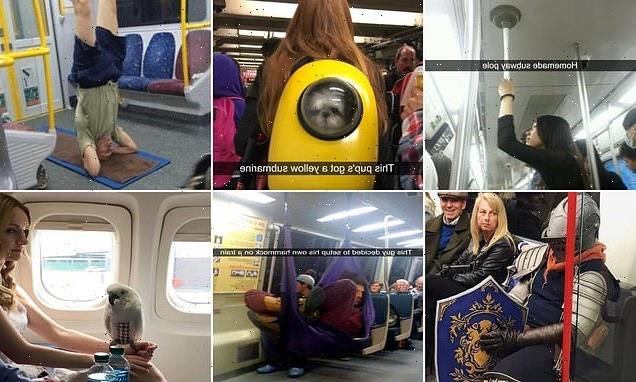 First class strangeness! Social media users reveal the VERY bizarre things they’ve spotted on their travels – from yoga on the Tube to a parrot on a plane

We expect to see amazing things when we go travelling, but these very bizarre snaps prove that some sights are just more weird than wonderful.

Holiday-goers and commuters from around the globe have been caught on camera doing the strangest things – from pitching a tent in the airport to using a plunger as a DIY subway pole.

Among the other amusing images, collated in an online gallery by Constative, is a medieval knight riding the Tube and plane passenger accompanied by their pet parrot. 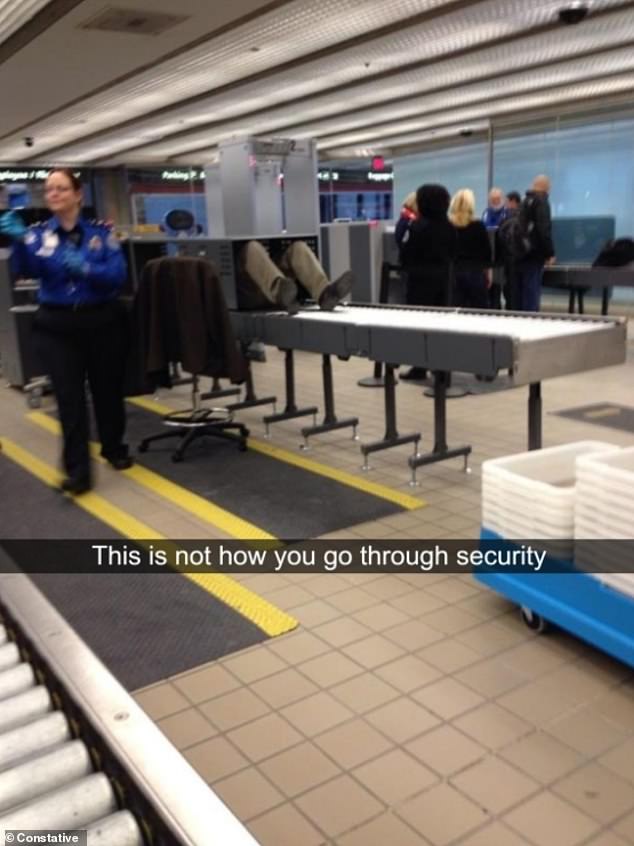 Constative has collated a selection of bizarre things spotted by holiday-goers including one man, from an unknown location, who put himself, rather than his bag, on the security belt at the airport 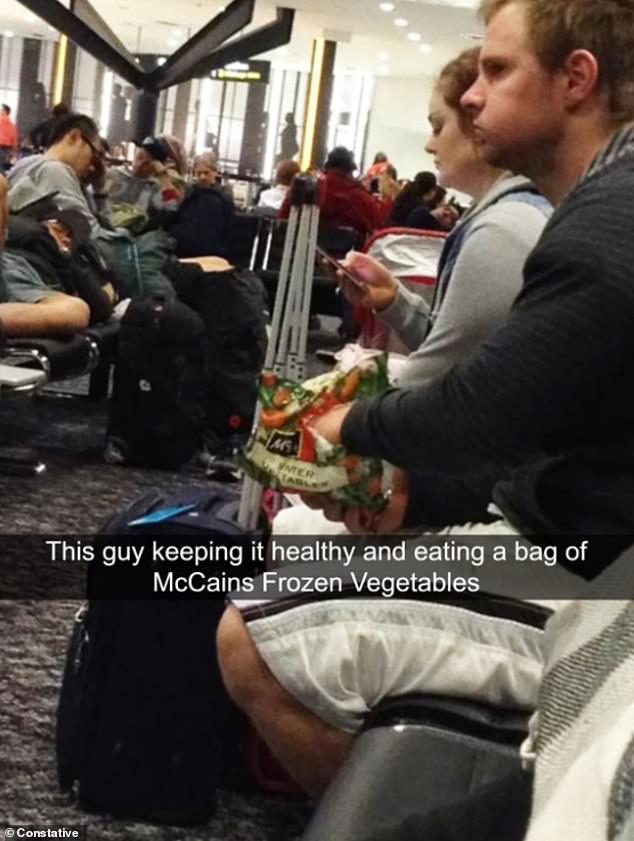 Another man, believed to be from the US, decided to tuck into a bag of frozen vegetables before his flight 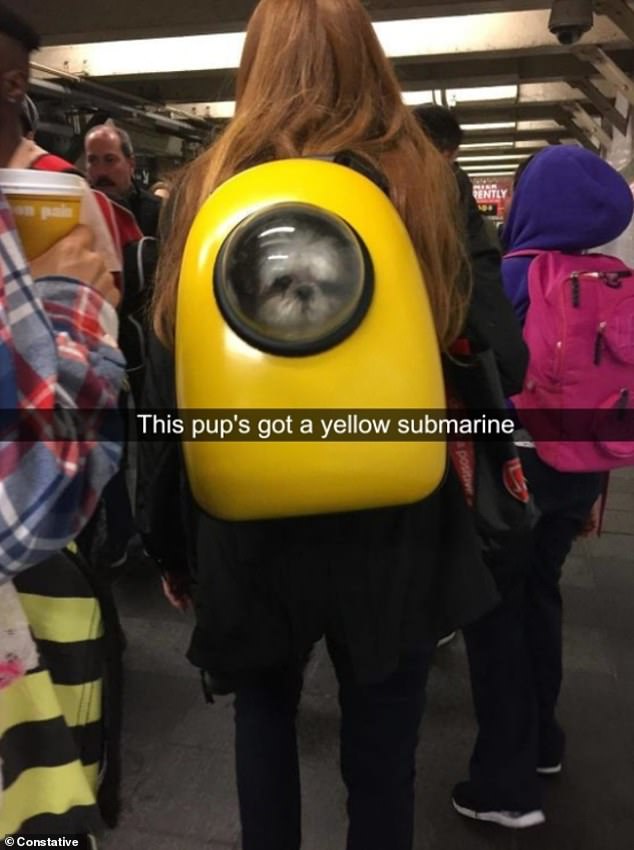 This cute little dog, from the US, was spotted peeping out of his owner’s specially-made travel rucksack which saw him stowed away on her back for the journey 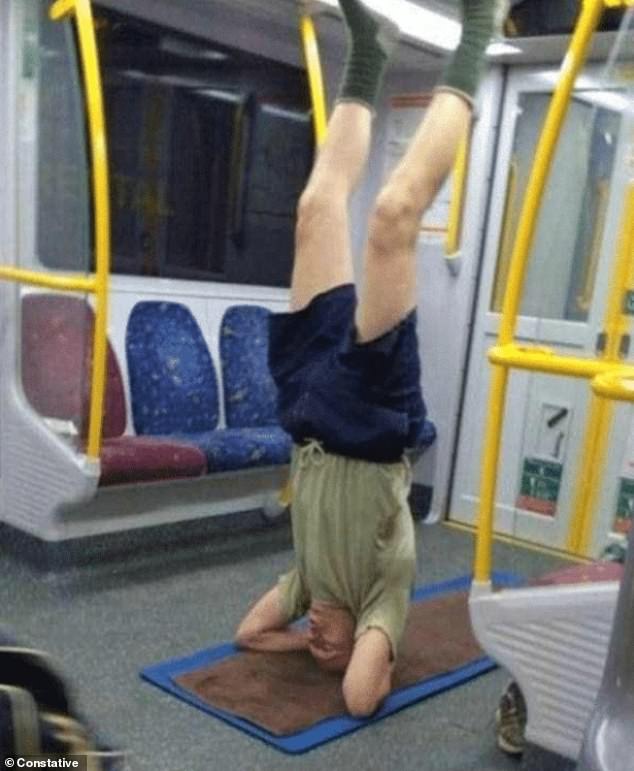 This train ride was turned topsy turvy when this man, from an unknown location, rolled out a mat, took off his shoes and started practicing headstands 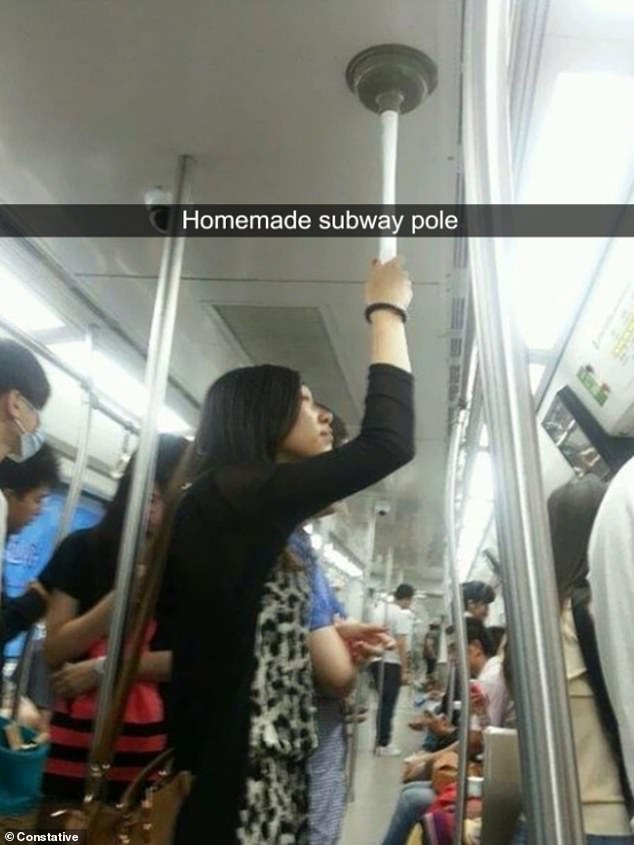 A woman, believed to be from the US, was seen applying a toilet plunger to the ceiling of the subway, which acts as her own pole to balance on 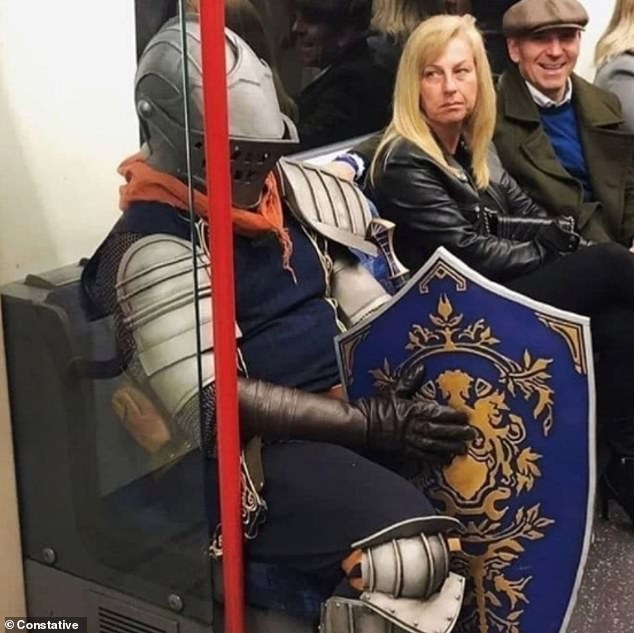 Medieval knights were known for riding on their handsome steeds – not on the subway! This one, from the UK, comes with a full suit of armor and shield with his crest on it 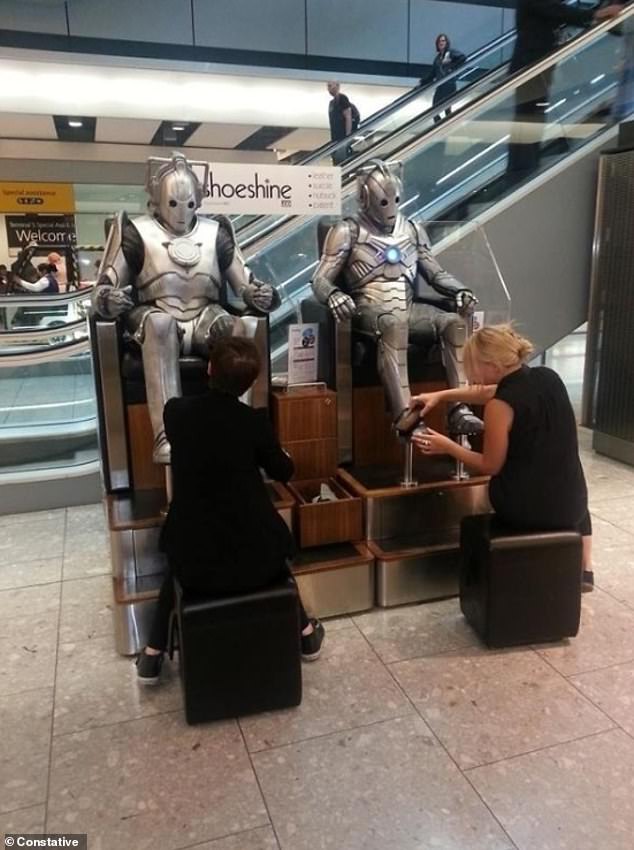 A sight from the future? Two people, from an unknown location, in Cybermen costumes from Doctor Who stop to get their metallic boots shined 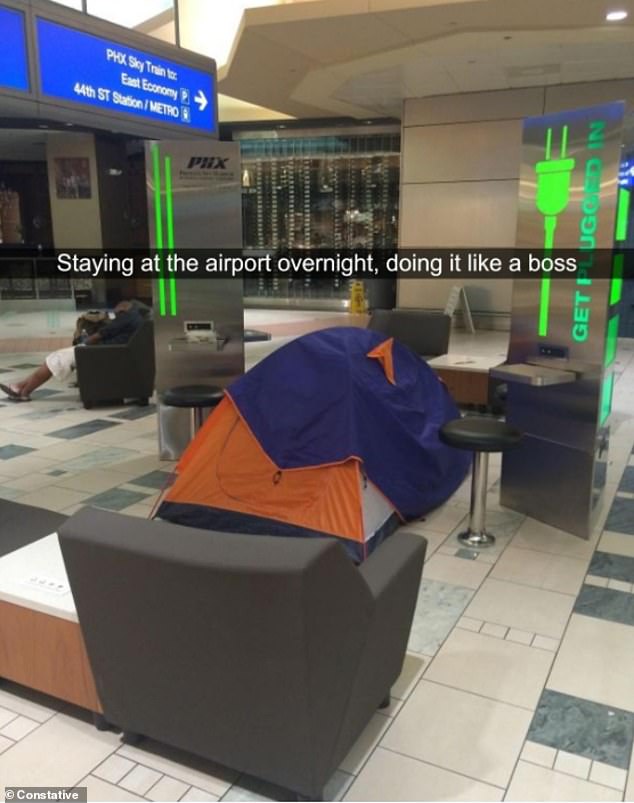 One man, from the USm who had an overnight layover in an airport proudly pitched a tent to sleep in, rather than opting for the hard airport benches 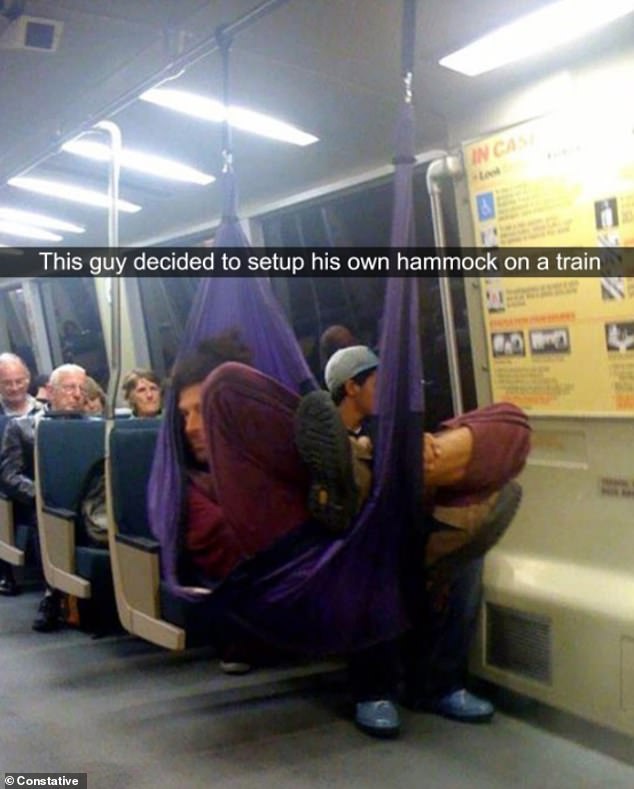 Another man, from the US, who was determined to take a nap on his commute, hung a hammock on the subway and peacefully drifted off 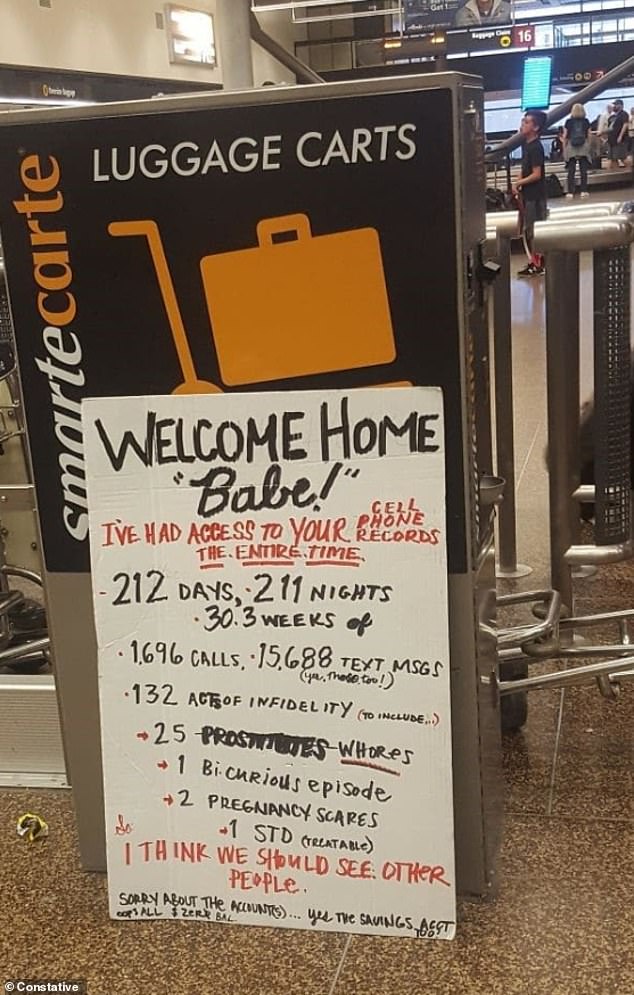 One person received a very unwelcome welcome home sign, revealing that their partner had access to their phone the whole time and discovered they were cheating on them! 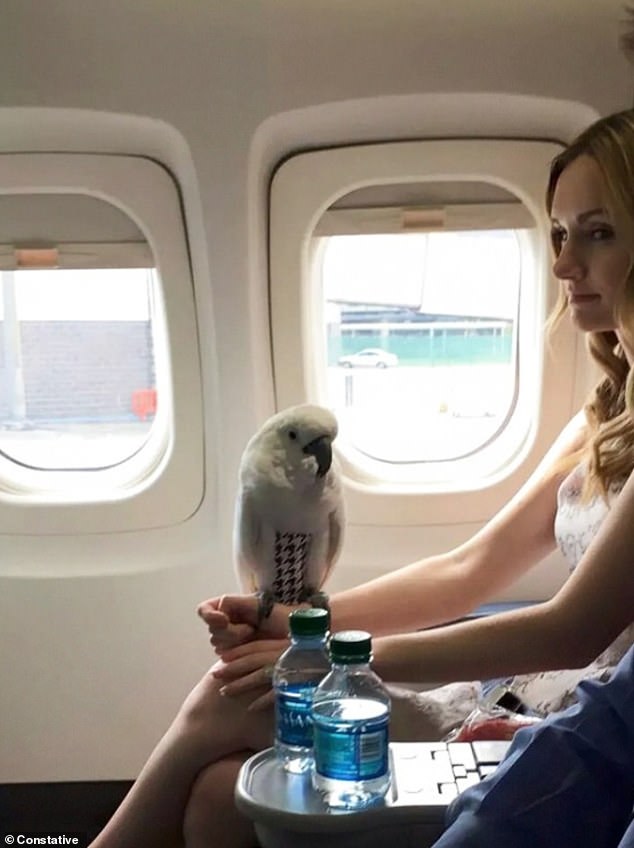 This woman, from the US, took her white parrot along for the trip, as it was spotted perching peacefully on her hand waiting for take-off 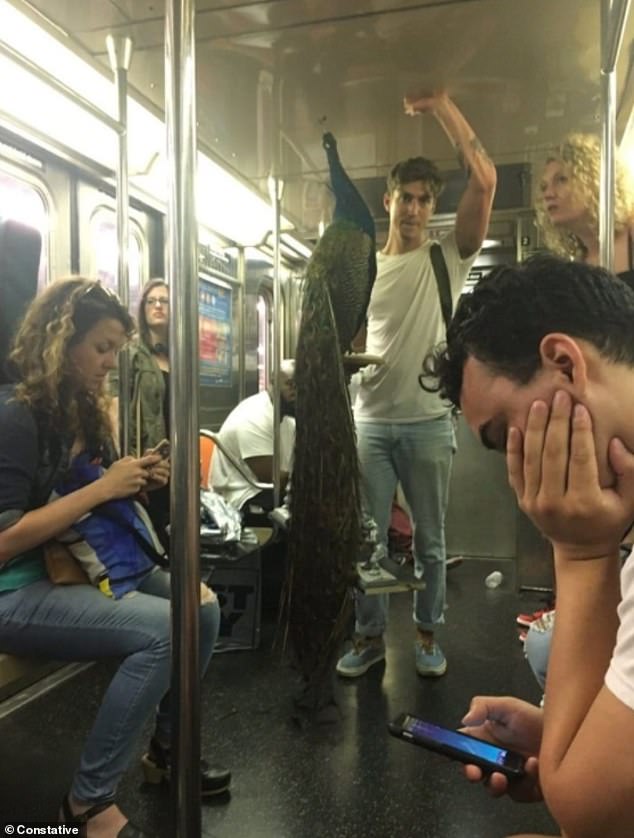 Talk about peacocking! This man, from an unknown location has a very unusual travel companion for the ride – a peacock! 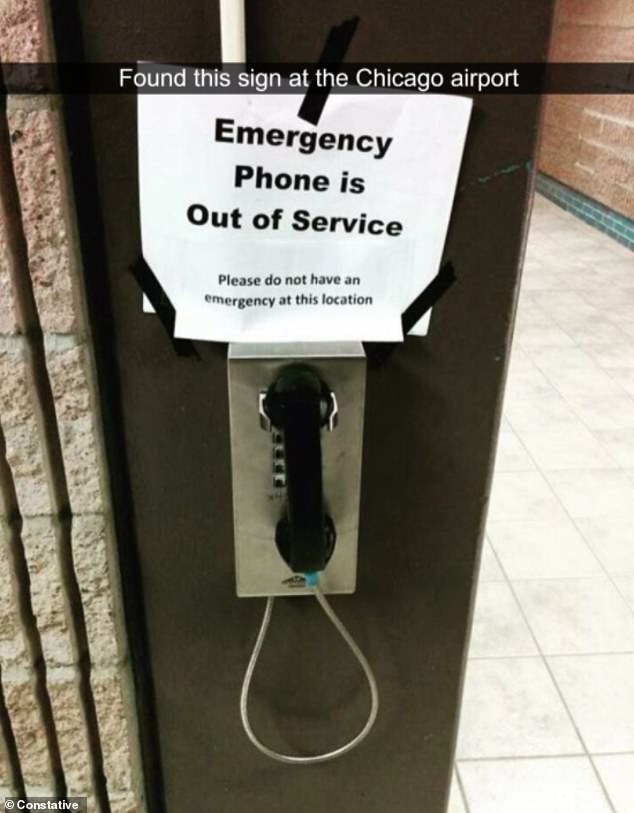 This unfortunate sign at Chicago airport reads: ‘Emergency phone is out of service, please do not have an emergency at this location’

04/06/2021 Lifestyle Comments Off on What a wonderful (and weird) world! Bizarre things spotted travelling
Lifestyle