In a pandemic-ravaged year of industrial shutdown, enforced lockdowns and social distancing, it's comforting to know we had time to ponder other pressing concerns like "Am I too old to date Timothee Chalamet?"

According to Google, these were the top-trending entertainment-related searches for 2020, a year where we fretted over both our fragile mortality and whether our next gaming console purchase would be backwards compatible with NBA 2K16. 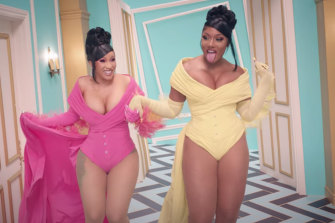 Cardi B and Megan Thee Stallion's infectious sex-positive anthem made ARIA history this year, its six weeks at the #1 spot a new record for a female-led rap song. But, despite the pair spelling out its central premise in countless provocative ways, many of us remained confused by its intent (that radio-friendly "wet and gushy" rewrite didn't help). Still wondering? Maybe ask a gynaecologist.

2: "Where is SAS Australia filmed?"

Judging by the Honey Badger's endlessly chattering teeth, you might've thought the hit Seven series was shot in deepest Antarctica. In fact it was filmed near Berridale in NSW's Snowy Mountains, just 20 minutes outside Jindabyne, in August with an average daily low of -2 degrees. Pfft, tough guy can't handle some subzero chill.

"Yes, I know there's a deadly virus claiming around two million lives worldwide, but will my old copy of FIFA16 work on the new Playstation? Help plz!" was a question anxious gamers asked this year. And really, considering the Playstation 5's $749 retail price, it's fair enough. The answer is, of course, duh.

Sam Mendes' Oscar-winning war epic was marketed as a "one-shot film", but film buffs were sceptical. Google's own search results point to a Screenrant article listing 34 supposed hidden cuts, but the film's Aussie editor Lee Smith said the real number will remain a mystery: "No one has come even remotely close. Not within a mile," he told the Herald. 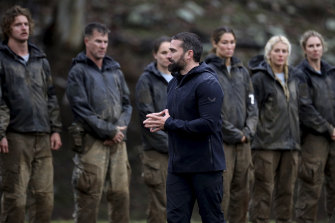 5: "When is Minecraft shutting down?"

Reports circulated on social media this year that Mojang, the Swedish developer of the massively popular online game, would be shutting down its servers on December 21, a rumour started not by the Mayans but by the fake news website Channel45News. Like Earth in 2012, Minecraft's demise has yet to come to pass.

6: "What is watermelon sugar?"

This is the elderly equivalent of teenagers asking "What is newspaper?". 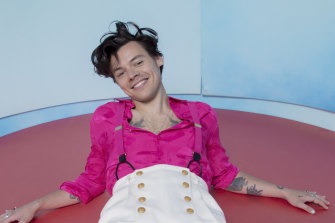 Harry Styles’ Watermelon Sugar is either a sophisticated ’60s literary reference or a nod to oral sex.Credit:Tim Walker

8: "Where is Virgin River filmed?"

9: "How old is Timothee Chalamet?"

A fair question because the acclaimed actor looks perennially 13. He is in fact 25, or as your wacky aunt might call it, "very legal".

The subtext here is "Surely this tedious show isn't still going? Surely!". Well, it is, now in its 17th season, and it's leaned into the moment rather than offered any McDreamy-esque escapism. Not sure who wants to turn on a fictional TV show today and hear nurses saying things like: "We should expect to receive about twice the patients per day, we are activating surge capacity protocol", but here we are. Good one, 2020.