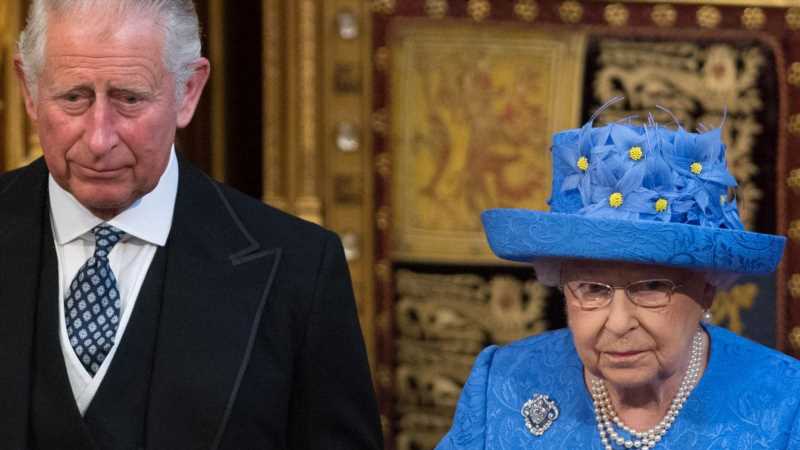 Queen Elizabeth has reigned since 1952 when her father, King George VI, died. The queen’s own ascent to the throne didn’t come about in a traditional way. Her uncle, King Edward VIII, made the decision to depart from royal life in 1936 (via Vogue), and recently, comparisons have been drawn between King Edward and Prince Harry. Per Vogue, the main thing King Edward and Prince Harry have in common is that they both married American women who had previously been divorced (Wallis Simpson and Meghan Markle, respectively). But in the grand scheme of royal life, King Edward’s departure was actually a way bigger deal than Harry’s, prompting massive media attention and even conspiracy theories.

As part of his role as king, Edward was head of The Church of England. Simpson had been divorced twice, and The Archbishop of Canterbury wouldn’t permit a marriage between the two. A compromise was suggested: Simpson wouldn’t hold the title of queen and any children they had wouldn’t be heirs to the throne. However, the idea was rejected, and Edward announced his decision to abdicate in December 1936 so that he could marry Simpson.

Edward’s abdication after just one year as king meant that his younger brother, George, who was next in line for the throne, would become king immediately. Per National Geographic, here’s where Edward and Harry’s paths diverge. Harry hasn’t requested to recuse his title, and he hasn’t lost his place in the line of royal succession.

Edward lived until 1972, but his younger brother (and Queen Elizabeth’s father) King George died in his sleep when he was just 56 years old (via TIME). Because her father had been in poor health for quite some time, Elizabeth had already taken over some of his royal duties. But his death meant that, at age 25, she would officially become queen. If her uncle had remained king, married a British woman, and had children, Elizabeth would likely have never become queen. Edward never had children, so Elizabeth would have still inherited the throne even if Edward hadn’t abdicated — but it would have occurred two decades later since Edward outlived his brother and died in 1972 (via The Daily Mirror).

Queen Elizabeth and her husband, Prince Philip, have four children: Prince Charles, Princess Anne, Prince Andrew, and Prince Edward. Prince Charles is first in line for the throne, and it’s expected that he will become king when his mother dies. Per Distractify, Prince Philip’s recent death didn’t have any impact on the line of succession. If Queen Elizabeth had died before her husband, Prince Charles would still have been first in line because, as Prince consort, Philip was never in the line of succession.

What happens if Prince Charles dies before his mother?

“[D]uring William’s lifetime, he will almost certainly see his father become king,” Robert Hazell, professor of government and the constitution at the University College London, told Insider. “Only if Charles dies before the queen would William become king when the queen dies.”

It's very likely that Prince William will become king

Prince Harry is sixth in line for the throne (followed by his and Meghan’s son, Archie) after his niece and nephews. So even if he had remained fully involved in royal life, it’s highly unlikely he would have ever come close to becoming king.