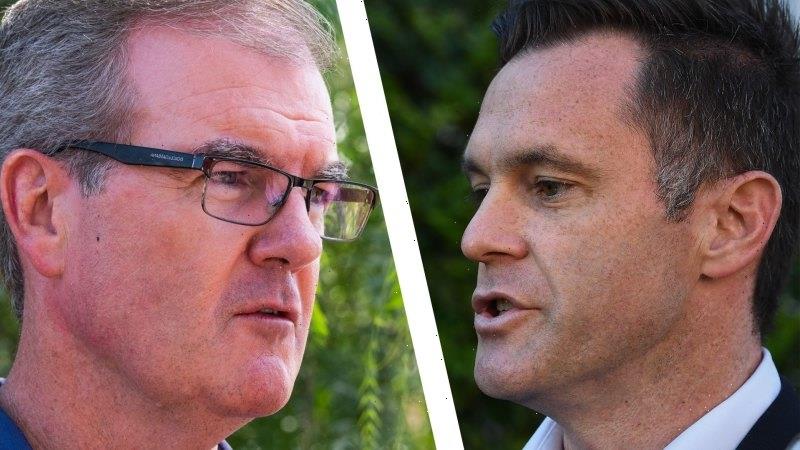 Just days after Christmas 2014, NSW Labor’s then shadow treasurer, Michael Daley, made no secret of his intentions: “I will not be pulling out of this contest under any circumstances.”

Daley was referring to the leadership tussle sparked by the resignation of then leader John Robertson, who fell on his sword after revealing he wrote a reference for Sydney siege gunman Man Haron Monis. It was Daley’s first failed tilt at the top job. 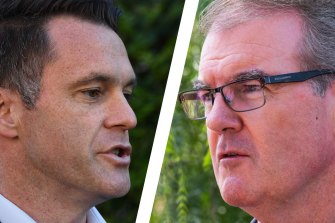 Fast-forward seven years and veteran MP Daley is determined to make a John Howardesque return to opposition leader, a position he held for just four months before the 2019 election. His stance this week has not changed from 2014. “No one from head office has asked me not to run, and even if they did, I would say no.”

NSW Labor is facing a messy showdown between Daley and two-time leadership loser Chris Minns. Both have long believed they could be premier. But the leadership decision will not come without the party tearing itself apart over who can drag it out of the depths of opposition.

State-wide polling gives Labor an election-losing primary vote of just 28 per cent. A toxic leadership battle is the last thing it should be embarking on. But backbencher Daley and low-profile former transport spokesman Minns each insists he is the only one who can save the party.

Party rules, drafted by former prime minister Kevin Rudd, say that if there are two candidates vying for the leadership, a rank-and-file ballot must be held. It is the most democratic process for electing a leader. It is also the best way to create deep divisions that do not heal.

This was clear two years ago in the first NSW Labor leadership ballot between Minns and Jodi McKay. When the winner of that battle, McKay, delivered her emotional resignation speech last week, she bemoaned that some in her party had never accepted her victory. She was right.

Minns and his supporters saw McKay’s win as a setback, but not game over. Minns did not hide this when he confirmed his intention to run again, conceding he had not agreed with the direction of the party under McKay’s reign.

Despite holding one of Labor’s bread-and-butter shadow portfolios, Minns barely made a mark. He was biding his time and waiting for McKay to falter.

Meanwhile, Daley is convinced that he was not given enough momentum to turn the ship around after he replaced fallen leader Luke Foley ahead of the 2019 election. Under Daley, Labor managed to win two more seats and claw back its primary vote to 33 per cent.

However, Daley also provided the Coalition with the perfect election campaign material to use against him. He was exposed telling ALP members that “Asians with PhDs” were pushing “our kids out of Sydney and stealing their jobs”. He will never recover from that gaffe. Failing to know the size of the education budget in a pre-election televised debate leaves him further damaged.

Daley’s determination to contest the leadership is not the first time he has attempted to take on the Sussex Street machine. In 2014, the party’s then general-secretary, Jamie Clements, with the help of his close mate and deputy Minns, convinced Foley (from the Left) that he should be leader, twisting enough arms in the Right faction in caucus to make it happen. Daley reluctantly withdrew from the race to make way for Foley. This time Daley is intent on defying head office.

The once-mighty NSW Labor Right is no longer the force it once was but is still pulling strings. A former Labor minister, who would not go on the record, is adamant that Sussex Street is threatening the preselections of MPs who sign Daley’s nomination form.

The invisible general secretary, Bob Nanva, who was a media adviser to Daley in government, has infuriated some MPs with his unresponsiveness to the feud and for allowing it to get this far. He is backing Minns over Daley for the job.

With an election looming, federal Labor and leader Anthony Albanese are desperate for NSW to get its house in order without sucking up energy and resources with a protracted ballot. So, too, are some state MPs.

The usually restrained upper house MPs Penny Sharpe, Daniel Mookhey and John Graham have tried to end the impasse and publicly backed Minns in the hope Daley will back down. Minns is the frontrunner in caucus, with a clear majority now behind him. Daley believes he would have an advantage in the ballot of rank-and-file party members, but he would start a long way behind because that vote and the caucus ballot each account for 50 per cent of the ultimate vote.

Even if Minns emerges as leader, however, he will have cleared only one hurdle. He will have a mammoth task in healing a deeply wounded party and convincing voters that the faceless Sussex Street men, to whom he once belonged, are not in charge.

And it is not all down to Minns. He would have to kickstart a team that seems to have become accustomed to life in opposition. After the last ballot, the main concern of some Labor MPs was whether they would lose their harbour-view offices on the opposition floor of Macquarie Street under the new regime.

With less than two years until the next election, there is one question for the deeply divided caucus:

What is more important? Power in Labor, or Labor in power?

03/06/2021 Lifestyle Comments Off on What matters most – power within Labor, or Labor in power?
Lifestyle