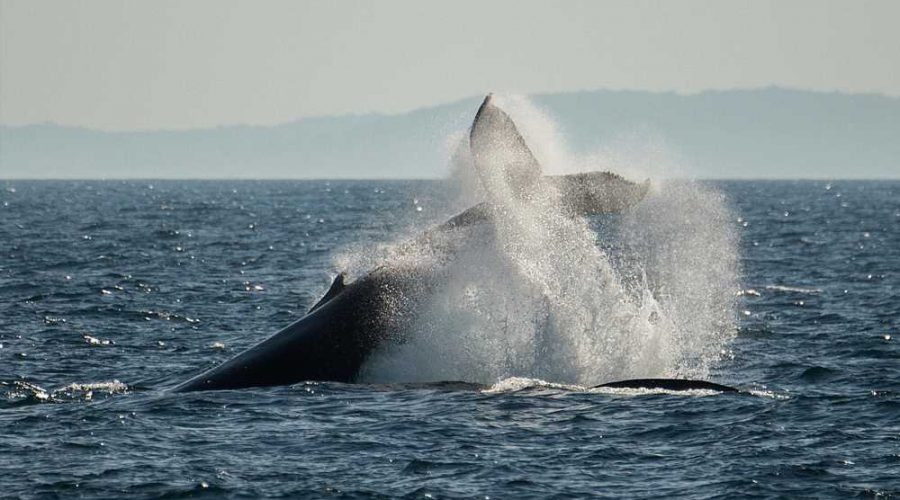 Hopefully Dory, Marlin and Nemo are nearby.

Seafloor recording technology has caught humpback whales singing to one another off nearby shores, prompting scientists to learn more of their local habits in New York waters.

Their tune, which to an untrained ear sounds like Darth Vader breathing in slow motion, was discovered about 70 miles south of Long Island “in one of the world’s busiest waterways” known as the New York Bight.

“By listening for humpback whales in waters off New York, we found exciting evidence of humpback whale presence in winter and spring,” said Julia Zeh, lead author of a freshly published study on the whales’ pitch which now appears in the journal, Marine Mammal Science.

Zeh, with fellow researchers from the Wildlife Conservation Society along with both Columbia and Syracuse universities, also found emphasis for “the conservation needs for this area and the many questions we still have about humpback whale occurrence in this habitat,” as nearby visual sightings of these marine mammals have also increased.

Some things already known about these vocals is that only males produce songs to attract a partner during breeding season while they, along with females, sub-adults and salves, chant different sorts of calls in other, unique social contexts, according to co-author Melinda Rekdahl of WCS’s Ocean Giants Program.

This study, the first peer-reviewed accounts of these whales’ local “acoustic occurrence,” began in 2008 when Cornell University placed its recorders at the water’s bottom for different research; the presence of humpbacks was only recently analyzed from it.

That new data will go to informing future conservation efforts for the increasingly frequent whales in the New York Bight, according to researchers.

“The more we know about how and when whales use these areas, the more we can make informed decisions on how to better protect them,” co-author Howard Rosenbaum of that same WCS program said, adding that there has been “considerable recent interest” regarding whale habits in New York waters.