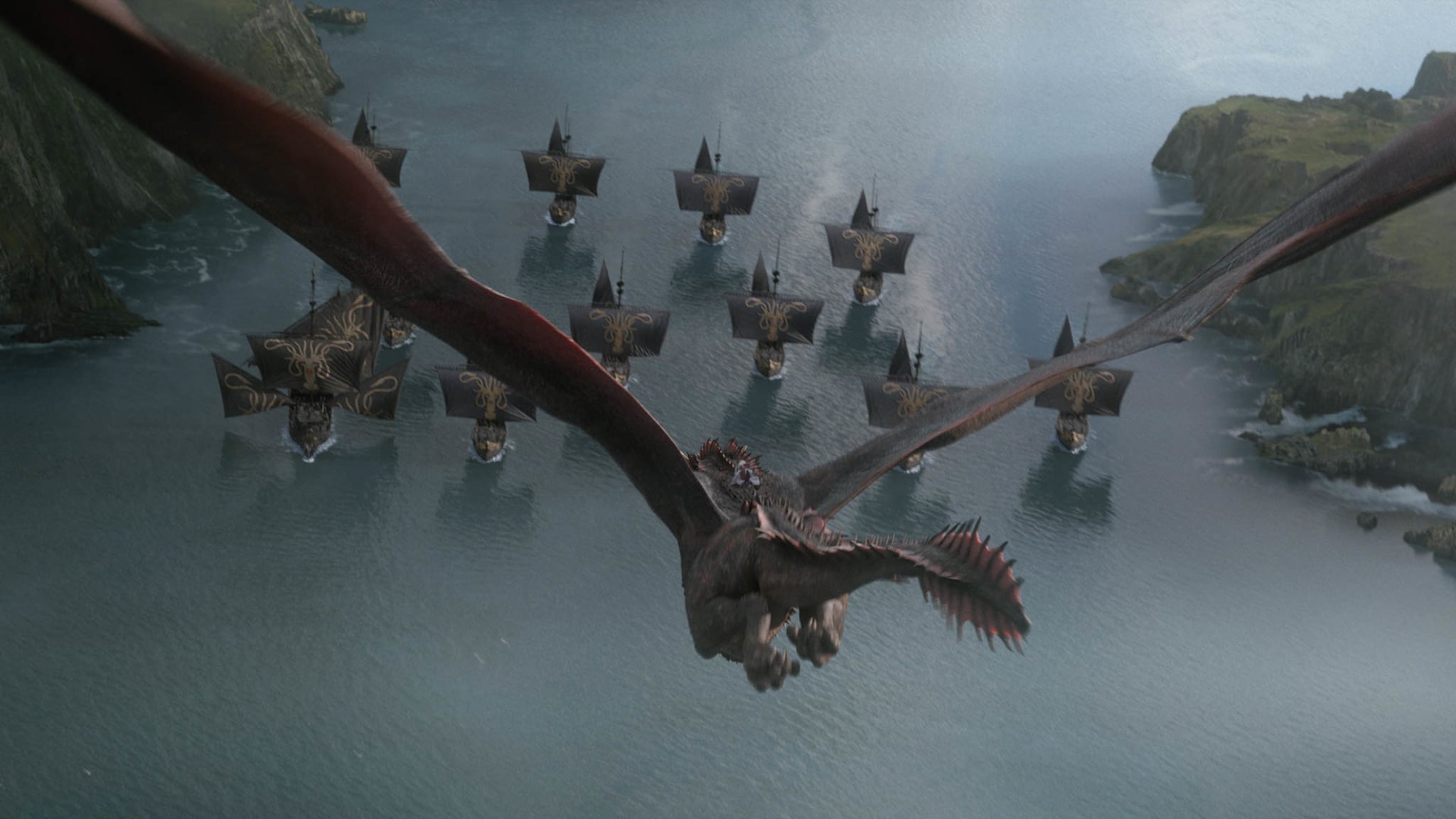 Warning: Game of Thrones spoilers ahead, so proceed with caution.

There was a time on Game of Thrones where Daenerys’s trio of dragons made her seemingly unstoppable — but that was a long time ago, and Dany’s advantage has been seriously damaged. Going into the final season, Dany was already down to just two of her three dragons, with Viserion killed and reanimated by the Night King. Ice dragon Viserion was destroyed in the Battle of Winterfell, but her other two dragons survived . . . until now. In Sunday night’s episode, Dany arrives in King’s Landing, but loses another dragon along the way.

As Dany and her forces head to King’s Landing to force a confrontation with Cersei once and for all, they make a stop at Dragonstone and are met with Euron Greyjoy’s fleet. The ships fire off a series of giant arrows designed for exactly this purpose, and they hit their target: Rhaegal. The dragon goes down, and this time, he stays down. At this point, Dany is now down to just one dragon: Drogon. Interestingly, the only dragon left alive is the one who isn’t named for a Targaryen. Viserion was named for Dany’s brother Viserys, and Rhaegal was named after her oldest brother, Rhaegar — who also was Jon’s father.

We’ve seen Dany survive the loss of one of her dragons before, but at this point, she’s lost a lot of loved ones all at once, which could mean a very dark turn is down the line for her. To recap: in the span of just a few days, she’s lost two of her closest friends and advisors, watched one dragon die for the second time and another die right in front of her, and found out that her lover is actually her nephew and has a claim to the throne she’s been fighting for. Put all of that together with the often-mentioned Targaryen temper and tendency to madness, and this latest loss could finally push Dany over the edge.