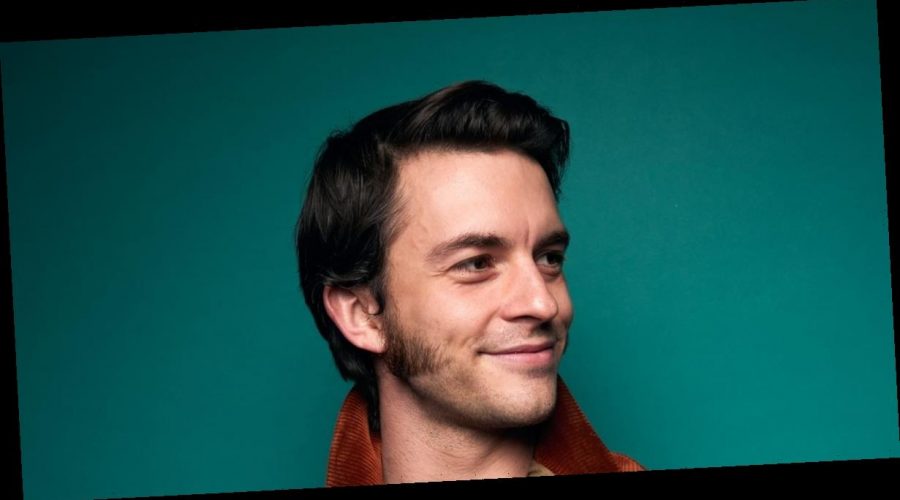 If you, like us, can’t get enough of Netflix hit show Bridgeton then you’ve come to the right place as we’re about to take a look at just who plays the part of Anthony.

Bridgerton and its wealth of racy sex scenes is the new Netflix hit which has captured the attention of viewers.

Those tuning in to the period drama may well expect something akin to Downton Abbey, but it couldn’t be a further cry away with the lead actress schooled in the art of self-pleasure by a man she’s dating.

Two big revelations which have come from the show include the fact that Violet Bridgerton is indeed Tracy Beaker's mum Carly, and that lead actress Daphne Bridgerton is the daughter of Coronation Street legend Sally Dynevor.

And one of the other lead characters is that of Anthony Bridgerton, played by handsome chap Jonathan Bailey who sports some serious sideburns in his part as the eldest brother of the show.

But just who is Jonathan? Here’s a look…

Who is Jonathan Bailey?

Jonathan is a 32 year old British actor from Wallingford.

The star is about 5ft 11 inches, roughly 1.80m tall, and for those swooning over the handsome star you’ll be pleased to know he has an active Instagram account.

Yes Jonathan can be found on social media @jbayleaf and his profile boasts 267,000 followers.

On his page, the star often posts snaps of his latest projects, with the most recent one being Bridgerton.

In the past the actor has also shared snippets of gym workouts, sexy sunsets and spending time with his pals.

By the looks of things he’s also the uncle to two very adorable tots, and the owner of a super cute pooch who he occasionally posts photos with.

What has Jonathan Bailey starred in?

Fans of the the Anthony Bridgerton actor will be pleased to hear that the Netflix hit isn’t the only credit he has to his name.

The star is big on stage productions and he starred as Jamie in the West End revival of Company. He has also had roles in Jack Ryan, Chewing Gum, Doctor Who, W1A, as Jack Patterson, and Broadchurch, as Olly Stevens.

In Bridgerton the star plays the part of Daphne’s older brother, and the eldest Bridgerton sibling which makes him the head of the family following the death of his father.

Who is Jonathan Bailey dating?

The star keeps his relationship status under wraps and there is no information on who the star is dating at present.

Jonathan is gay but plays the part of a straight character in Bridgerton.

Discussing this with Digital Spy, he said: “I think it shouldn't matter at all what character people play, but of course there is a narrative that's very clear, that openly gay men aren't playing straight in leading roles.

“A lot of straight men have gone on to play iconic gay roles and to be lauded for that is fantastic. But wouldn't it be brilliant to see gay men play their own experience?"

04/01/2021 Lifestyle Comments Off on Who is Bridgerton’s Jonathan Bailey and who is he dating? Here’s everything you need to know
Lifestyle