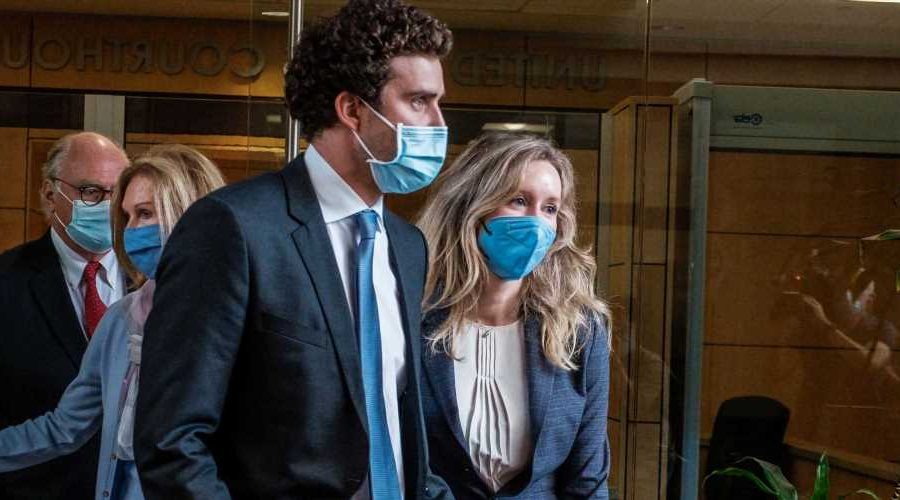 Since HBO’s documentary about Elizabeth Holmes, founder of health tech corporation Theranos, aired two years ago, the world has been on a mission to uncover even more details about the disgraced Silicon Valley exec. This time? The 37-year-old’s relationship status, which—serious news flash!—is married to 29-year-old hospitality heir William “Billy” Evans, according to Vanity Fair.

Evans has been smitten with Holmes for a while, according to his former coworkers. He even “gave her his MIT signet ring. Billy and the MIT ring, they are inseparable. He always wore it on his pinky finger,” one of Evans’ former colleagues at Luminar Technologies told the New York Post.

“He could snap his fingers and have a triple-A diamond engagement ring instantly if he wanted to. But if you give her some extravagant ring, it could end up owned by the feds if she has to give up her material possessions,” the source explained.

Vanity Fair reporter Nick Bilton has been posting updates on the couple on Twitter for months, like this one:

13/09/2021 Lifestyle Comments Off on Who Is Elizabeth Holmes Husband Billy Evans? Meet The Hospitality Heir (And The Father Of Her Son)
Lifestyle